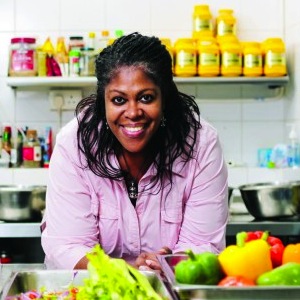 Launched by members of the defunct Women Business Owners Club as a response to Hong Kong’s growing start-up scene, the Women Entrepreneurs Network looks to build a support network for ladies with business ideas

It’s a cold Wednesday evening and in a conference room several floors above the Wyndham Street drinkers, 35 women are gathered to talk business. The bottles of wine and nibbles in the corner are untouched – there are some important issues to be discussed first.

“If anyone is thinking they can survive without social media, you can’t. It’s very difficult to get brand awareness without social media,” says Kimberly Whiley, vice-chairman of the Women Entrepreneurs Network, an initiativelaunched at the end of last year by The Women’s Foundation.

This is the group’s first gathering, The Circle, and the women who have signed up for the free event are all entrepreneurs with at least one year in business under their belt. It’s a wide-ranging group, with the fashion industry, education, financial services, retail and technology represented. There’s even a baker. Over the course of several hours they discuss the key issues of running a business – how to find clients, market and build an audience on a limited budget, managing partnerships and how to network.

The evening begins with the women in groups of four or five, each of the circles facilitated by an experienced businesswoman – someone with more than 10 years to her name – discussing the highs and lows of running a business. It is a model designed to create a supportive atmosphere for intensive mentoring.

“I’m hoping it will offer education, first and foremost, and help solve problems. We want to offer a network of people you can rely on, and be inspired by. We are taking more senior entrepreneurs and putting them in a small group of less experienced entrepreneurs,” says Elizabeth Thomson, a Hong Kong business veteran and head of the group.

Business meet-ups and networking events are nothing new – they have blossomed over the past five years as Hong Kong’s start-up scene has taken off. Female Entrepreneurs Worldwide caters for a young crowd, while Hong Kong Women Professionals and Entrepreneurs Association is primarily for local women and has strong links with similar organisations on the mainland.

Josephine Paris worked as a marketing and communications director in London and New York before arriving in Hong Kong four years ago with her husband. Since setting up her coaching business in 2012 she has tried a few of the local business networking events.

“Entrepreneurs is a big market in Hong Kong, every day there are new meet-ups and groups. I’ve been going to Heels and Deals for three years. Their speed networking events are very powerful, but the seminars aren’t as strong as what I got from The Circle. I got some great, practical advice from Lori [Granito],” says Paris.

Granito is a restaurant industry veteran and one of half a dozen experienced entrepreneurs serving as The Circle’s facilitators on a voluntary basis. Her personal warmth matched with her business credentials make her a great mentor. She runs a catering business, Go Gourmet, the private dining kitchen Magnolia, and is co-founder of Little Burro and Hong Kong’s first culinary incubator for start-ups, Kitchen Sync.

Granito knows first-hand how valuable sound advice and a solid support network can be. Twenty years ago and new to Hong Kong, she was juggling starting a catering business – “working from home on two burners and a rice cooker” – and working full time. Following an ad in the now defunct Dollarsaver, she went to her first Women Business Owners Club (WBOC) meeting.

“I had no idea what I was doing [setting up a business] and I got a lot of advice about books I needed to be keeping, what registration I needed to do, my responsibilities. And it was a great way to network,” says Granito.

That was in the mid-1990s and the WBOC, established at the start of that decade by 12 women, was in its heyday. Thomson is the only founding member still in Hong Kong. A Canadian lawyer, she came to the city in the late ’70s and in 1980 started her own business, ICS Trust, helping North American companies set up businesses in Hong Kong.

“Hong Kong was a different city back then – the word ‘entrepreneur’ was not revered. I remember having a discussion with certain chambers on the importance of entrepreneurship and they wouldn’t have it. Now most of their members are entrepreneurs and there’s startmeup.hk, start-up Weekend and all the co-working spaces,” says Thomson, who ran ICS Trust for 32 years and sold it in 2012.

The WBOC ran seminars on how to start and run a business and regular networking events, and was well supported from the get-go. Most of the women who attended were setting up home-based cottage industries, and they valued the business insights, information, contacts for lawyers and accountants and opportunity to network. But after 15 good years it faced a leadership crisis. Dependent on the support of volunteers, the group ran out of steam.

“The WBOC just fizzled out. Then, through The Women’s Foundation, we started getting a lot of requests from women starting and running their own businesses. The foundation has been strong in supporting corporates, but not so much start-ups,” says Joanna Hotung, a former member who now sits on the new Entrepreneur Network’s steering committee. “We gathered some of the core members of the WBOC who are still around to get it up and running again.”

The new group benefits from having much of the old group’s talent – Thomson, Whiley, Hotung and Granito, all WBOC stalwarts, were at the first event – as well as considerable support from organisations such as Google. But it’s not just a revival of the old club, least of all because times have changed and today’s entrepreneur is arguably more ambitious than 20 years ago.

“The fairs have just exploded; there are so many more. And there are a lot of women working for corporates who are starting businesses in finance and consulting, or women moving from big banks to setting up their own funds and fund management companies,” says Hotung.

Granito, who moved to Hong Kong thinking she was going to stay two years, says more people now know they’ll be in Hong Kong for the long haul.

“So they are going ahead and investing and thinking about a business they can build that is saleable or that they can take with them. There is a much bigger pool of entrepreneurs saying, ‘Yes, I’m going to do well and make it big’,” says Granito.

It’s this sea change that most excites Thomson, who has long been disappointed at the number of successful businesses established, nurtured and run by women that close abruptly when the husband’s job takes them away from Hong Kong. She wants to see women build businesses that are structured in such a way they can be sold and believes there is a market for this.

“There are many women working in large companies who want to do something on their own because they want more personal freedom. These women are probably more suited to buying a three- to five-year-old business than making a start-up,” says Thomson.

Scalability –crucial for any business that wants to make it big – is another issue she wants to see addressed.Thomson wants to introduce women at The Circle to key issues about the way their business is structured and financed that will enable it to scale globally.

But why run this as a women-only group? Surely men have as much need for these insights, support and advice. Thomson says the dynamic changes when men join the discussion, and different questions are asked.

“We have issues of our business, our home, our children, our parents. It might be trite to say, but I don’t think men live those issues as much as women. There are more honest questions, more deep-rooted soul-searching questions with just women,” says Thomson.

As the formal side of The Circle’s first event comes to a close, the bottles of wine are uncorked and the informal – yet equally valuable – networking begins. Paris leaves the evening buoyed by plans for her company and clutching a fistful of business cards.

“I felt like I had a one-on-one session and Lori gave me direction. I’ll definitely be back,” says Paris.