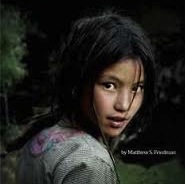 With almost 30 years’ experience in the field, Matthew Friedman could easily have written just a catalogue of horror – but he presents practical advice on what we can do to end this scourge

Twenty minutes into “Where Were You?”, I toyed with calling the editor and asking to review something else. I’m glad I didn’t. Matthew Friedman’s account of human trafficking and the evil things the traffickers do isn’t easy reading, but it is a story that cannot be pushed under the carpet any longer. Modern-day slavery exists – and on a massive scale. As long as it does, we should be speaking about it.

This is not just about the sex industry, although the young women and children conned and kidnapped into prostitution is a big part of the story. This is also about people tricked into working for very little or no money on fishing boats, construction sites and in domestic servitude.

When you first hear of slavery, the tendency is to assume that it was something that was abolished years ago, but that’s not the case. There are 36 million slaves around the world – more than at any other time in history. According to Friedman, every five seconds another man, woman or child enters slavery. With almost 30 years’ experience in the field, at first with USAID and then as a project manager for the United Nations Inter-Agency Project on Human Trafficking in Thailand, he is well positioned to write this book. And he helped found the Mekong Club, the first NGO of its kind in Asia to use a “business-to-business” approaching to fight slavery.

Last year I attended a talk he gave about the Mekong Club. In the book we learn that he gets anxious about public speaking – you’d never have guessed it from the talk – but it is something he pushes himself to do. Years of giving talks to a wide range of audiences have taught him the most effective way of approaching the subject of human trafficking. If he comes on strong with a string of horrific stories, then the audience becomes so overwhelmed with despair they shut down. But if he talks about the problem in a less serious way, he appears insensitive. So he maintains a delicate balance between the two, beginning with serious stories and ending with a hopeful message.

He takes the same approach with the book. Yes, the beginning is heavy going and there are some heart-wrenching stories that make you want to put the book down, cry and walk away. These are tales of teenage boys tricked into working on a fishing boat to work 18 hours a day, stabbed and thrown over the side of the boat to die if they complain or fall ill, and of children sold to brothels and raped repeatedly until they die from disease. 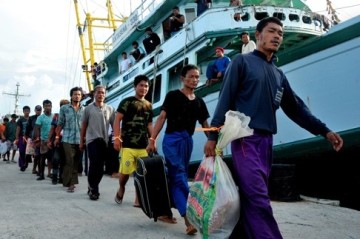 One of the most memorable stories is of Gita, a young girl in an orphanage who was rescued from a brothel. After sharing her horrific personal story, she tells Friedman she’s not angry at the traffickers, they were just bad people doing the things bad people do: “I am angry at the good people, society, you! Where were you? Where was everyone? Why did no one help? Why does no one care?”

That is the message that pervades the book – why are all the good people in the world turning a blind eye to this real-life, real-time slavery? There is enough hard information out there now to show that human trafficking is flourishing – according to the International Labor Organisation in 2014, the profits generated from human trafficking were estimated to exceed US$150 billion annually. The collective response of recent years is making a difference, but it’s a very small dent in a huge problem – less than 0.04 per cent of victims globally are helped. A lot more needs to be done.

This is not bedtime reading – I can vouch for a disturbed sleep – but it is an important read about something that should be much more widely recognised. The first step is to read this book and see what the key issues are.