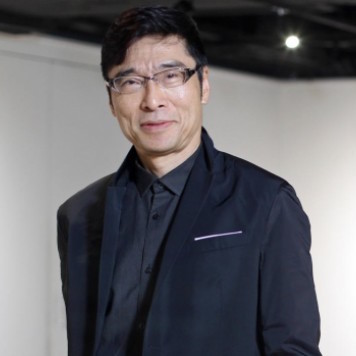 Born in Shanghai in 1948, the artist spent the Cultural Revolution drawing propaganda posters and admiring Buddhist art in temples and the Dunhuang caves, then married into a family entitled to live in the United States, where he could earn a living painting, he tells Kate Whitehead

STROKES OF LUCK I was born in the French Concession in Shanghai, in 1948. In those days Shanghai was still a very cosmopolitan city. When I was six years old, my father took me to learn painting with Wang Jimei; he was a distant relative. It was a kind of apprenticeship – I ground the ink, hung scrolls. I started learning by drawing simple lines, a simple bamboo leaf. I studied with him for 10 years. I got more experience, learned to control the brush. Then I learned Western art theory and practice from (artist and sculptor) Zhang Chongren. He had trained at the Royal Academy, in Brussels, and spoke perfect French. Now you can read books about Chinese art history, but in China, in the 1950s, you couldn’t find such books. But Zhang had this kind of book. I was very lucky to study with him – I’ve been lucky throughout my life.

SAVED BY THE ART When the Cultural Revolution started I was 19. I’d only just finished school and had no history, so I was clear. My father wasn’t – he used to go to church and, in 1958, he was arrested and sent to a labour camp. Luckily, I’d just learned how to draw in the Western way so they put me to work drawing propaganda posters. Art was seen as a vessel of the class struggle. If you did your own work it was seen as “black painting”. Of course, all artists did it; if you ban something it becomes more attractive. During the Cultural Revolution there was nowhere to go to see art, the only place was in the Buddhist temples, the caves where there were murals. So for inspiration I travelled around to see them. After the Cultural Revolution things were completely changed – no school, no library … most of the teachers you couldn’t see because they had had trouble or you didn’t want to cause them more trouble. 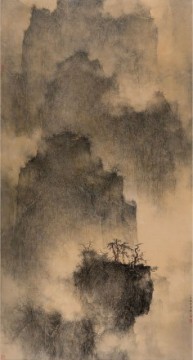 FEELING THE HEAT One of my most memorable trips was to Dunhuang, in Gansu province, in the northwest, with some friends. In Dunhuang they have 492 caves, each covered with murals. You have to cross the Gobi Desert. I was lucky, I got a ride on a truck driven by Tibetans. It was so hot that when we stopped to eat lunch, we all stood in the shadow of the truck. The driver offered me his food. I can take most things, but this Tibetan meat was very oily and the wine was not scotch, it was very roughly made. He wasn’t happy when I refused it. Then I thought of a way to ease the tension; I told him to sit and I drew his portrait. He’d never had a photo taken. Wow, he was happy. It was on that trip that I saw a mirage in the desert.

PASSPORT TO AMERICA I met my wife in Shanghai. My father-in-law is Taiwanese, but he was born in San Francisco. He graduated in 1928 from the San Francisco Academy of Art – the same school I would end up going to. He returned to Shanghai from the US and went into the banking business. In March 1979, the first US embassy was established in Beijing and, for the first time, a file was opened about how many people in China were US citizens. My father-in-law was a US citizen – before the Communists came his father had gone to the consulate in Shanghai and left a piece of paper with the names of his seven kids, who were all born in San Francisco. So, in May 1979, we got a letter saying, “We know you are US citizens.” They wanted to interview the whole family. I’d only been married three months, so I went with my wife’s family as the son-in-law. We went to the embassy district in Beijing, where they interviewed us one by one. My officer spent the whole conversation asking questions about the Chinese language – how do you write a certain character, the meaning of a word. He was very academic – an interesting guy. After 40 minutes he said, “Do you want to go to the US?” I said, “What about my wife?” He said, “They are all going.” So, of course, I am going. I told him I didn’t have a passport. He gave me a form – I’d never seen a standard American form like that – I signed it and it was done, just like that.

A NEW PERSPECTIVE We landed in San Francisco on May 10, 1982. Six months later I had a show. Most of the work I had brought with me. I went to art school in San Francisco. The Californian landscape was so different from that of China. In California you see these trees that are struggling with the wind so they have a beautiful, curved shape. It’s the wind that makes them so beautiful, like a catwalk model having her hair blown around. With Chinese painting, the final level is landscapes, that’s the highest level. In the early 1990s, I started landscape painting. I’m not trying to do something like an East-West mix. For me it’s the time gap that’s more important. I want today’s people to see Chinese painting done in this way. I’m very Chinese. Today’s Chinese is not Song-dynasty Chinese, so that’s why I want to see today’s landscape. Actually, a lot of today’s landscape you cannot see because of the traffic in China. I didn’t go back to China for a long time. I had to learn and study and establish myself in the US. I came back to China in 1992 and … continued to do what I’d always done, travelling to remote locations.

FATHER AND SONS I have two sons, neither of them are artists. You cannot force someone to be an artist. When my youngest son was a junior in high school he joined the San Francisco Youth Orchestra. He had four seasons with them and played all over Europe. I told him, “When I was a boy, if I saw someone like you I would think how lucky you are.” But these kids don’t see it – they are born in San Francisco. When he got into college, he didn’t have time for music. He studied communications – I said, “You don’t need to learn communication; you’re the best communicator in our family.” My eldest son is a serious person, very hard working. He joined the military.

NOW SHOWING IN HONG KONG I do about 10 or 12 paintings a year. I’ve had shows in London, New York, Taiwan and this is my first time in Hong Kong. I have very good people supporting me – academics and collectors. I have a studio in San Francisco and, since 2012, I’ve had a studio in Beijing. I like the atmosphere there and I can get the art supplies and materials much easier – of course, the quality we’ve got to watch all the time. I’m a lucky person. Painting is the only thing I can do – I’m 68 years old, I’ve been holding a brush for so many years.