Home / Health / Unravelling your DNA is cheap and easy 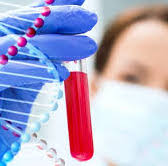 My grandad often talked of how our family was descended from Vikings. Curious to find out if there was any truth to his tale, I took a genetic test recently – and ended up finding out buckets about my health.

Genetic testing used to be strictly the domain of health care providers – they administered the test, sent the results off to a lab and then interpreted the results. Now you can do it yourself.

Direct-to-consumer testing has taken off and 23andMe – named for the 23 pairs of chromosomes in a human cell – was one of the first on the market and is perhaps the best known. I logged onto the site, paid £99 (HK$1,092)and had the kit sent to my dad’s place in the UK. Over last year’s Christmas holiday I picked up the kit, followed the instructions that involved spitting into a tube, and sent it back. Twelve weeks later I got my results by email.

(Now it’s even easier to take the test because as of April, 23andMe will send the kits directly to Hong Kong.)

I discovered I’m 100 per cent European – 70 per cent British and Irish, 8 per cent Scandinavian, 20 per cent Northwestern European, 1 per cent French and German, and 1 per cent Iberian. I was excited to see the Scandi/Northwestern European connection – surely that hints at some Viking blood? And also fun was the discovery that I’m 2.8 per cent Neanderthal. But the ancestry element is just the icing on the cake; there’s so much more to be learned.

Your test results – which you can access through a personal account on the 23andMe site – also tell you about your health. With inherited conditions, I was relieved to see I’m not a carrier of sickle cell anaemia or any genetic mutations (it’s a long list, and I’d never heard of most of the items on it).

The section on traits kept me intrigued for a couple of hours – eye colour (brown – yes), my alcohol flush reaction (don’t flush), my caffeine metabolism (fast) and a host of other seemingly random traits.

But there was a section I had absolutely no idea what to do with – the raw data. This lists all the SNPs (single nucleotide polymorphisms) on each of your 23 chromosomes. There are thousands of them and the information is presented like this: Gene, NOC2L; Position, 891945; SNP, rs13303106; Version, AG. It meant absolutely nothing to me.

I went in search of an expert and was introduced to Dr Charlene Kulenkampff at Doctor Lauren Bramley & Partners. The clinic has a reputation for being at the forefront of anti-ageing and wellness practices and it seems to be ahead of the game on this, too. 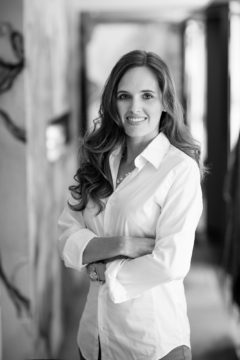 Kulenkampff became interested in genetic testing two years ago when a patient asked to have a heavy metal test because two of her friends had autistic children and a doctor said he suspected the cause might be mercury. She tested her mercury levels and they were the highest she’d ever seen. So were the woman’s friends. Kulenkampff was planning a second child, so she also tested herself and found she was also very high in mercury. She was surprised – she doesn’t have mercury fillings, doesn’t eat much fish – so she took the 23andMe test.

“The 23andMe result confirmed it – I’ve got a methylation issue that won’t allow me to detox properly. All the people who test high for heavy metals have this issue,” says Kulenkampff.

The good news is if you know you have a methylation issue and test high, there’s a detox programme to eliminate mercury and heavy metals from your body.

“23andMe can show you so much – why people get thyroid issues or mood disorders. When people come in complaining of fatigue, by doing 23andMe we can see exactly why they are fatigued, that they are functioning at 40 to 60 per cent of what they could,” says Kulenkampff.

The 23andMe test is just the starting point. To get a really detailed analysis about your health you need to dig deeper and that means interpreting the raw data, the thousands of SNPs attached to your genes. Fortunately there are a number of websites that will do this, most for free and others for a small charge. Kulenkampff gave me a list.

The first one I try is geneticgenie.org, which does a methylation analysis for free (you can make a donation if you wish). It’s easy to use – you can either upload your raw data file to the site or let it connect directly to your 23andMe account. It takes just a few minutes for me to discover that I’ve got a couple of tricky methylation genes.

We have two copies of most of the genes we are born with – one from our mother and one from our father. If there are no mutations at a specific gene location the result is displayed as (-/-). If one is mutated you get (+/-). A mutation isn’t necessarily bad – it just means it’s different – though if something isn’t working as it should it’s not ideal.

I plug my raw data into the other sites and get reams more information. On the Athletigen site – which is free – I discover I am able to reach my optimal heart rate more easily than others (true) and that my lactate levels are slow to adapt compared to other people (also correct). The site also offers tips on how best to train given your body’s unique make-up, your DNA. Fitness junkies will love this site.

One of my favourite sites is LiveWello, which will create a health report based on your raw data and tells you which drugs are likely to work well for you and which may cause problems. And it’s this side of the testing that really appeals to Kulenkampff.

“It’s so much more personalised, more accurate. We can test how a person will respond to different kinds of medication, from the contraceptive pill to certain types of TB drugs or what meds they should use for high blood pressure, instead of loading someone up with medication they don’t use well and will have side effects,” she says.

This is health care for those with time and money. To begin with, it will probably appeal to those who are already conscious about exercise and diet, but I expect within five to 10 years it will become mainstream. It’s not just about fixing health issues – it’s about prevention.