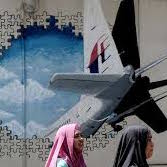 Christine Negroni believes lack of oxygen on the flight deck from decompression and the first officer’s failure to don his oxygen mask in time led to the loss of the Malaysia Airlines flight in 2014, although hers is one of many theories

On August 14, 2005, a Boeing 737 flying from Cyprus to Athens ran out of fuel and crashed into a mountain after being airborne for more than two hours. The disaster that struck Helios Airways Flight 522 began five minutes after take-off when, at 3,657 metres (12,000 feet), a warning noise alerted the pilot that the cabin altitude had exceeded 3,000 metres amid a drop in pressure. The same alarm sounds on the runway if the plane is incorrectly set for take-off, but neither the pilot nor co-pilot appeared to be aware the noise was a warning.

Even when the oxygen masks dropped a couple of minutes later, they didn’t make the connection. For eight minutes they communicated with the operations centre in Cyprus, and the men on the ground became increasingly confused.

It transpired that the pilots were suffering from hypoxia – a lack of oxygen. Sometimes a plane loses cabin pressure – either slowly through a broken seal, for example, which will cause those inside to feel dizzy and lightheaded before becoming incapacitated; or suddenly – rapid decompression – which can lead to a violent end. In the case of Helios 522, it was a slow loss of pressure, and the pilots didn’t realise they were suffering from hypoxia.

“Rather than put on their masks, they tried to diagnose what the horn was telling them, which is a signal that they were already compromised. So both of them passed out and the plane continued its ascent, and on autopilot, kept flying until it crashed into a mountain,” says Christine Negroni, author of the recently released book The Crash Detectives: Investigating The World’s Most Mysterious Air Disasters.

Negroni believes that what happened to Helios 522 can shed light on the fate of Malaysian Airlines flight MH370, which disappeared on March 8, 2014, with 239 people after taking off from Kuala Lumpur en route to Beijing.

A journalist by training, Negroni has spent eight years as a crash investigator, served on the US Federal Aviation Administration’s rule-making committee, and wrote the book Deadly Departure, about the July 1996 disaster that befell TWA Flight 800, which exploded and crashed into the Atlantic Ocean shortly after take-off from New York.

The Crash Detectives is among the slew of books claiming to have the answer to the fate of the Malaysian plane. Fast off the press was Flight MH370: The Mystery by Nigel Cawthorne, which criticised the failure of governments and organisations to share information. Goodnight Malaysian 370, by pilot Ewan Wilson and journalist Geoff Taylor, claimed the pilot deliberately ditched the plane. And British military air traffic controller Peter Lee claimed its disappearance was deliberately perpetrated in MH370: By Accident Or Design.

In March this year, on the second anniversary of the plane’s disappearance, Florence de Changy, Hong Kong-based correspondent for French newspaper Le Monde, published Flight MH370 Did Not Disappear in French (an English edition is in the works). And CNN’s Richard Quest published The Vanishing of Flight MH370: The True Story of the Hunt for the Missing Malaysian Plane, which speculates that the plane was downed by some kind of mechanical failure.

With more than two decades of experience writing about air safety, and her work as an investigator, Negroni has a virtual encyclopedia of crash scenarios at her fingertips.

“Inside my head is a whole parcel of index cards of aviation disasters. You don’t want to be inside my head; it’s a nasty place, especially when you are on a plane,” she told a packed crowd at a lunch at the Foreign Correspondents’ Club in Central last month.

She was in Hong Kong to join a panel discussion, the “Malaysian Airlines Experience”, at the International Air Transport Association (IATA) Crisis Communications Conference.

Negroni’s theory of what happened to MH370 began forming within a week of arriving in Malaysia to help ABC News cover the story. She spent five weeks in the country, going to bed each night with the sense that something “unprecedented” had happened, as Malaysia’s transportation and defence minister was known to repeat often.

“In fact, over the past 100 years more than a dozen airliners have disappeared without a trace. And even when a missing plane is found it is sometimes difficult to determine what went wrong,” she writes in the introduction to her book.

In a nutshell, Negroni believes that a massive electronics failure caused the two transponders and radios to fail, and a decompression of some kind left the pilots victims of hypoxia. The resulting effects caused the co-pilot to make erratic decisions.

She envisages that MH370 reached a cruising altitude of 10,600 metres and the captain, Zaharie Ahmad Shah, went to the toilet, leaving first officer Fariq Abdul Hamid in command of the cockpit. It was at this point that decompression occurred, she reckons. The 27-year-old first officer would have known that in such an event the first thing to do would be put on his mask and then deal with the situation, but Negroni believes he failed to do this.

“I don’t think it was the first thing he did. He took the transponder and alerted an emergency, but the time of useful consciousness at 10,000 metres is five to 15 seconds. I think he erroneously put the transponder on standby and then donned his mask,” Negroni says.

It gets worse. She believes that the first officer’s oxygen mask wasn’t working properly because the oxygen cylinders for that flight had recently been reinstalled, and cites examples of problems with oxygen canisters after servicing. Without enough oxygen in his lungs, and suffering from hypoxia, she thinks he wasn’t able to make an intelligent decision and changed the plane’s direction towards Langkawi.

“Whatever he was thinking wasn’t logical. All we know is that the plane went off on a course that defies explanation and disappeared like a zombie flight into the south Indian Ocean,” Negroni says.

This theory assumes that Fariq, an experienced co-pilot, ignored his training – something Negroni says people in the aviation industry find incredible. “The insidious nature of hypoxia means that you can’t do the right thing because you can’t remember. It is defeating your very alarm mechanism.”

The hypoxia theory is not new. In fact, it was suggested early on in the investigation. There have been previous cases of so-called ghost flights – where planes continue to fly unmanned to the set destination. The Australian Transport Safety Bureau released a report indicating that several factors in the loss of MH370 are similar to other crashes resulting from hypoxia, such as failing to maintain cruise altitude or the cutting off of communications.

But the hypoxia scenario does have flaws. If it did incapacitate the crew, who turned the plane around the moment after the last routine communication with air traffic control indicated that everything was normal?

There is no shortage of theories as to what happened to MH370, and the bottom line is that no one has solid evidence to support their theory, which is why we are left playing guessing games. Negroni is certain, however, that the secret is not necessarily locked up in the plane’s black box, which may never be recovered.

Negroni believes that while millions of dollars are being spent trying to find the missing plane, there is plenty of information on the ground that could shed light on the mystery. Information such as the maintenance history of the plane, the policy that required the oxygen bottles to be serviced before the flight, the logbooks, details of the lithium cargo. It’s a myth that accident investigations are objective, she adds.

“The very strong element that goes with it is the motivations of the parties that have something to gain or lose in the investigation,” Negroni says. “They should not be overlooked. Many factors are manipulated, misunderstood and under pressure. The stakes are very high.”