Home / Health / It looks good, but is it nutritious? 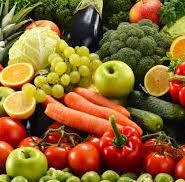 Produce that is harvested when ripe and only travels a short distance will have higher nutritional value and the best flavour, so try to buy fruit and vegetables in season; consider frozen veg too

Many of us will have travelled overseas, eaten something simple, such as a tomato, and been shocked to discover that it tastes nothing like the tomatoes we get in Hong Kong. It actually tastes good, and is packed with flavour.

So what’s going on? Why do the fruit and vegetables in our supermarkets often taste so bland? And does decreased flavour equate to decreased nutritional value?

The nutritional value of food has been decreasing over the last 60 years. A study published in Scientific American found that fruit and vegetables grown decades ago were much richer in vitamins and minerals. It pointed the finger of blame at soil depletion – modern intensive farming has stripped increasing amounts of nutrients from the soil.

The falling nutritional value of fruit and vegetables is a global issue, but in Hong Kong we have the added complication that the vast majority of our food is imported, and it loses nutrients – and flavour – throughout its journey.

Consider, too, that some of the varieties of produce found in Hong Kong supermarkets were chosen for their ability to withstand long-distance transport. Produce such as apples, nectarines, melons, apricots, peaches and tomatoes can ripen after being detached from the plant. So if they are intended for Hong Kong they might be harvested especially early.

“Harvesting early means that full colour may be obtained, but the nutritional value might not. This is seen in studies showing that the level of vitamin C is higher when crops are picked when the fruit is ripe,” says Monica Proctor, a nutritionist and genetic and health counsellor at Dr Lauren Bramley & Partners, a medical practice in the city’s Central district.

She advises buying produce in season, which means checking the country of origin and then working out whether the produce is in season there. A study in the International Journal of Food Science found that broccoli contains twice as much vitamin C when it is in season.

Joshua Keil is a registered dietician at the newly established Optimal Family Health clinic in Central. A Canadian by birth, he has lived in China and Hong Kong for a couple of years and understands the challenges of trying to eat healthily – and affordably.

“When I buy Canadian blueberries in Hong Kong they taste horrible compared to the blueberries back home. As soon as food is picked it starts losing its flavour and nutrition,” says Keil.

Eating healthily was even more challenging when Keil lived in China because of well-founded concerns over pesticide use and polluted soil. Some fruit and vegetables are more likely to be loaded with pesticides. The Environmental Working Group in the United States produces an annual list of the top 12 foods that test positive for pesticide residues. This year’s “Dirty Dozen” includes strawberries, nectarines, peaches, celery, grapes, cherries, spinach, tomatoes and apples.

“When I lived [in China] people almost always peeled apples because they knew about the pesticides. I used to peel them and then I just gave up eating applies in China,” says Keil.

Eating healthily in Hong Kong is a matter of weighing up a few factors – nutritional value, pesticide risk, affordability and convenience. The best option is not surprisingly the most expensive – organic produce.

“Make sure you pick organic produce that has been certified in Europe, the US, Japan or Australia – those countries have strict regulations in place,” says Keil.

The same cannot be said for produce labelled “organic” from China. Keil says that organic boards in the US and Europe have strict requirements for soil, for example stipulating that chemicals can’t be used on the soil for three years. Even if the rules in China were similar, he doubts they would be enforced.

“If someone told me something was from an organic farm in China I wouldn’t touch it because the quality control isn’t very strict there. There are a lot of factors – how food is grown, transported and stored – that affect the produce. To see that label from a Western country you know it’s good because there are strict controls in place,” says Gabrielle Tuscher, a registered dietitian and nutrition therapist.

Chinese-grown fruit and vegetables get a bad rap and for good reason. More than 16 per cent of arable land is polluted with heavy metals such as cadmium, arsenic, lead and mercury, another 20 per cent has high pollution levels. Then there’s the chronic air pollution. All of these make their way into the food chain.

The big draw for eating properly certified organic produce in Hong Kong is that it will be free of pesticides and chemicals, something you cannot be certain of with non-organic vegetables in the wet market and supermarket. But in terms of nutritional value, studies suggest that organic produce doesn’t come out much higher.

“Scientifically there is no proof that organic produce is much better nutritionally, but you know that it doesn’t have any unnatural stuff on it – pesticides, chemicals,” says Tuscher.

Generally speaking, the closer you are to where your food is grown the better because it will be fresher and more nutritious. With a short distance to your plate, it will be packed with more nutrients. On that basis, if you can afford a local organic food supplier you should opt for that.

“A supplier like Eat Fresh HK sources local organic food on a subscription basis, it tends to be seasonal produce and it delivers food to central points. Using something like that is good, but it’s not realistic for many people,” says Keil.

If organic – international or local – is out of your budget, the next best option is to buy your fruit and vegetables in the wet market or supermarket and wash them well to get rid of any pesticides. Tuscher recommends putting vinegar in a bowl of water for a thorough cleaning.

Proctor also has a tip for buying produce in local supermarkets. She advises asking the shop manager which day they get their produce in and then shopping on that day to get the freshest goods. And when picking fruit and vegetables, don’t focus solely on appearance. She advises turning to a guide such as kitchn.com that is packed with advice on specific vegetables. Broccoli, for example, should have firm stalks and tight florets with crisp green leaves; avoid yellowed or flowering florets. And the fresher your greens, the more nutritious they will be.

Keil’s top tip for eating non-organic fruit and vegetables bought in local supermarkets is to buy produce you can peel so you don’t eat the skin, which is where pesticides accumulate. For example, if he buys cucumbers he peels them. Mushrooms are apparently not sprayed with pesticides, so there is no need to buy organic.

Tuscher says there is a popular misconception that frozen vegetables are nutritionally inferior to fresh produce, but that’s not the case. In Hong Kong, where the alternatives may be laced with pesticides, frozen food comes out on top. Opt for frozen vegetables that have a low water content, such as broccoli, cauliflower, carrots, peas and sugar snaps.

“It would be good to get over the stigma that frozen means less nutritious,” says Tuscher.

All this may seem a little daunting, but the bottom line is that no matter whether you eat imported organic vegetables or shop for vegetables in the wet market, the important thing is that you’re eating your greens. The negative impact of not eating fresh produce far outweighs the issues of reduced nutritional value and pesticides.

“I’ve seen too many people that don’t eat enough fruits and vegetables and the resulting health consequences,” says Keil.