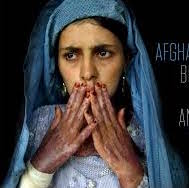 Paula Bronstein has spent years depicting the lives and suffering of ordinary Afghans, with a focus on women who attempt suicide to escape forced and abusive marriages

A young Afghan woman, her burqa drawn back over her face, presses her fingers against her lips. Her hands are badly burned, the skin puckered and blistered. Beneath her pale blue cotton dress 70 per cent of her body is severely burned, but her face is unmarked and her eyes show the agony of her situation.

American freelance photographer Paula Bronstein met 18-year-old Masooma in Herat in eastern Afghanistan, close to the border with Iraq. It was October 2004 and she was working on a piece about self-immolation. Masooma had attempted suicide by setting herself on fire. She was one of many young women who sought release from their lives this way; a whole ward at the hospital in Herat is set aside for self-immolation victims.

“It’s really important because it focuses on the whole idea – she is destroying herself so that no man really touches her again. Why do these women do this? Because they are in horrible situations, because they don’t want to live any more, they don’t want to be with the man any more who possibly purchased them, to get out of debt, or child marriage. They are never love relationships – a woman is property,” Bronstein says. 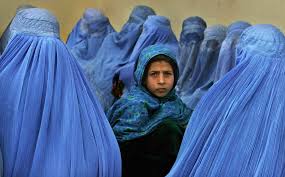 At some point, there is a breaking point for these women, she says. They spend much of their time in the kitchen and cooking oil offers an easy and accessible way out.

“I heard that they did this because it’s what Iranian women were doing to get out of their marriages,” says Bronstein, who has won a string of top awards and been a Pulitzer Prize finalist.

That powerful image – beautifully shot, Masooma’s anguish raw – is the cover of Bronstein’s recently launched book, Afghanistan: Between Hope and Fear. It is the most powerful portrait of Afghanistan I’ve come across – these are images that you will never forget. It shows the damage and suffering of a country and its people in more than a decade of war.

Bronstein is holding an exhibition of images from her book at the Foreign Correspondents’ Club in Hong Kong until October 31. The exhibition is open to the public from 10am to 12 noon and 3pm to 5.30pm daily.

Bronstein first went to Afghanistan soon after the September 11 attacks in 2001. She was documenting the US-led Operation Enduring Freedom for Getty Images. And she kept returning, through American’s longest ever war, driven by a desire to catalogue the lives of ordinary Afghan people.

“I was working for a news wire and looking at every kind of story. I did a huge variety, whether it was a news story or to do with the election or issues such as health care, girls’ education and sport. It was about mixing it up and delivering a story around the news that would be interesting to readers,” says Bronstein, who was a Getty staff photographer from 2002 to 2013 covering news stories in the Asia region.

Bronstein was in Hong Kong in 2014 covering the occupy protests and made front page news after being arrested on suspicion of criminal damage after climbing on a car bonnet to take photos. 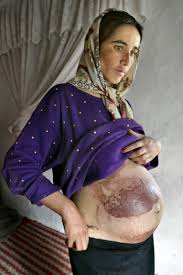 But it’s her images of women that are the most powerful. Conservative Islamic beliefs, tribalism, the lack of education and poverty all add up to make it a very difficult place to be a woman, and Bronstein’s sensitivity to their plight made for deeply human portraits. As a female photojournalist she was able to gain the trust of these women. However, much of the time if access was granted a first time it was by men – brothers, husbands – who refused to let her return.

An exception was 27-year-old Mariam who, devastated by an abusive marriage, doused herself with household fuel and set herself alight when she was six months’ pregnant. She spent 28 days in hospital. Bronstein photographed her when she was nine months’ pregnant, her swollen belly showing the painful scars of her suicide attempt. After Mariam’s child was born, Bronstein was able to go to her house and meet the new mother and her husband.

“It depends on security, but most of the time I can’t go back,” says Bronstein, who is based in Bangkok.

Writing in the foreword to the book, war correspondent Kim Barker describes being on assignment with Bronstein, covering the story of Afghans becoming hooked on heroin. They sat in a dark room with a mother and her two children as they smoked the drug.

“Bronstein is not some impassive journalist – after finding the family, she helped get them into rehab. Bronstein was continually adopting Afghans she met while on the job, always trying to help them in some small way,” writes Barker.

That image of the heroin-addicted mother smoking with her children is in the book, as are images of addicts shooting up in an abandoned Russian cultural centre. In a country where people are desperate to escape difficult lives and a shot can be had for US$1, heroin addiction is a problem that’s not going away. Worse still, without access to medicine, opium is often a substitute for children.

“The heroin addicts now are hanging out on the streets, under bridges. They are really rough and nasty and dangerous. They steal things from you. I had to hire police the last time I went under the bridge. I would never go there on my own,” Bronstein says.

Personal safety is a huge part of covering a country like Afghanistan. Bronstein knows that every time she enters she’s at risk, and she has friends who have been injured, some killed.

“I told Getty I wouldn’t be going on patrol unless I absolutely knew it was on a main road where there wasn’t any IEDs [improvised explosive devices]. People were getting blown up in the poppy fields and stuff,” Bronstein says.

Her friend photographer Giles Duley was nearly killed in 2013 in Afghanistan after stepping on a landmine. He survived and is a triple amputee, still working as a photographer. And Associated Press photographer Anja Niedringhaus was killed in an attack in which her colleague Kathy Gannon survived.

“Between the two of them they had decades of experiences and were with the police,” she says, but were in an extremely volatile border area. “It doesn’t matter what you do, part of it is just damn luck.”

Another dimension to photographing in a war-ravaged country is that everyone has their hand out, says Bronstein, a result of so many years of being helped by NGOs. Although she wouldn’t give money, she doesn’t believe the media should arrive empty handed, depending on who is being photographed. If it’s a poor family, she usually takes rice or cooking oil.

“In Afghanistan it’s expected. The mentality is – what’s in it for them? You’ve got to know who you are photographing, but absolutely never give money. The only time I have given money was out of respect at a funeral,” she says.

It was the funeral for a self-immolation victim. Bronstein had spoken to the 18-year-old woman in hospital. She had burns to more than 65 per cent of her body, but was sitting up in her hospital bed, talking. Bronstein left to have a meal, and when she returned the teenager had passed away. She learned then from the doctor that it is not uncommon for severe burns victims to have a last surge of energy before dying.

“In Afghanistan there is a lot of tragedy, you don’t become numb to it,” she says.

Has working in Afghanistan and the suffering she’s seen first hand taken a toll on her personally? Bronstein doesn’t answer directly. Instead she describes how she has learned to work in the country, the brutality of the Afghan police who didn’t care whether the journalists were men or women, and often treated them with the butt of a gun.

“Authorities, police, bureaucracy, threat levels, heart-wrenching stories – there’s lots of things to deal with. But you see pictures of weddings and body building and kids going to school and beautiful landscapes, so it’s not all depressing, is it?” she says.

And it’s true, the book does include lighter moments of life in Afghanistan – a woman in a white burqa feeding the pigeons at the Blue Mosque, a 70-year-old toothless man laughing, a young boy flying a kite. But the overriding image is of a people that have suffered immeasurably. There is a photograph of two boys holding toy guns at a New Year celebration. As Bronstein notes in the book’s afterword: “If conflict is all you ever experience, can happiness ever be defined without it”?

Afghanistan: Between Hope and Fear, published August 2016 by University of Texas Press. (Hardcover available from Amazon US$40)