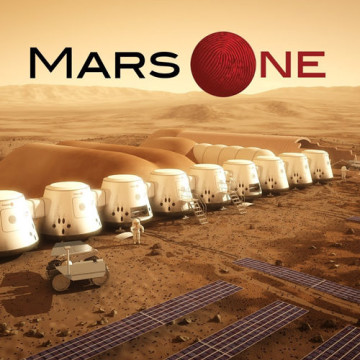 Thousands, including two from Hong Kong, apply for the ultimate reality show – a one-way trip to colonise the red planet with cameras in tow

A handful of Hong Kong and mainland Chinese are among more than 165,000 people from 140 countries vying to spend the rest of their lives on Mars.

A Dutch company, Mars One, has been grabbing headlines in what is undoubtedly the wildest pitch ever for a reality TV show – a one-way trip to the red planet for a select group of wannabe colonists while the rest of us earthbound folk get to watch their adventures on the box.

At least two aspirants are from Hong Kong, while 13,125 entries – the second most from any country – are from mainland China.

Graphic design student Singh Jujhar and 52-year-old Chi Siu have paid the US$36 application fee and uploaded a video profile to the Mars One site. They both meet the broad requirements – 18 or older, in good health, with good people and survival skills and a reasonable grasp of English. But why ditch your family, friends and creature comforts for an uncertain future on a remote and hostile planet?

Singh says he’s been interested in space travel as long as he can remember and his favourite movie as a child was Mission To Mars.

“Gary Sinise was one of the stars of Mission To Mars. This time I hope I get to be in the cast of the [Mars One] movie, a movie that will become reality,” says Singh, a student at SCAD in Sham Shui Po.

Singh’s space dream took flight when he was one of two students in his school selected to meet China’s first astronaut, Yang Liwei , when he visited Hong Kong in 2003.

“I met him at the Space Museum. He was just a normal, average person who went into space and came back a superstar,” says Singh.

But there will be no coming back for Singh if he is accepted. Mars One founder Bas Lansdorp expects the first colonising mission to Mars to cost in the region of US$6 billion and says technology for a return mission does not exist.

“Even if a return mission were available, it would be uneconomical, dangerous and unnecessary,” says Lansdorp.

Rather than focus on the one-way aspect, he and his team prefer to see it as a first step in colonising Mars and liken the Mars One participants to the pioneers who have risked their lives throughout human history to open new doors and regions. 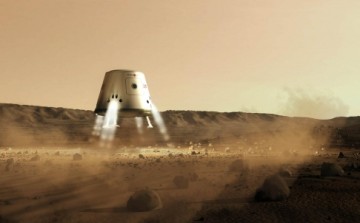 But unlike the early explorers and migrants of the 20th century, the Mars settlers will be in constant contact with earth. Not only will they be able to talk to anyone they want to on earth – with a 20-minute delay – they will be household names, stars of the biggest reality show ever, if the Mars One project goes ahead as organisers hope.

“Of course I will miss my family and they will miss me, but they’ll be able to watch me [on TV] and I’ll be making them proud of me,” says Singh.

Mainlander Cai Yuyang also hopes that the reality TV show will be of comfort to the loved ones she leaves behind if she is chosen. The 27-year-old business student at Yunnan University hasn’t dared tell her parents, but she has told her husband and some friends.

“My husband says I’m crazy, he doesn’t believe me and will hate me if I am chosen and go. Only a few of my friends showed generosity. They are kind and think I deserve to try. I want to choose my own direction in life,” says Cai.

She is one of the many thousands of mainland Chinese applicants. The interest from China was so strong that in May the government issued a series of reports through major news outlets alleging that the project was a scam, but that didn’t worry Cai.

“I didn’t believe the bad things they said, but some people still doubt whether it’s [a hoax] because of those stories. People in China are enthusiastic about space, that’s why there has been so much interest. And China has one of the world’s largest populations, so of course more people will apply from here,” says Cai.

Those concerned by the mainland media reports will be reassured to know that Mars One has the backing of a handful of well-known and respected ambassadors, such as Dutch Nobel laureate Gerard ‘t Hooft , who won the 1999 prize for physics, and the chairman of the Netherlands Space Society, Gerard Blaauw. And no surprise that the inventor of the reality TV show Big Brother, Paul Romer, is also a huge fan, predicting that it has the potential to be the biggest media event in the world.

Cai expects that the most challenging aspect of life on Mars will be adapting to a new environment, not just physically but also psychologically. “Some people might panic or go crazy and feel alone – and I think it will be pretty lonely, like the David Bowie song Life on Mars. But I’m very adaptable, I’ll manage.”

The project organisers claim that risk will be reduced to an acceptable level by not only employing proven technology from the best aerospace companies, but by training the crew for eight years to ensure that they are well prepared.

Singh’s biggest concern is the journey to the red planet and whether he will be exposed to dangerous levels of radiation. It’s a legitimate concern. But Lansdorp counters that as it’s just a one-way journey, thus reducing the time spent travelling through space, exposure to the dangerous cosmic rays will be significantly reduced.

“I want to get away from earth and explore the universe. I’m curious about what life is like out there. Will there be other species out there? I think it’s really possible,” says Singh.

Singh and Cai’s applications – and many thousands more – are available for view on the Mars One website. Applicants have the option of not making their profiles public, but as you might expect of people applying for a reality TV show, many are not shy. Hundreds of applicants speak of a long-standing dream to travel into space, just as Singh and Cai do, but, reading between the lines, there are almost as many reasons for wanting to leave earth as there are people.