Home / Business / Room On Board 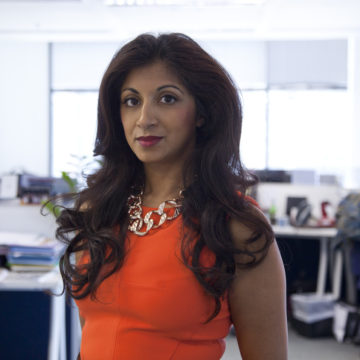 Hong Kong has a large pool of talented women and access to affordable domestic help – so what is stopping them from reaching board level?

That is the question on Shalini Mahtani’s mind. She is the founder and former CEO of Community Business, which marks International Women’s Day on March 8 with an annual report on the representation of women on Hang Seng Index-listed company boards.

What’s more, there is plenty of evidence from leading firms such as BlackRock and McKinsey showing that balanced boards make good business sense.

“Companies show positive business performance when they embrace the concept of diversity – not just women, all aspects,” says Kirti Lad, the Hong Kong director of executive search firm Harvey Nash and co-founder of the Women’s Directorship Programme at the University of Hong Kong, run in conjunction with Harvey Nash.

“I get that there are organisations that want to remain closed and don’t necessarily want external ideas coming in, but that’s not remaining ahead of the game; it’s not good corporate governance and it can’t be good for stakeholders,” Lad says.

When Community Business first launched its league table in 2009 – its latest Women on Boards Hong Kong is released today – 8.9 per cent of board members on Hang Seng-listed companies were women. Last year it was 11.1 per cent, this year it’s 12.4 per cent.

“It’s positive there has been progress, but overall it’s very slow. And compared to other markets such as the UK and Australia it’s really very slow,” says Fern Ngai, CEO of Community Business.

“If you look at Europe, they have seen a significant increase over a shorter period. In Hong Kong there isn’t the recognition of the value that diversity brings. We are dealing with institutional barriers that prevent women from being represented at the highest level,” Lad says.

Many think a quota system is not the best option. Ngai backs meritocracy and says there are capable women with the right experience who are not getting seats.

“Norway has a strict quota system of 40 per cent, but that hasn’t translated into gender diversity for CEOs and they struggle to meet the quota,” Ngai says.

The 30% Club Hong Kong was launched in March 2013 to bring more women onto corporate boards, with a 30 per cent target at some stage.

“The government actually sets a target of 35 per cent of women serving on ASBs [advisory and statutory bodies]. It’s great the government has shown that kind of leadership and direction, but we need to see more cross-pollination happening,” says Su-Mei Thompson, the club’s founder.

She sees women getting board experience in ASBs, but not crossing from non-profit to corporate boards.

Lad says if the 30% Club is to be more influential in Hong Kong, it needs to sign up more local companies. Some company chairmen, such as Michael Kadoorie at CLP Power, and Stuart Gulliver at HSBC, are positive about diversity but they are in a minority, she says.

“You’ve got companies in Hong Kong who are genuinely global and doing the right thing, but further down the field that’s not the case and partly that’s because they don’t get the business case or see the value of it,” Lad says.

What Hong Kong needs is a “face” for the movement, someone to champion the cause. “It’s ironic that Mervyn Davies, who ended up leading the charge in the UK, was at Standard Chartered in Hong Kong,” Thompson says.

Davies joined the board of Standard Chartered in December 1997, and was group chief executive from November 2001 until 2006. In 2011, he asked Britain’s FTSE 100 companies to ensure that 25 per cent of directors were women. He has since extended the voluntary challenge to all firms in the FTSE 350 and called on them to reach a target of 33 per cent by 2020.

“Hong Kong is missing someone like Mervyn Davies, that quasi-government bridge not only holding companies to account but also having government backing this and saying it’s good for our country and economy. If Hong Kong wants to be on the map as a global competitive player, this should be part of how we do business,” Lad says.

Ngai agrees, saying that Davies spoke to chairmen in Britain and made it personal.

“He would say things like, ‘You wouldn’t want your daughter to grow up and not have the same opportunities that you had’,” Ngai says.

So what is stopping more women getting onto corporate boards in Hong Kong? Searches for talent aren’t wide enough, Ngai says, and companies should use an independent party, an executive search firm.

Lad says that, without using search firms, companies are not seeing who is available and directors who only know men will put forward men.

On top of that, there is no term limit for directors on Hong Kong boards and there’s little room for fresh blood when some members stay 20 or 30 years.

Mahtani says most boards use their own networks when they need to fill a position. “We are all restricted by networks. The old boys’ network is quite strong in Hong Kong. In the Western world there is much more understanding that professional search is a good way of finding someone.”