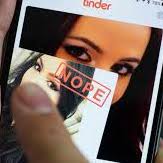 One rehab clinic operating in Hong Kong has recorded a 30 per cent increase in the number of people seeking help for sex addiction – and counsellors believe hook-up apps, such as Tinder, are to blame

You are a happily married woman out for dinner with your husband. He leaves his phone on the table while he goes to choose the wine, and a message flashes up on the screen. Ping. That’s all it takes for your life to unravel as you discover that not only is he on dating app Tinder, but he’s been having sex with a string of women. Some of them live in the same block as you.

This isn’t a salacious Desperate Housewives plot. It’s a real-life scenario that has played out in Hong Kong. Sex addiction wrecks families, destroys relationships and burns careers. And it is behaviour that counsellors are seeing more of, thanks to the increased use of dating apps.

“These people are your neighbours, they are parents at your kid’s school, they are people sitting around a dinner table. The knock-on effect on normal living is massive,” says Fiona Markham, chief clinical officer at The Cabin, an addiction treatment and rehabilitation centre based in Chiang Mai, Thailand.

Primary sex and love addiction clients account for one in four cases at The Cabin, which has an outpatient addiction counselling clinic in Hong Kong’s Central district. That marks a 30 per cent increase on the previous year.

Markham says she and her colleagues are seeing the first wave of people losing their jobs – as well as their marriages and children – as a result of sex addiction, which is enabled by hook-up apps such as Tinder, Blendr and the like.

A sex addict might be sitting at work, and rather than focusing on the meeting the deadline for a presentation, he or she is engrossed in a dating app. “We’ve seen it previously with online pornography being used in the workplace, but now this is taking over and becoming more around the instant sex that’s available for people online,” Markham says.

Sex addiction was once assumed to be found primarily in the male domain, but as psychiatrists and psychotherapists, such as Markham, see more people come through treatment services, they’ve realised there is a much more equal split between men and women.

Perhaps less discussed, but equally enabled by dating apps, is love addiction – the compulsive and chronic pursuit of romantic love. A love addict is addicted to the high created by infatuation seen in the early days of a relationship.

“You can normally tell a love addict: they will have a series of short-term relationships, they are chaotic, very on and off, and they will be all in the moment and then they find fault and retreat really quickly,” Markham says. “So they will go from a period of absolute adoration to devaluation of that person.”

It was previously thought that love addiction was more of an issue among women, but it seems men are equally susceptible.

A typical pattern for a sex addict on Tinder might be to delete the app because they feel guilt, remorse and shame over the fact that they may have had as many as 10, 15 or even 20 partners over a four-week period. After a bad day at work, or when they are bored at home, they might download the app another time, and the cycle starts all over again.

In a study last year of dating app use in Hong Kong by the US National Centre for Biotechnology Information, 40 per cent of those surveyed who met a partner online had sex on the first date.

Fuelled by the rise of dating apps, sex addiction and the increasingly reckless behaviour associated with it – such as having unprotected sex – is leading to an increase in HIV rates.

“We are now witnessing a pandemic of this type of behaviour and it’s global; there aren’t pockets of this, it’s going everywhere,” Markham says.

She says it’s important to recognise that sex addiction and love addiction operate in many ways, just as other addictions, such as alcoholism. For the alcoholic, the relief doesn’t necessarily come when they’ve had their first drink. It could be when they’ve finished work and are cruising the wine selection at their local wine store.

“Just looking at the wine is enough to promote that feeling of relief,” Markham says.

As the addiction progresses, it becomes less about the enjoyment and more about numbing the pain. And it’s the same for the sex or love addict. It’s what’s known as a “process addiction” and is grouped with eating disorders, internet addiction and gambling addiction. Like many addictions, sex addiction is about acting in isolation, Markham says.

The Cabin is treating people ranging in age from 18 to those in their senior years. And, Markham says, it’s often the case that their addiction occurs alongside another addiction, such as drug addiction or alcoholism. Someone might come to a treatment centre for alcoholism, but it turns out that sex addiction is the underlying problem.

Technology not only makes it easy to hook-up with strangers for anonymous sex, it can also enable people to indulge in very specific sexual fetishes, such as dirty underwear, sweaty trainers or “upskirting”– where people take photos up women’s skirts and share them online.

When the activity is exposed, it can be devastating for relationships and marriages. Markham says there have been cases where people have been “outed” because of the apps. Take, for instance, an apparently heterosexual man who has a wife and child, but who is using a gay dating app for hook-ups. The app will show how many people there are looking for sex within, say a 5km radius. Initially, he may only use the app when he’s finished work, outside the office, but as time goes on and the addiction becomes stronger, his behaviour becomes riskier. It is his child’s sports day, and while he told himself he wouldn’t use the app, he can’t stop himself and he clicks on it.

“Perhaps there are two teachers at the school who are gay, they now know that little Joe’s father is hunting around on a gay website. The outing potential here is huge,” Markham says.

Similar mishaps have also happened using Tinder, Markham says, as people begin to take higher risks. They may have begun by using a fictitious profile, but as the addiction becomes stronger they use their own Facebook profile, perhaps because it has better photos.

“They want to believe this is authentic, so they use their own profiles,” Markham says. But they are on Tinder and forgetting there is a whole community around them who are also on Tinder – so it goes back to their workplace, wives and family.”

Both sex and love addicts have issues around self-esteem; they have a deep-rooted feeling from early childhood that they are not loveable. They may feel flawed or damaged, and they are not good at dealing with feelings and trust issues in relationships. This is why, for the sex addict, anonymous sex is a way of having their needs met without having to have intimacy.

“They have usually had neglectful early lives – physical, emotional, there will be abuse at some level,” Markham says. “Their ongoing therapy will be to go back to what happened to make this person think they weren’t worthy of being loved or in a relationship. They need to be able to receive love.”

Treatment usually involves creating what Markham calls a “bill of rights” – what is acceptable behaviour and what is not, looking at the tools that they use to avoid intimacy, whether it be drugs, alcohol or work, and also learning to ask directly for their needs to be met.