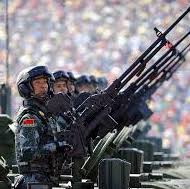 Asian security analyst Dr John Park speaks quickly, his rapid dialogue conveying the urgency of his subject. He was in Hong Kong this month to discuss the North Korean nuclear crisis.

It was a pressing issue when he planned his trip a couple of months ago. Two days before he arrived, it became even more critical – North Korea tested an intercontinental ballistic missile that experts said would be capable of reaching the west coast of the United States. It has since said it is considering firing missiles into the sea near the US Pacific territory of Guam.

“The sense of euphoria in the Kim [Jong-un] regime is pretty high in the sense that they are on the cusp of making history. Never has a country that is not a great power possessed a nuclear ICBM [intercontinental ballistic missile],” says Park, director of the Korea Working Group at Harvard Kennedy School in the US.

He was speaking at the Foreign Correspondents’ Club, in one of a string of public and private speaking engagements during his time in Hong Kong.

Events are moving quickly and Park didn’t mince words, saying the threat posed by North Korea to the US is now higher than that of terrorism. But the burning question is: how has North Korea succeeded in making such rapid progress with its nuclear programme?

In April 2012, when North Korea tested a long-range missile, the nation was careful to frame the exercise as a peaceful one, saying it was putting a weather satellite into space. That claim was thrown into doubt after a South Korean navy ship salvaged part of the projectile, which crashed into the sea shortly after take-off.

“They found circuitry and electronics from the US, European countries and Japan. These were banned items; these were sanctioned items. How the heck North Korea got them is very troubling,” Park says.

Research by Park and his colleagues at Harvard Kennedy School may shed light on this, which he believes is a result of what he calls a “sanctions conundrum”. He says the unintended consequence of sanctions has led the North Koreans to become more innovative in their procurement.

“If you view sanctions as antibiotics, then North Korea is exhibiting superbug traits,” he says.

Statistics for North Korea-China trade have been growing dramatically since the late 2000s. Such a sharp increase, Park says, shows that it is not organic trade: it’s driven by political design. It’s worth noting that the figures are based on published Chinese trade statistics and that the real numbers are presumed to be even more dramatic.

Park traces the increased trade back to former Chinese premier Wen Jiabao’s delegation to Pyongyang in October 2009. The high-level meeting focused on three agreements – economic development, tourism and education. The agreements were thought of as little more than propaganda at the time, but in hindsight, he says, it is significant that member states of the United Nations are not prohibited from engaging in economic development and humanitarian activities in North Korea.

“It creates a legal loophole, and under Chinese law the purpose of this visit in many respects is signalling to those in China that it is legal under Chinese law to do business with North Koreans. This is where I think you start to see the dramatic spike in commercial activities,” says Park, who was the 2012/13 Stanton Nuclear Security Junior Faculty Fellow at Massachusetts Institute of Technology’s Security Studies Programme.

Despite the increase in trade with China, an anticipated system-wide economic reform hasn’t come about. But that’s not what we should be focusing on, he says. Rather, we should be examining North Korea’s elite – whom he refers to as the “one per cent” – and their activities in China.

The application of sanctions on North Korea offered a business opportunity for unscrupulous Chinese companies. The elevated risk – of breaking sanctions – didn’t scare them away; instead it was grounds for demanding higher commission fees.

“This phenomena of monetisation of risk creates efficient markets where the buyers and sellers can align more readily. For the North Koreans it is essentially renting the capabilities of these local players,” says Park.

He says that North Korean trading companies have traditionally been used to acquire funds to operate some of the leadership’s projects and programmes, as well as to maintain the loyalty of the elites, and it’s only quite recently that the country has turned to this highly specialised procurement activity.

When he interviewed members of this elite group who had defected to South Korea, Park says, it was more like a business school case study than a big security project.

“Understanding the partners and the practices gives you a sense of how the overall interactions between North Koreans embedded in China have become a phenomenon that is increasing the capabilities of the regime in a number of areas,” he says.

Park says this strategy of hiding in plain sight is the most effective method the country presently has of acquiring the components it needs for its military programme. Commercial channels that were originally established to move benign goods are adapted to funnel components destined for North Korea’s ballistic missile and nuclear programmes.

He and his colleagues have catalogued examples of North Korea buying dual-use industrial equipment from Germany by using a private Chinese company.

“The Chinese company fills in all the forms, end user and all of that, and the German company truly believes that it has sold something to a Chinese company. In reality, that item will make its way to North Korea,” says Park.

He believes there is still a chance to break up some of these networks by targeting the Chinese players – but no one is doing it.

“In the midst of all the elevated tensions, the Chinese authorities are still very hesitant about going after the North Koreans. These are diplomats, mainly, who are using diplomatic credentials to bed themselves in China for years on end,” says Park, adding that China does not want to trigger hostility in North Korea.

From the US perspective, China is becoming a part of the problem, he says. But he notes that China is in a unique position. It is working on rebuilding the institution of the party – the Communist Party of China, the Workers Party of Korea mechanism – which it sees as a winning formula for long-term stability. It will ensure the stability of the North Korean regime, encourage them to focus on economic development, and hope they will become less interested in nuclear weapons for defence.

A problem here is that China sees some countries as overreacting to North Korea’s nuclear weapons programme.

“There is a sense of disbelief among the senior Chinese leadership – how could the North Koreans achieve a nuclear weapons programme? That sense of disbelief still underpins more of this deference to the idea that North Korea is just doing this for show and to get the US back to the bargaining table and demand a bigger pay-off,” says Park.

The late Kim Jong-il ruled for 17 years and was known for constantly raising the stakes in order to extract more concessions from other countries. Park says a lot of countries believe that Kim Jong-un is following his father’s methods.

“With the cognitive bias that North Korea is a joke, that it’s doing it for its playbook and getting more money, successive [US] presidents have kicked the can down the road. But now we are at this position where there’s that sense of panic as the window gets closer and North Korea gets closer to ICBM tests,” he says.