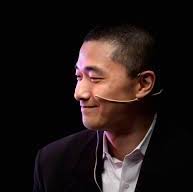 A deep dissatisfaction exists in China over its political technologies, and Chinese intellectuals are concerned with the idea of constructing better ones, according to science-fiction writer Ken Liu, who spoke to a full house at the Hong Kong International Literary Festival on Friday night.

“The question always is whether those who preserve the status quo have so much control over the technology that no kind of subversion or evolution is possible,” Liu says.

Political technology, a term largely unfamiliar in the West, is a euphemism commonly used in the former Soviet states to describe the highly developed industry behind political manipulation.

The American author was quick to qualify his assessment by saying that as an outsider – born in Lanzhou in Gansu province, he and his family immigrated to the US when he was 11 – he believes Chinese problems must be solved by Chinese people. And his personal take on the subject is optimistic.

“Things are showing signs of evolution and the new generation in China are evolving their political technology to solve their problems in a way that is more equitable or just and ultimately more in line with the goal that great revolutionaries from time memorial have always reached for which is more equality and more justice for all,” he says.

Ken Liu operates on multiple levels. He’s both an accessible, street-smart storyteller of the Twitter generation and a wise philosopher of literary pursuits. If he were a fashion designer, he’d be creating both haute couture and high-street fashion. His wicked imagination frolics in both worlds. Just don’t try putting him in a box because you’ll never get the lid on.

That’s what his agent tried to do when Liu presented him with his first full-length novel, The Grace of Kings (2015). The agent loved it; he just didn’t know which genre it fell into and suggested “epic fantasy”. Liu wasn’t sure what an “epic fantasy” was. The perceived wisdom in many writers’ circles is that you must read widely in the genre you want to write in and then produce a work of fiction that fits within those parameters. To Liu, that sounded too much like hard work.

“Rather than go study the genre very deeply and try to figure out how my books fit into one of the genres I thought, ‘I’ll invent a genre and put my book in it.’ That way no one can say my book isn’t of that genre,” he recalls.

A sign of Liu’s razor-sharp intellect is that he can explain all he does on so many levels. A former corporate lawyer who practised for seven years, he sums up the Twitter-based marketing strategy of Silkpunk as “War and Peace, but with silk and bamboo warships”.

For highbrow literary conferences, his response to the genre question is more expansive.

“Silkpunk is very much about the punkish reappropriation of classical East Asian philosophical political technologies and imagines how they can develop in fantastical ways to achieve a more equitable, just demographic society.”

To better grasp how he merges Western and Eastern traditions and philosophy, consider the fictional gods who inhabit his worlds. They are omnipotent and as such he believes are close not only to classical Western and Roman conceptions of gods, but also to Eastern conceptions of deities.

“In both Greek and Roman traditions and Chinese traditions there is an irreverence to gods that we’ve lost in the modern world and that can be hard to recover because we now think of religion as such as serious thing that it’s hard to joke about it,” he explains. “But the ancients joked about gods all the time.”

Speaking to an audience of diehard fans in Hong Kong – middle-aged, young and very young (there’s even an eight-year-old in the audience) – as well as the curious, he gives the example of the Lunar New Year tradition of leaving out sticky rice for household gods. The tradition holds that during that festive season the deities report back to the Jade Emperor on whether the household has been good or naughty.

“The Chinese solution to the problem – it’s a lay hack, the sort of thing I love – is ‘let’s not worry about what we do, let’s simply feed the gods sticky rice cake so their mouth will be stuck together and by the time he goes up he can’t say anything [to the Jade Emperor] and he’s happy’,” he says.

It’s this kind of irreverence that Liu injects into his books, drawing on both the Western classical tradition and the Chinese folk tradition.

“The gods in my books squabble and do ridiculous things. They’re pitted against one another and make very legalistic arguments.”

Liu began his writing career with short stories. His most famous work, The Paper Menagerie, won several awards, including a Hugo, which recognises science fiction or fantasy works. He has since expanded his range, producing two novels: The Grace of Kings (2015), The Wall of Storms (2016) and The Legends of Luke Skywalker (2017).

And he’s not just an author, but a translator as well, something he says he came to entirely by accident. He got to know a few sci-fi writers in China and loved their work. One writer, Stanley Chan, asked him to take a look at the English translation of one of his stories, and Liu didn’t think it did it justice.

“The translation was perfectly accurate, but it didn’t capture Stan’s voice,” he recalls. “Stan is a very witty writer and has sharp observations about the world, but none of that wit came through. It was a boring translation.”

Offering to help, Liu quickly realised it would be easier to start from scratch rather than just edit the translation. The story ended up being the first to be translated by Clarkesworld Magazine, one of the leading publishers for translated science fiction, and it won an award for the author and the first-time translator. Liu realised this was something he could do to give back to the sci-fi community.

“I thought I can do service by bringing works I enjoyed as a reader to my fellow anglophone readers who otherwise wouldn’t be able to enjoy the stories and to bring new readers to my author friends.”

Liu found stories that made an impression on him, translated them and submitted them for publication. When the translation rights for Liu Cixin’s The Three-Body Problem were bought, for example, Liu was invited to join the team of translators.

“It was a huge honour for me to work on the book I loved,” he says, adding that the publisher, Tor Books, will soon bring out more books by the Chinese science fiction writer.

He also expresses fondness for Stanley Chan’s work, in particular The Waste Tide, a post-human, cyber-punk story about the e-waste industry in China.

“Stan has a very technical background, but he’s also a linguistic genius,” Liu claims. “Mandarin is his third language and he would be a great hit in Hong Kong because Cantonese is his second language. He wrote some sci-fi stories in Cantonese.”

One of the challenges of being a writer of Chinese descent and being an American author, Liu adds, is that there are a set of narratives expected of you.

“You are supposed to produce the ideal model immigrant narrative or the ‘I really hate my parent’s ancient ways’ narrative – these are the narratives that are supposed to do well in the market and that people know how to sell and pitch,” said Liu.

Liu clearly isn’t one for following what is expected of him, but that doesn’t stop readers from reading into his work what they want. Take The Paper Menagerie, a story about a Chinese woman who becomes a mail order bride and marries an American man.

“The story is interpreted by some readers as about the conflict between Chinese and American cultures. They read her as ultimately Chinese and not American, but in fact her story is the most American of all,” said Liu.

He insists you don’t have to learn the language to appreciate English and MTV, don’t have to cook Anglo-American dishes, to become an American.

“I do have to struggle with the fact that people always interpret stories in the way that they want to interpret, but that’s one of the great things about writing fiction – it has to be ambivalent and rigorous and open interpretation so that people can craft it and mould it into their own stories even if its not the story that I intended to tell,” said Liu.

He stepped back from his lucrative career as a corporate lawyer because he and his wife wanted to start a family and he wanted to spend as much time with his children as he could.

Liu became a litigation consultant and a technologist, hired by lawyers to interpret source code. But that job didn’t leave him much time for his writing so he recently decided to take the plunge and write full-time.

“The only reason I am able to be here, to do this Asia tour, is because I’m no longer bound by vacation days. I am trying the experiment of going full-time. We’ll see how that goes. The point is – buy another book,” said Liu.

Judging by the length of the book-signing queue after Liu’s talk last night the “experiment” is looking very optimistic.

“I get to make up worlds for a living, which is pretty darn cool. And getting feedback from readers who say you did a good thing is the most amazing feeling. I don’t think anything I did as a lawyer compares to that,” said Liu.