Home / Books / “My books are still banned in China” 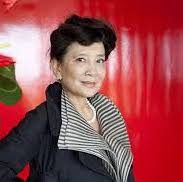 Wild Swans author, who appeared at the 2017 Hong Kong International Literary Festival, still has mixed feelings about China. She admitted good things have happened there, but notes ‘my books are still banned’

If Empress Dowager Cixi had been at last month’s 19th National People’s Congress of the Communist Party, she would have been frustrated to see so few women on stage with President Xi Jinping, says the biographer of one of the most important women in Chinese history.

“[Empress Dowager Cixi] was the first feminist in China – she banned foot binding, she released women from their homes and encouraged them to have an education,” author Jung Chang told an audience at the Hong Kong International Literary Festival.

It was only when Chang was writing her first book, Wild Swans, a memoir about her family’s experience of the Cultural Revolution, that she realised it was Empress Dowager Cixi who had banned foot binding.

“My grandmother had bound feet. She was my height, but her feet were like this,” said Chang, holding up a tiny embroidered shoe. “Only the big toe was allowed to grow and the other four toes and the arch were crushed under a stone. From the age of two, my grandmother grew up in excruciating pain.”

It was a packed house upstairs at the Fringe Club in Central and collectively the audience leaned forward to get a closer look at the shoe. This is why people come to literary festivals – to get closer to the authors, to hear the stories outside their books – and Chang was in full flow. Dressed in a full-length forest green Issey Miyake gown, she looked every bit an empress herself.

“Because I grew up in communist China, I somehow just assumed that foot binding was banned by the communists, but then I learned it was Cixi and this was so different from the image I had of her. She was said to be cruel, conservative, desperate and made a mess of China,” said Chang.

It would be 22 years after Wild Swans before she published Cixi’s biography, Empress Dowager Cixi: The Concubine Who Launched Modern China. After Wild Swans she and her husband, the historian Jon Halliday, spent 12 years researching and writing an 832-page biography of Mao Zedong, Mao: The Unknown Story.

“We divided our research by language. Because I’m Chinese, I dealt with the Chinese-language sources. My husband unfortunately speaks many languages so he was landed with the rest of the world,” said Chang, raising a laugh from the audience.

In the 1990s, Halliday took advantage of the brief window when Boris Yeltsin opened the Russian archives to spend a year researching accounts of Mao. From there, he and Chang went on to do extensive research in China and it was on their return from one of these trips, while staying at a Hong Kong hotel, that Chang had a lucky encounter.

“Jon was in the bathroom reading his morning paper, the South China Morning Post, when he suddenly yelled out: ‘Guess who is in our hotel? Mobuto,” recalled Chang.

Halliday was eager to get an introduction to speak to Mobutu Sese Seko, military dictator of the Democratic Republic of the Congo, and hear his account of Mao, but Chang said she was tired from months of research and wanted to get her hair done.

“I went to the hotel hair salon and 10 minutes later Mobuto strutted in – he was supposed to have strangled his opponents alive at his dinner parties after he’d fed them. He was seated under a hair contraption, cotton wool around his head and towels wrapped around his neck – he was trapped. So when I was led to have my hair rinsed, I stopped in front of him to ask for an interview and we got it,” said Chang.

She tells the story with a cheeky flirtatiousness, charming the audience, and they are rewarded with another anecdote, this one about the former first lady of the Philippines, Imelda Marcos, who they interviewed about Mao.

She had more to say about the woman with more than a thousand pairs of shoes. Marcos said to her: “Don’t you think western men don’t understand us eastern women?” Jon cut in, asking Marcos if she had ever met a western man who understood her and, without hesitation she replied: “Only one person – Richard Nixon.”

“We had great fun,” said Chang.

Growing up in China, Chang said she longed to see the outside world. She didn’t see a foreigner until she was 23 and an English-language student. She and her classmates were sent to a port on the south coast to try to find sailors to practise their English.

“We would sit in the only restaurant eagerly waiting for the sailors. We would grab them as soon as they came on shore – of course, we had no idea what must have been on their minds,” said Chang.

Mao died in 1976 and China began to open up. Chang sat a national exam for a scholarship to study overseas and in 1978 was one of 14 students sent to the UK to study. She went on to become the first student from China to receive a doctorate from a British university and in 1991, the year Wild Swans was published, married Halliday. They have lived in London since.

Today’s China is very different from the one she left in the late 1970s and she says her feelings about the country of her birth are complex. There are many positive things that have happened in China in the intervening years, things she never thought possible in the years immediately after the Cultural Revolution: mass international tourism, basic social security, rising living standards.

“A lot of good things have happened, but it doesn’t mean I’m ecstatic when I go to China. I’m always torn because there are problems with development. And, of course, my books are banned. How can I be entirely happy in China?” said Chang.