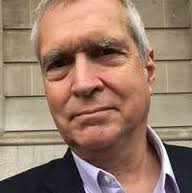 Robert Precht appears every bit the veteran criminal defence lawyer. He has a slightly weathered face, and his sharp intellect switches from contemplating widespread global corruption to the personal suffering of the accused.

Based in New York, Precht divides his time between the US and Hong Kong. So it is little surprise that the money-laundering case of former Hong Kong home secretary Patrick Ho Chi-ping – with its Hong Kong and New York connections – has him gripped.

Precht, also president of legal think tank Justice Labs in New York, believes the case has the potential to lift the lid on Chinese companies that are routinely bribing foreign officials.

In November last year, Ho was arrested in New York and charged with money laundering and violations of the Foreign Corrupt Practices Act. On January 8, he pleaded not guilty to federal charges that he tried to bribe Chad’s president and Uganda’s foreign minister in exchange for oil rights for a Chinese energy company. He is now in a New York jail awaiting trial.

To be straight, Precht’s views are based purely on informed speculation. He is not involved with the case and has not been party to the prosecutors’ discussions. As a former criminal defence lawyer, he is eager to stress that Ho deserves a fair trial and is entitled to the assumption of innocence.

A big part of Precht’s fascination with this case is its extraordinary scope – a former Hong Kong official being prosecuted for bribing African officials on behalf of a Chinese conglomerate and being prosecuted in Manhattan.

“From a technical standpoint it’s interesting to me that American prosecutors are going after people in China, Hong Kong, who are bribing others in foreign lands. How is it possible that this is happening?” Precht said at a recent lunch at the Foreign Correspondents’ Club in Hong Kong’s Central district.

But what is even more interesting about the Ho case, he says, is that it is a rare window on a problem that few people are talking about. “Although President Xi Jinping has launched a very well-known campaign against internal corruption by Chinese within the country, there is a huge iceberg out there of corruption which is not being addressed by the Chinese government. This is the corruption by Chinese companies paying bribes to foreign officials to get lucrative contracts for these Chinese companies.”

To recap the case: Ho, 68, is a former eye surgeon who served as Hong Kong’s secretary for home affairs from 2002 to 2007. After leaving government, he became the secretary of the China Energy Fund Committee, a Hong Kong research group that receives financing from CEFC China Energy, a Shanghai-based conglomerate with ties to the Communist Party.

In November, Ho and a former foreign minister of Senegal, Cheikh Gadio, were arrested and charged with money laundering and violations of the Foreign Corrupt Practices Act. Prosecutors allege that Ho took part in two bribery schemes.

The first involves a US$2 million bribe to Chad’s president, who in return allegedly offered business advantages to CEFC China Energy. Gadio was the middleman and received US$400,000, wired through New York, for his role, it was claimed. The second involves a US$500,000 bribe – also wired through New York – that went to an account controlled by Uganda’s foreign minister, Sam Kutesa.

Precht spent his first few days back in Hong Kong speaking to lawyers, academics and businesspeople, inquiring as to what extent Chinese companies are bribing foreign officials. The response, he says, was unanimous – it is extremely widespread. Of course, no one wanted to go on the record saying this.

“A lot of it is invisible because it is extremely difficult to actually catch a company or person doing this red-handed, and that’s why this Patrick Ho case is so significant,” Precht said.

American and European companies have extensive compliance programmes to discourage employees from making bribes or engaging in corruption. These programmes are not a standard feature of Chinese firms.

Precht made the point that not only is bribery unethical, it is also an anti-competitive practice. “It hurts competition and it hurts business, because the companies that don’t bribe are losing out on business,” he said.

Another extraordinary aspect of the Ho case is the phenomenal amount of evidence that has been gathered. Much of it takes the form of intercepted emails – emails Ho sent to CEFC China Energy in Shanghai, between Ho and Gadio, and from Ho to various African officials who prosecutors say he offered bribes to.

Given the sheer volume of concrete evidence referred to in the complaint, Precht said that if he were to represent Ho, he would have only one possible line of defence: that Ho has to be innocent because no one would be so stupid as to lay out his guilt so clearly.

It is an argument he used as a defence lawyer in the 1993 World Trade Center bombing trial in New York, about which he wrote the book Defending Mohammad. He lost that case.

Precht said it is highly unusual to come across such a detailed hoard of evidence laying out the story of corruption so clearly. “The complaint reads like a script. It could probably be made into a movie right now.”

While Gadio has been granted bail, Ho’s application was rejected on the basis that he could be a flight risk.

Recent news reports show that Ho has lost a lot of weight during his time in detention. Precht has visited clients at the Manhattan facility holding Ho in the past and describes it as oppressive, with little opportunity to exercise or go outside.

“He’s being held there with accused terrorists, counterfeiters, violent felons – this is by no means a ‘club fed’ [a term for an easy prison]. It’s dismal, discouraging, and he will be under constant surveillance,” Precht said.

During his long career, Precht has seen what happens when people get into certain situations where they incrementally do things that don’t seem so bad, but slowly move towards doing something that is criminal.

“I feel sorry for [Ho], he’s a tragic figure. He had a successful career, he could have survived on his pension in Hong Kong, but something impelled him to want to be deemed a player and he got enmeshed in this thing. He may have got enmeshed with the best of motives in the beginning,” Precht said.

So how will all this play out for Ho? Precht is convinced he will make some serious allegations that incriminate Chinese companies. “He’s going to basically rat on what’s going on in China,” Precht said, explaining that because the pleaded evidence against him is so overwhelming, it is a virtual certainty that he will be convicted if he goes to trial. The only way for him to avoid prison is by pleading guilty and incriminating others.

“There is enormous pressure on Patrick Ho to plead guilty. If he wants to avoid a long prison term, what information might he have to give US prosecutors? He has some very important connections, he is an operator, he has connections to this Chinese conglomerate,” Precht said.

Meetings with federal prosecutors are known to drag on for hours, and have been called “Judas sessions” because the defendant is expected to betray former colleagues. If Ho pleads guilty, “federal prosecutors will go over his story with a fine-tooth comb”, Precht said.

Precht’s prediction is that Ho will plead guilty and potentially provide very embarrassing information about companies in China that are routinely bribing foreign officials.

It will be some time before we find out how this will unravel. Ho’s lawyers have agreed to a trial date of January 2019. By not requesting a speedy trial, Precht said, it suggests his lawyers will use the time to work out a plea agreement and give US prosecutors time to thoroughly debrief him.

The case does not need any more drama, but there is another possible take on it – a political angle. Considering that the US administration of President Donald Trump has been critical of China, the Ho case presents an opportunity for it to send a clear message that this kind of behaviour will not be tolerated.

“Trump has been railing against unfair trade practices in China, whether it’s the forced transfer of intellectual property or dumping or the trade deficit,” Precht said. “So it might be using the Foreign Corrupt Practices Act to embarrass China.”