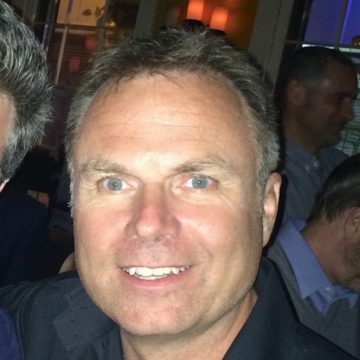 From remarkable autobiographies he hopes to pass down to his children to thought-provoking works of fiction, find out what are Moorhead’s favourite reads

John Moorhead was starting out as an actor in London in the early 1990s when the recession hit, so he moved to Hong Kong where his parents lived. He got a job with Star TV doing voice-overs which then led to a presenting job. When Rupert Murdoch bought Star TV, the shows were cut and he started bringing comedians here from the UK for the love of it.

In 1994, he founded the Punchline Comedy Club and it was an immediate success, attracting enthusiastic audiences to shows by renowned comedians from the UK, the US, Australia and Canada. Punchline stages regular gigs in Hong Kong, Shanghai, Beijing and Shenzhen, and he has started bringing international comedians to the Gold Coast resort area in Tuen Mun, opposite the city’s international airport, where he lives with his wife and three children.

The Moon’s a Balloon

My mother knew I wanted to be an actor, so she assumed I’d read this memoir by British actor David Niven, but I hadn’t.

When a friend told me I had to read it for the part where Niven falls off a boat and is chased by sharks for hours I decided to read it. But there was nothing in there about sharks – that was another book. However, it is a fascinating read and it’s well written, very engaging. It’s about his school life, army life and how he got into films. He wasn’t a Clark Gable or Cary Grant, he was just a very good actor with charm, personality and a lot of self-belief.

What’s It All About?

I had no idea that the actor Michael Caine came from such poverty until I read this autobiography – he didn’t even have shoes, and had a very Dickensian start to life.

When he was young, his parents would get him to answer the door when the landlord came around for the rent. He’d have to make up an excuse and that’s how he got to be so good at acting.

In the late 1980s, I used to watch the series of classes he did for actors that ran on TV. He’d give tips, such as: when you’re trying to be menacing, don’t blink, because it makes you look weak on screen. He’s a very good actor – just think of Alfie – but he admits in the book that he did a lot of films, such as Jaws: The Revenge, just for the money.

This isn’t a book I’d normally be drawn to – I usually read non-fiction, especially autobiographies – but people talked about this book so much I felt I had to read it. It’s about a man who slaps his friend’s son during a social gathering and the story is told through the viewpoints of eight characters.

I have three children – they are now 15, 12 and 11 years old. I can remember what it was like when they were younger and being in that situation when other people’s children are little and screaming.

I would never hit a child, but I could understand what he did and how it was perceived. Since you get to hear all the characters’ perspectives, it’s a little like that 1993 film Short Cuts.

The Diary of a Young Girl

I’ve read this book many times – the first time was when I was at school and then a number of times since. It’s a book everyone should read and reread. I’m going to suggest that my middle daughter, who is 12, reads it soon.

It’s a harrowing story. Anne seems so happy, she lives day to day and focuses on her relationships with the people around her, but there is the sense that death could come at any moment.

If it were a Hollywood ending, everyone would live happily ever after, but it didn’t turn out that way – and we know that when we start reading the book.

This is the autobiography of the former drug dealer Howard Marks. He wrote it after he was released from prison in the US.

There’s a section in the book where he talks about coming to Hong Kong, but there are inaccuracies: he talks about standing on the Star Ferry and looking at the Kowloon Shangri-La, but you can’t see the hotel from the Star Ferry. Little errors like that made me think he lost his memory.

Marks used to go around festivals in the UK doing his one-man show talking about his life, the live version of his book. Someone tried to bring him to Hong Kong in 1999 to do the show, but he was denied entry because of his criminal record.