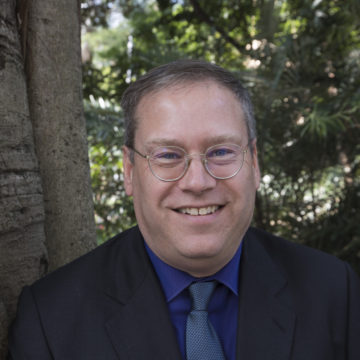 Tong’s growing interest in US history as he gets older is reflected in his list of favourite books, but the US Consul General to Hong Kong and Macau also saves space for a fantasy classic, a detective novel – and bunny rabbits

Kurt Tong, the US Consul General to Hong Kong and Macau, was born in Ohio and raised in Massachusetts. He has been with the State Department since 1990 and has worked across Asia. He is married to Dr Mika Marumoto, with whom he has three grown children.

Before taking up his current post, he was principal deputy assistant secretary for the Bureau of Economic and Business Affairs at the State Department. Before that he served as deputy chief of mission and chargé d’affaires at the US embassy in Tokyo.

In his own words, here are the five books he would take to a desert island.

This is not just a compelling story – it’s an awesome piece of literature. I first read the trilogy in elementary school and have read it at least 20 times since.

Because it’s such an involved piece of literature, you pick up on different side stories each time and different characters pop out on a rereading.

It’s fun to read a book by someone who writes as well as Tolkien. He has an ability to sound semi-biblical at times and then very conversational at others, switching from fancy historical narratives to human drama – or I should say dwarf drama – which I really enjoy.

Team of Rivals: The Political Genius of Abraham Lincoln by Doris Kearns Goodwin, 2006

I read this a couple of years ago and would take it to a desert island as I need to read it a couple more times.

Typically, when you are taught the history of Lincoln at school, you hear about one or two great speeches and the great battles. But here the author captures the personality of Lincoln and the greatness of the mid-19th century. It’s also interesting to read about how we got into the mess we got into in that period.

The older I get, the more interested I get in US history, especially the first half of the 19th century. This was a really formative time for the US as a nation – the whole story of how the American West was taken over by Europeans and the native American story.

Watership Down by Richard Adams, 1972

Even though it’s a book about bunnies, this is a serious adult book. And as long as you can suspend your disbelief about how intelligent rabbits are, it’s a cold story.

The good guys, the good rabbits, are setting up their semi-utopian society and are challenged by a dictatorship. How they take it on and win is really interesting.

There are a lot of great characters, such as Hazel. He’s not the smartest or the strongest rabbit, but makes everyone confident in his leadership.

I grew up in a college town in west Massachusetts. It was a rural area with plenty of hills, fields and bunnies, much like the English countryside in Watership Down.

The Beautiful Country and the Middle Kingdom: America and China, 1776 to the Present by John Pomfret, 2016

I’m just reading this book and will probably read it again. As a history buff, I enjoy reading about the history of the US-China relationship from the 18th century to present day.

In this book, Pomfret doesn’t just write about political history. He also writes about economic and social history, and covers both the Chinese impact on the US and the US impact on China. It serves as a reminder that US-China relations do not occur in a historical vacuum – the two societies have been interacting for a long time.

Hillerman is a popular author of detective novels from the American southwest and his books all take place in Arizona and New Mexico around the native American reservations there. He draws a lot of characters from the Navajo Tribal Police, which operate under their own jurisdiction, and a lot of Navajo history is woven into the stories.

Hillerman has lived in the area and succeeds in capturing the relationship between the native American and non-native American population. The American West is a beautiful place to visit, especially New Mexico, which is drop-dead gorgeous. If I ever get homesick for the US, it’s for the outdoors. One of the things I like about Hong Kong is that it is quite green despite being incredibly dense.