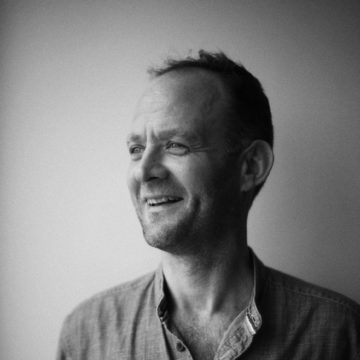 British journalist Isambard Wilkinson, inspired by his Indian grandmother’s tales of life before partition, visited Pakistan as a teenager and fell in love with a complex place, a love he shares in his book Travels in a Dervish Cloak

The author of Travels in a Dervish Cloak, an acclaimed travel book and personal account of his journey through Pakistan, was introduced to the country by his Anglo-Indian grandmother – not just through the Hindi nursery rhymes she sang to him as a child, but also her home.

She was born in India – like her grandparents and their grandparents – and when she left in 1947, the year of partition, she brought with her vivid memories of her childhood. Indian and Pakistani fabrics were draped over chairs, a tiger skin rug – complete with head – was spread on the floor and there was a spittoon in the corner of the living room.

Pakistan has remained a constant throughout Wilkinson’s life and his journey this week took him to the Asia Society in Hong Kong, where he hosted a literary reception before a standing-room-only crowd.

Wilkinson thanked the Pakistani Consul General for Hong Kong and Macau, Abdul Qadir Memon, for his support, saying: “It’s not every day that a government gets behind a book.”

Wilkinson, born in Portsmouth, England, and raised in Ireland, is the former Islamabad correspondent for The Daily Telegraph and now a freelance journalist. His 2017 literary debut, Travels in a Dervish Cloak, was shortlisted for the 2018 Stanford Dolman Travel Book of the year and was named a book of the year by the Spectator, Daily Mail, New Statesman and Evening Standard.

“I wanted to show readers, in a very personal way, how I feel and what I’ve experienced in Pakistan. Travel writing is a far better tool to create a portrait of a country. It’s much more akin to writing a novel in the sense that you can represent the human factor – show gesture, mood, landscape,” said Wilkinson.

He went for the first time in 1990, aged 18, when he attended the wedding of one of the Begum’s sons.

“Immediately I was struck by the panache of Pakistan and sensed its richness and diversity. Pakistan is a frontier place, a crossroads where India meets Central Asia, Iran and China, and influences from all these places seep into its culture,” says Wilkinson.

He was bewildered by Sufism, a mystical form of Islam, and enchanted by the Islamic tradition’s emphasis on love, tolerance and the universality of god.

“I was amazed that millions of pilgrims would go to the shrines and meditate and pray shoulder to shoulder with Sikhs, Hindus and Christians. Occasionally you’d see men and women doing this extraordinary trance dancing,” he says.

Aged 26, he returned to Pakistan determined to travel throughout the country for as long as his money lasted. “Pakistanis said don’t worry about that [money running out] – our legendary hospitality will see you through,” says Wilkinson.

But a few months into the trip he was struck down with kidney disease and had to return to Ireland for dialysis and a new kidney. All plans to explore Pakistan were shelved until 10 years later when he was offered a job as a foreign correspondent based in Islamabad. He jumped at it.

Wilkinson arrived back in Pakistan in 2006. The country was tense, at the frontline on the “war on terror”. The Begum became his guide through many of the intricacies and complexities of Pakistan. It was she who told him that if he wanted to understand the country, he should go to the mystic Sufi shrines.

“It’s an organic and historic part of the region’s identity. Buddhism, Hinduism, Sikhism – these people lived together, influencing each other’s thought and beliefs. That culture has evolved over thousands of years,” he says.

Travels in a Dervish Cloak focuses on this period, from his return to Pakistan in early 2006 through to the end of 2009.

“Osama bin Laden was in hiding – it was a compelling time to be there as a journalist. I felt this militant threat was threatening the identity of Pakistan as a tolerant, inclusive society. All of the things I loved about Pakistan were in danger of disappearing. I wanted to see as much of that part of Pakistan as I could and record it,” says Wilkinson.

And that’s what the book is all about; it’s his window into Pakistan – a perspective that is made all the more compelling by his obvious affection for the country and its people. Although the book ends wondering whether he will ever return – no, this is not a spoiler – he has since gone back. In February, he attended the Karachi Literary Festival and was pleased to find a more peaceful, stable country.

I suspect I wasn’t the only person who left Monday’s event determined to go some time soon.