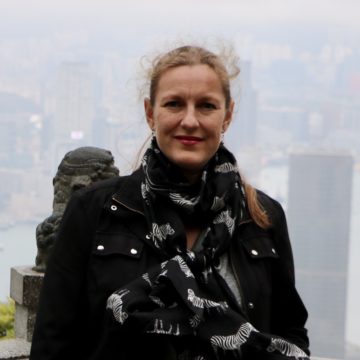 Consul general’s picks includes an award-winning book on the Rwandan genocide, a collection of poetry and thoughts from one of Sweden’s best-known diplomats, and the story of a little boy punished for being cruel to animals

Helena Storm is consul general of Sweden in Hong Kong and Macau. She studied law and political science in France, and later specialised in human rights law and international penal law. In 2003 she worked on the UN International Criminal Tribunal for Rwanda.

When she and her family arrived in Hong Kong in September 2015, her husband, Samuel Roy, gave up full-time work to write. He recently finished his first book, Etoile d’Orient, a philosophical book about a man who travels from the West to the East, and written in French. As it is not yet published, Storm was not able to include it on her list of favourite books.

Here are five books she would take to a desert island, in her own words.

Hammarskjold was one of Sweden’s best-known diplomats and was serving as the United Nations secretary general when he died in a plane crash in Africa in 1961. He devoted his life to peaceful settlements of conflict and was posthumously awarded the Nobel Peace Prize.

This book is a collection of poetry, thoughts and short notes he made during his career. The manuscript was found in his home after his death and later published. At a time when many international norms are in question and there is a tendency towards unilateral actions instead of multilateral actions to solve conflicts, the world could do with more diplomats of his calibre.

Zweig was an Austrian novelist and playwright who fled the Nazis and ended up committing suicide because of his disappointment with humanity.

This book is about a man who plays chess with a world champion. It turns out that he learned to play chess in prison by playing the game in his head for many years.

This was the first book I read in French – I was 22 and studying law in France. A Frenchman named Samuel recommended it to me. He also suggested I study political science and I did, earning a master’s degree. Chess Story was the start of my French adventure and my life with this Frenchman. I’m still married to him and we have three children.

The White Castle by Orhan Pamuk, 1985

This novel is about a man from Venice in the 17th century who is captured as a slave by the Ottoman Empire and sold to a Muslim scholar who develops inventions for the sultan. They develop a friendship and their identities merge and intermingle.

The theme of East meets West is common in the work of this Turkish author. My mother is Turkish and my father is Swedish, and Turkey has played an important role in my life. My first posting as a diplomat was to Turkey and my husband and I moved to Ankara in 2007. We still have an apartment in Istanbul.

In a way, Hong Kong reminds me of Istanbul – cities that are built with water on two sides and where East meets West and different cultures come together.

Mukagasana was a Tutsi nurse and a survivor of the Rwandan genocide. Her husband, children and many people she knew were killed.

This is a powerful book and it has won many awards. As a lawyer, my specialty was human rights law and international penal law, and in 2003 I worked on the UN International Criminal Tribunal for Rwanda.

This was one of the first books I read on the Rwandan genocide. While there were the most terrible atrocities, there were also people sacrificing themselves and risking their lives for others, and later there was an incredible propensity for forgiveness. My experience in Rwanda very much formed me and in future I would like to go back.

The Wonderful Adventures of Nils by Selma Lagerlof, 1907

This is a children’s book, but adults will also enjoy it. It’s the story of Nils, a little boy who is cruel to animals and as punishment is shrunk very small. He travels all over Sweden on the back of a goose and encounters all sorts of animals on the way. During his journey, he considers what is good and bad about himself and returns home as a kind and caring person.

Lagerlof was born in Marbacka in Sweden, not far from where I was born, and in 1909 won the Nobel Prize for Literature. My husband recently read the book to our children – we have four-year-old twins and a nine-month-old baby girl. There is a fox in the story named Smirre and he had a big impact on our twins.