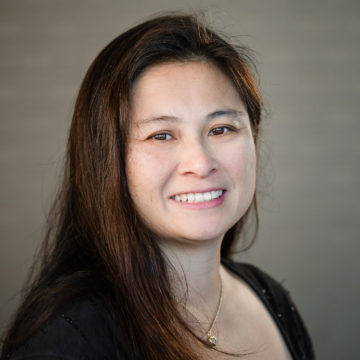 After a lifetime of being asked, ‘Where are you from?’, Alison Choy Flannigan decided to find out; after many false leads, she traced her roots to a New Territories clan, and learned she belongs to its 26th generation

I was born in Sydney, in Australia, in the 1960s, the youngest of four children – I have two brothers and a sister. My parents met in Sydney. My father was born in the Paddington area of the city, in 1918, and my mother, Ivy Lai, was born in Cooktown, in north Queensland, in 1922.

My father operated a small community store, much as his mother had done. He had to work to support the family during the Great Depression. It wasn’t an easy time and he didn’t have the opportunity to go to university, so he always impressed on us kids the importance of getting a university degree. Between us, my siblings and I have three law degrees and an engineering degree.

When I was growing up, I was one of only two children of Asian heritage at primary school. However, more Asian kids had joined Killara High School by the time I had finished Year 12.

People often ask me where I’m from and I have been described as Chinese, Japanese, Singaporean, Filipino, Hawaiian, Latino … If I had A$2 for every time I have been asked while in a taxi, “Where are you from?,” I would be rich indeed.

When I was seven years old, I lost my mum in very tragic circumstances when she and I were on holiday in Los Angeles. I was a witness to the tragedy.

When my mother died, my father didn’t talk much about her, and her family had little contact with us. He once told me that she was a star in the sky looking down upon me.

My brothers and sisters still don’t like to talk about it because it was traumatic. It is also not something I want to talk about here. It’s the one event that has defined my life, but I have not let it define me.

Not many days go by when I don’t think of her and what my life might have been like if she had seen me grow from a child into a woman.

I did an arts degree at Sydney University, and then worked and put myself through law school at the University of Technology Sydney. I always wanted to be a lawyer.

I married my high-school sweetheart, Stephen, an Australian who has English and Irish ancestry. Although we married young, I waited until I was established in my career to have children. We have a daughter and a son who are now in their twenties.

Soon after I graduated, more than 25 years ago, I specialised in health law and find it really rewarding. No two days are the same. I have assisted clients with the first robotic surgery in Australia, the first total artificial heart transplant­ation in Australia, and one of the first medical marijuana clinical trials in the country, as well as genomics, personalised medicine, electronic health records and other innovative tech­nologies.

I seem to attract challenging and complex cases, and have dealt with situations involving medical negligence, suicide, assaults on health and aged care workers, and secu­rity threats in hospitals, including a concealed weapon in a prosthetic leg and sexual assaults.

The story of my mother’s life and her death was locked away for decades, until recently. Together with my brother-in-law, Malcolm Oakes, who is a barrister and married to my sister Beverly, for the past 13 years I have been forensically researching the history of my mother and her family in the archives of Hong Kong and Australia.

We didn’t know much when we started. All we had was my mother’s birth certificate that contained her place of birth, some details of her brothers, sisters and parents.

The certi­ficate stated that her parents had come from “Canton, China”. That was not very helpful. We made inquiries in Cooktown and found that there had been a family business there, connected with branches on Thursday Island and in “China”.

Further investigation revealed that “Canton” was, in fact, Pat Heung, in the New Territories of Hong Kong. My mother’s father, Lai Pak-fook, and uncles Lai Kam-tai and Lai Foo-tai had gone to Australia during the Palmer River gold rush in the late 1800s.

Lai Kam-tai built the Chik Kwai Study Hall in Pat Heung from profits of the Cooktown business, which included a general store, farming, pearling and bêche-de-mer fishing. That study hall has been gazetted as a declared Hong Kong monument.

It was exciting to discover my transnational heritage goes back to the 11th generation of the clan, in the Ming dynasty (1368-1644) – I’m the 26th generation – and a thrill to visit Pat Heung and the study hall last year.

For every verified fact, we dis­counted six false leads. We had a lot of difficulty with the variation of translation of Chinese names into English. The most reliable method is matching Chinese characters, often written on the back of birth certificates.

We discovered that my mother went to the French Convent School, now called St Paul’s Convent School, in Causeway Bay, and lived on Leighton Road, in Happy Valley. She later trained as a nurse at Royal Prince Alfred Hospital, in Sydney, during the second world war.

My grandfather, Lai Pak-fook, died in Hong Kong under the Japanese occupation during the war. He had remarried after the death of my grandmother in the 1930s tuberculosis epidemic.

Contact has been lost with the two sons from his second marriage. If they were caught in Hong Kong during the Japanese occupation, I don’t know. My late uncle Dr William Lai Kwong-yeu studied medicine at Hong Kong University, practising as a medical practitioner in Hong Kong and then in Australia.

I began my family history to find my mother and my Chinese heritage. I also wanted to find out why the Chinese travelled abroad during the late 19th cen­tury, and what it was like for them on the ships and in the gold fields.

In 2014, on the day of the siege of Sydney’s Lindt Café (when a lone Iranian-refugee gunman held 18 customers and employees hostage), I thought maybe it was worth pub­lishing my book to share the story of tolerance and kindness.

Chinese Whispers: In Search of Ivy was published in January, and I include a number of stories in the book about how commun­ities can work together despite differences. The book isn’t just about the history of my family – I’ve woven in stories of people helping our family, and of empathy and kindness. The Chinese haven’t just come to Australia in the last 10 years to buy everyone’s property. We’ve actually contributed a lot. The journey to my mother has been like an emotional roller coaster. It has been very therapeutic writing about her because in some ways I’ve come to know her better.