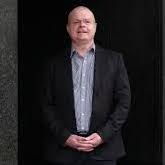 Ian Wishart, chief executive of the Fred Hollows Foundation, discusses the global eye-health organisation’s work in China, which is home to the highest number of blind people in the world

Culture shock I was born in Adelaide in 1959 and started my life as a fairly typical Australian kid, living in the suburbs and supporting the local football club. My father was a radio engineer for Philips, a Dutch firm that manufactured radios in Adelaide. When the manufacturing base moved he was made redundant. He got a new job at the Post and Telegraph Department in Port Moresby, so aged 11, I moved from an ordinary life in Australia to an extraordinary life in Papua New Guinea.

My dad was effectively an aid worker – he was there to improve the phone system – but in those days they weren’t called aid workers, they were “colonial administrators”. PNG was Australia’s only real colony. When you go to a developing country for the first time, especially as a young person, you suffer from culture shock. Your mind is buzzing, wondering why the world you once knew has disappeared and you are now faced with this new world. It was my first experience with seeing people in poverty. We arrived in 1970 and I left in 1977, when I finished high school. I had to go back to Australia for university. Independence took place in 1975.

Quarter-life crisis I remember having dreams about what I would do when I grew up – I wanted to help people in developing countries. They hadn’t invented the terms “international development studies” or “aid worker” in those days. If they had, I would have chosen that in a flash.

Instead, I went to the Australian National University, in Canberra, and studied science. I qualified in maths and information technology and my plan was to become a schoolteacher, but then I realised developing countries weren’t taking schoolteachers because they were using their own.

I worked as a teacher in Canberra for a couple of years, then worked in the public service for a few years and then I got frustrated because I wasn’t doing anything meaningful. I had what I call my quarter-life crisis at 27 and went off backpacking around the world for five months. I ended up in the UK for a while, where I worked as an IT consultant.

On the front line One day I decided that was it, I was going to do what I’d long dreamed of. I approached all the charities and was offered a job at World Vision as a trainee project officer in humanitarian work. I started work there in 1989 and for the next six years I was involved in frontline emergencies around the world.

I went to earthquakes in the Philippines, mudslides in Thailand, famine in Ethiopia, civil war in South Sudan, conflict in Somalia and Mozambique. I went to Nairobi for three or four months to work on a South Sudan programme. We had people who helped distribute food and who ran the health camps; all of that had to be organised as well as getting donors interested and writing reports, and that’s what I did.

Having a basic respect for people is important. People are poor and not as educated as you, but if you don’t respect them you’ll never get on and build things. People have physical needs, but probably the greatest need we all have is for respect.

I remember being in Ethiopia during the big famine; we were distributing food. I went for a walk one night out at the back of the camp and met a woman who was living in a house made of sticks and leaves. She had been divorced and cast out of the family, and was destitute. She invited me to sit with her and made me a cup of tea. We couldn’t communicate very well, we just sat as two human beings.

Genocide jitters My last big emergency was the Rwandan genocide, in 1994. I was there for a month during the immediate response as soon as we could get into (the capital) Kigali. The villages were empty – burned down or abandoned – and I saw long trails of people walking towards the Congo border. Most of the Hutus were essentially running away.

I was working on the planning and we’d send media guys out to do the scouting. One of the guys came back and said he’d seen a church filled with hundreds of bodies. They had gone there thinking they were safe and had been either machine-gunned or macheted. I began to feel the stress. I called my girlfriend, Chris, from Rwanda. She was working in the same organisation, on the fundraising side. I said I didn’t want to do another emergency, let’s try and find something else.

A new focus Chris and I got married and went to Laos for three years, working on longer-term development. Then a job came up as the chief executive at Plan International (a children’s-rights focused agency). I worked at Plan International for 18 years. Six months ago, I left to be CEO at the Fred Hollows Foundation.

I see a link between working for the two child-focused agencies and then a global eye-health organisation – so many times I’ve seen a blind person in the developing world and they are almost always looked after by a child. The child – usually a girl – is taken out of school because their grandmother, mother or father is blind and they are designated to look after that person. My concern had always been about getting that child back to school, but then I started thinking my focus should be how do we get the blind person to see again. If someone has cataracts, it’s possible to restore their sight in 15 minutes.

Magic moments This is my first trip to Hong Kong and China in this capacity. Fred Hollows has been restoring sight and helping improve the eye-health system in China for 20 years. We’ve screened more than 3 million people, we’ve done 1.1 million eye-saving interventions and 93,000 cataract operations and trained 30,000 health workers.

There are more people blind in China than in any country in the world – 20 per cent of the world’s blind are in China. Eighty per cent of ophthal­mologists are in the cities, but 80 per cent of China’s blind are in rural areas. It’s not enough to train a few doctors and have a clinic. People often don’t come to get treated, either because they are afraid of the surgery or they don’t know their eyes can be fixed.

At the Fred Hollows Foundation, we talk about “magic moments”, the moments when you see the patch come off after a cataract operation and the person can see. A big smile comes across their face. They get so happy, some of them will dance. Every day I wake up pinching myself think­ing how lucky I am to be doing something that I enjoy so much and that is so rewarding.