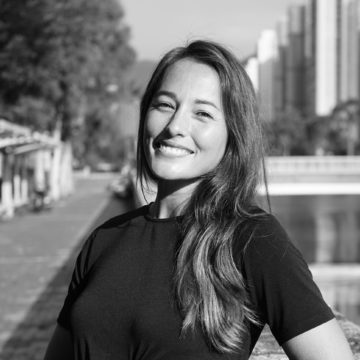 Author Lindsay Varty travelled across the city to talk to artisans working in trades that are fast dying out. From Auntie Yan and her vengeance shoe to Chan Lo-choi, still making wooden birdcages, here are some heroes from yesteryear

Lindsay Varty spent three years tracking down 30 artisans, listening to their stories and documenting the lives of the people behind some of the city’s old and declining industries. In Sunset Survivors, their tales are accompanied by striking images taken by photographer Gary Jones.

London-born Varty was raised in Hong Kong. Her mother is a fourth-generation local and her British father came to Hong Kong as a child. As a youngster, her parents took her and her brother to wet markets and dai pai dongs.

Several years ago, Varty – a former journalist who is now a professional rugby player – noticed that an old man who had sold flowers to her father in Lan Kwai Fong had disappeared. She then started realising that other elderly people who plied their trade were also vanishing.

“I wanted to write about these people before they were gone,” says Varty, 30.

From fortune-tellers to face threaders, Varty selected 30 artisans for Sunset Survivors, but says she found enough to write a second volume. Although she is fluent in Cantonese, many of the tradespeople spoke Hakka or older dialects, so she usually brought a translator to the interviews. Most artisans happily agreed to an interview – once she had done a little buttering up and explained that she believed they represented the true spirit of Hong Kong.

Although these tradespeople are all aware that they are among the last practitioners of their chosen profession, they are more practical than nostalgic about the end of the road.

“They worked hard so that their kids didn’t have to. They sent their kids to university and are proud if their son is in finance, happy that their children are able to live a more comfortable life,” says Varty.

Here are six of the artisans featured in Sunset Survivors.

Auntie Yan has worked as a “villain hitter” or “devil beater” for many years. She and the handful of elderly women who sit under the bridge in Causeway Bay’s Canal Street practice a form of folk sorcery which originated in Guangdong. For a small fee – about HK$50 – she helps people improve their luck and, more often, seek revenge on cheating husbands and harsh bosses.

The client either brings a photo of the person to be “cursed” or else that person’s name and date of birth on a piece of paper. Auntie Yan blesses her client and then beats the paper with a wooden shoe while chanting an incantation that roughly translates as “hit until your arms break, hit until your legs break”. A blessing is made to the White Tiger spirit by smearing pork fat across the mouth of a paper tiger and then burning it, and prayers are made for good luck.

Originally from Vietnam, Chen Kau came to Hong Kong in 1972 and worked as a bartender until a customer suggested that since his English was so good he should become a letter writer. He and the other elderly men who sit near him at the Yau Ma Tei Jade Market are the last letter writers in Hong Kong. Kau has been using the same manual typewriter for 46 years.

In the early days, he helped people correspond with relatives in China and wrote love letters for prostitutes to their sailor boyfriends, but these days he has few customers and those that come usually want help with tax forms, visas and welfare applications.

Master Chan Lok-choi is the last bamboo birdcage maker in Hong Kong and works out of a small store in the Yuen Po Street Bird Garden. Now in his 70s, his uncle taught him the craft when he was just 13 years old. It takes him about a month to make a bamboo bird cage by hand, although these days he spends most of his time repairing old cages.

Keeping birds used to be a popular pastime, especially among elderly men who could be seen talking their caged birds for a walk at night or early in the morning, but the 2012 bird flu outbreak put a dampener on the practice.

Wong Shue-yau learned the tricky technique of relief printing as a young man, individually selecting each letter, character and number and arranging them by hand. For years he saved to buy a second-hand Heidelberg printing press – which cost as much as a small flat in those days – and he and his wife opened their small printing shop, at the end of Wellington Street in Sheung Wan, 44 years ago. Business was good in the early days, but these days the need for speed means many of the orders from the loyal customers who still come to his hole-in-the-wall shop are passed on to a digital printer.

Becky Tam began working part-time in the China Cafe in Mong Kok as a teenager and has been there more than 50 years. In fact, many of the staff have worked there as long as her. With its tiled walls and wooden benches, the cafe is one of the last remaining bing sutts. The name literally translates as “ice room”, and bing sutts were some of the first places to get air-conditioning in Hong Kong. Established in the 1940s, they are considered the precursors of the modern-day cha chaan teng and serve milk tea, biscuits and small pastries.

Irene Lee is the owner of one of the city’s last remaining dai pai dongs, a buzzing street eatery at the bottom of the Mid-Levels escalator close to Queen’s Road Central. The government stopped issuing licences for dai pai dong in 1956 and the current licences can only be passed on one generation. Lee got her licence from her mother and works in the open kitchen, serving up noodles and her famous macaroni and tomato soup to businessmen, tourists and labourers. She knows many of her customers by name and her dai pai dong is firmly entrenched in the local community.