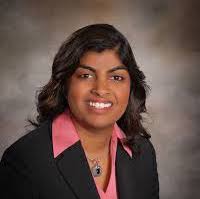 India-born human rights advocate was sold into slavery as a child. Now she works to end the trade in people in the hope no child will have to endure what she went through

Sold into slavery I was born in Kerala, in southern India, in 1972. I had a normal childhood with my mom, dad and four brothers and sisters. My father wasn’t doing too well health-wise, so a well-respected woman in the community offered to help our family. She asked my mother if one of her children could live with (the woman) down the street and in exchange she’d give that child food.

My mother, as a parent who wanted the best for her child, allowed me to go. Aged seven, I would go back and forth between my home and this other house, and my mother would often come and visit me with my siblings. This went on for about six or eight months. Then, one day, the woman sold me to a man across the state border in Tamil Nadu. It turned out that the woman had actually been looking for vulnerable children to recruit.

Seasoned for submission I had no idea where I was and became very disoriented. I started crying for my mom and asking for my brothers and sisters. The trafficker told me that I now belonged to him. He also told me my mother had died.

There were other kids being held in the same place, too. Some were being trafficked, some were being abused. They collected kids for the purpose of exploitation. We were in a secluded area where they controlled us and made us work 12 hours a day in a brick factory and at night I was put in a cage. My owner was doing something that is known as “seasoning for submission”, where you abuse and torture a child to the point that they submit to the will of the master – that’s how they get control of you.

Traffickers don’t see individual people – they saw me as a piece of property to be abused. They don’t have a heart; in some ways they are inhumane – they are simply there to make a profit. They barely gave me any food, I was malnourished and beaten and became so broken down that I was of no value. Because I couldn’t make any more profit for my trafficker, he shipped me out of India and into Canada and then into the United States (for illegal adoption).

Adopted and orphaned When I got to the US (in 1979), I looked physically and mentally ill. I was adopted by a single woman. She was wonderful; she really was the turning point in my life – she rescued me. All she knew was that I was an orphan child, but I wasn’t what she expected, I was very much down and out.

I wasn’t functioning well – I had trouble walking because of being held in a cage and I didn’t talk because I was so traumatised. My adoptive mother got cancer and she passed away when I was 16. My life turned again. I was afraid of law enforcement and authority, so I didn’t ask for help. I became very independent and lived by myself.

High school romance I met my future husband, Trong Hong, at high school. It was a blind date set up by a friend. It’s very scary and difficult to talk about your past trauma and you are definitely not going to talk about it on your first date. It was two or three years into our relationship before we shared the stories of our pasts.

He was born in Vietnam and his father put him on a boat to escape being recruited as a child soldier, which is a part of trafficking as well. So, aged nine he escaped and ended up deserted on an island in the South China Sea, where he built himself a shelter out of banana and coconut leaves. To cut a long story short, he was sponsored to Seattle.

Going home When I was 28 and had just had my second child – we have four children in all – I decided I wanted to go back to India and find out where I was from. I went there on vacation and found my birth mother through a series of events that seem like miracles. I was reunited with my family, my mom.

My mother had been told that I was dead and wouldn’t come back. I heard, from my mother’s perspective, how she lost a little girl and how she searched for me for 21 years without help. It was at that moment in my life I decided something had to be done about child trafficking and that’s when I became an advocate.

Fighting back I learned about the trade and did a lot of research into how it operates; it was very difficult to understand how it happened to me. I started in my local community. I spoke in front of the Washington State Legislature and, in 2002, after the testimony of my story, we passed the first law in the US at state level to criminalise traffickers. Now all 50 states have laws against trafficking. From there I went nationally and then internationally, and I’ve travelled to about 30 countries.

This is my first time in Hong Kong. My husband and I created the Tronie Foundation, which is both of our stories put together to help children all over the world. In 2011, I was appointed as a UN Special Adviser on the Global Initiative to Fight Human Trafficking. Until then, they didn’t have anyone who was a former victim to tell their story and allow that platform to develop.

The Freedom Seal In 2013, I went before the UN Assembly to ask them for five things, one of which was to create the World Day against Trafficking in Persons, which is now held on July 30. I’ve created a label called Freedom Seal, the goal of which is to reward companies that take proactive steps in the prevention of human trafficking. My goal is for this seal to be put on products to let consumers know at the point of sale that this company has done everything it can to not use child slaves (in its supply chain).

Twenty years ago, when I was working on this issue, no one would understand when I told them my story – what is human trafficking? Today there are events around the world and corporations and companies joining the fight to bring greater awareness, but also to take concrete action. I feel I have a network of supporters and now we can actually fight these criminal networks.

Saving the children I go to Kerala once or twice a year. My family there have been following what I’m doing. They had a price to pay, too. My mother and brother and sisters lost a daughter and a sister. My husband works as a builder. He built our own home, in Olympia, Washington, which is amazing because that’s something we didn’t have as children.

Both my husband and I know the pain of being a trafficking victim. We don’t want another child to go through what we went through, which is why today we speak for those without a voice.