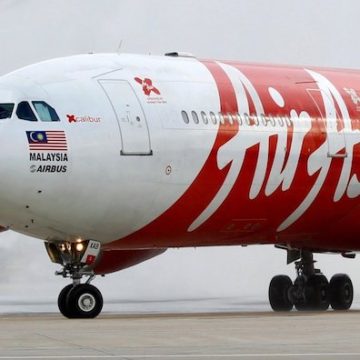 The travel industry wants to cash in on the rise of short-haul travellers in Asia. One company has launched a new campaign around the ‘Holiday Quickie’

Budget airline AirAsia has launched a cheeky campaign based on the idea of the “Holiday Quickie”. It sounds a little risque, but the branding team insist that it is based on an important issue: to encourage Singaporeans to take their work-life balance seriously.

“We looked at the Singapore market and noticed that people in Singapore are always feeling depressed and looking for a break,” says AirAsia’s group head of branding Rudy Khaw. “Singapore is an island, so if you want to get away you can jump on a plane. The campaign is an opportunity to show people that they can go for a quick getaway, a holiday quickie.”

Khaw says that the boom in the low-cost travel industry since 2001 means that people tend to travel more regularly.

“This is especially true of the younger market. They take more trips whenever they want, but there are quick getaway opportunities for everyone and the Southeast Asia region offers great diversity,” says Khaw, adding that Kuala Lumpur, Penang, Phuket, Bangkok and Indonesia are among the most popular short-haul destinations from Singapore.

The campaign will run for three months as film advertisements as well as promotions on AirAsia’s site and app and on digital and social media.

Although the campaign targets Singaporeans, Khaw says it could equally apply to Hong Kong – another island city that has no domestic travel to speak of and where hopping on a plane for a weekend break is a viable option.

Fare aggregator and travel metasearch engine Kayak has noticed an increase in the popularity of the short holiday, particularly those using budget airlines. Kayak’s data shows that the top five destinations of Hong Kong travellers – based on flight searches on budget airlines – are Taipei, Bangkok, Seoul, Osaka and Tokyo, and all fit into the “quickie” category.

The most popular departure/return weekday combination for these destinations is Friday/Monday. Also, by the end of last year, Kayak saw a 112 per cent year-on-year increase in these searches.

“Searches for a travel duration of one to four days also increased significantly – more than 120 per cent year-on-year – which shows that Hong Kong travellers are really keen, and great at slotting in time for travel in between schedules, even for just a short one over the weekend,” says Kally Lam, associate manager, APAC Marketing and PR, at Kayak.

The report also highlighted a trend for Asian travellers to go on much shorter holidays (four days), compared to those from Europe or North America (seven days). It pointed to a difference in work-life culture and limited paid leave as the likely reasons for the disparity.

Although Asian travellers get fewer paid leave days on average compared to those in other regions, the report said they account for some of the world’s most prolific travellers, taking on average two trips a year. What’s more, three out of 10 Singaporeans and one out of 10 Hongkongers take seven or more trips a year.

“This implies that they are making full use of their limited annual leave to travel as much as possible, resulting in shorter holidays, especially with increasing short-haul flight options from budget airlines like Scoot, AirAsia and Jetstar,” the report said.

The Skyscanner data shows Hongkongers are embracing the weekend “quickie” holiday, with 20 per cent more searches for such trips in 2018 compared to the previous year. Skyscanner data shows that the “weekend getaway” spots that are gaining in popularity for Hong Kong travellers are Angeles, Phnom Penh, Cebu, Fukuoka and Chiang Mai.

“The idea behind the campaign is that it’s something fun. We want to create a lot of buzz around the idea and get people familiar with the Holiday Quickie to promote short-haul flights,” Khaw says.

AirAsia is certainly onto something. It has found a saucy label for a trend that is already well underway in Asia – particularly for work-hard, play-hard city folk in Singapore and Hong Kong who want to make the most of their limited holidays and time away from the office.