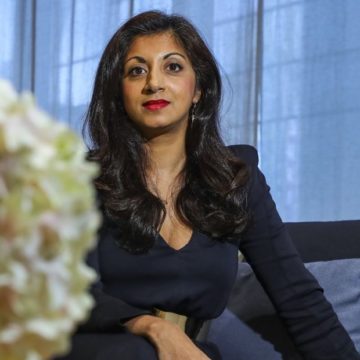 The corporate world looks nothing like it did 50 years ago – it’s faster, super hi-tech and, critically, there are women in the workplace in numbers that couldn’t have been imagined half a century ago. But despite the changes, the way companies operate is not much different.

“The corporate setting has to change, I don’t think it works any more. The work structure we know today was created by men for men. Women now work in that environment. We need to fundamentally think about how organisations are structured, how we develop a structure of inclusion, how we deal with calling out bad behaviour,” says Kirti Lad, executive director of Meraki Executive Search & Consulting in Hong Kong.

Lad sensed that the city was behind the curve, and a new study highlights just how far behind it is. The “Female Talent Pipeline Study”, published by the University of Hong Kong and Meraki Executive Search & Consulting, is the most comprehensive research undertaken in Hong Kong about female talent in multiple business sectors.

It surveyed more than 200 companies employing more than 200,000 Hong Kong people and interviewed more than 100 women, and the results are being released today, International Women’s Day.

The key finding is that while there are plenty of women in the workplace, they are not well represented at senior levels. Their participation rate falls as they rise up the ranks; while women make up 53 per cent of the total workforce, they account for just 29 per cent of senior management.

Lad isn’t demanding that women change; she wants the workplace to adapt so women can not only survive but thrive.

“In the gender diversity reports about how to get more women in the workplace, it’s all about fixing the women – put yourself out there, get a mentor, build your confidence. It’s about what we should do. We shouldn’t have to do that. We should be in an environment where we can be who we are. We don’t have that yet,” says Lad, who has called Hong Kong home since 2012.

“We think of Hong Kong as an international city with a global outlook, and yet this gender bias suggests a much more traditional mindset. And testament to this is the fact that many firms don’t see the disparity as an issue. More than half of the Hong Kong companies engaged in the study are not tracking female talent pipeline data,” Lad says.

“Many companies don’t even recognise they have a problem with management of their female talent pipeline. They feel they are doing an acceptable job because they are doing better than industry competitors.”

So what are companies doing wrong? Why are the many talented women not making it to the senior levels in numbers equal those of men? Lad believes that although many companies have solid diversity and inclusion initiatives, they are not being led from the top and are not part of company culture.

“There is a disconnect between how we work and the work environment. The work structure isn’t fit for the purpose,” Lad says.

Part of the reason, she believes, is ingrained attitudes and social mores. Take, for example, the assumption that you are only a good employee if you are in the office from 8am to 7pm. Such long, rigid working hours are not compatible with the lives of many women, especially those who face demands on their time from family.

The way that companies traditionally hire maintains the imbalance. By hiring for skill set – how long a person has been doing a particular job – rather than potential, companies exclude many women. Lad calls for a more creative, open-minded approach when it comes to hiring to bridge the gap.

“As long as companies continue promoting these old-fashioned ways of assessing potential, women will never catch up,” Lad says.

Attracting female talent to graduate entry positions is fairly easy – women candidates tend to be much stronger than the males, more mature and more articulate. The challenge is keeping them.

“As the team gets more experienced, we tend to lose more females as we get to the director and partner level, and that’s mainly around families. We are aware of that threat,” says Grant Jamieson, head of risk consulting at KPMG, a global professional services company.

For many years KPMG has offered flexible working hours or the option to work on a part-time basis after maternity leave to try to keep female talent. KPMG isn’t just doing this out of the goodness of its heart: it makes good business sense, particularly as the competition for resources becomes tougher.

“It’s important to have diversity in the team and our clients expect that. If we turned up with an all-male team, we would be criticised for that,” Jamieson says.

From her many years of experience in the recruitment business, Lad knows that when an organisation seeks support for a new hire, more often than not what they are doing is looking to hire a man to do the job of a woman they have lost. And they lost her because they didn’t stretch her or promote her.

“The women are leaving, and they are replacing them with men who may actually be at the level of the woman who left. There needs to be a change in attitude of how we hire and promote. Everything is around how companies manage and stretch their talent,” Lad says.

The firms that are benefiting are the smaller ones, where women are seen to be much better represented – the study found 56 per cent of women at senior level in small organisations (50 employees or less) compared to just 22 per cent in large organisations (500 employees or more). This is largely because smaller firms allow for more flexibility in terms of work hours and environment. The 56 per cent figure also represents a high number of female entrepreneurs.

The large organisations that are doing well are the ones such as KPMG that have introduced flexible work arrangements, objective career planning, international job swaps and employee engagement initiatives.

“Schneider Electric, Pepsi, KPMG – they’ve really thought through how and where their barriers for women are and have developed a smart, tailored approach to how they can retain those women,” Lad says.

When Jamieson goes home at night, he talks to his wife about issues that have come up during the day and appreciates that she approaches them from a different angle.

“Female input provides a different point of view and can be very valuable. I think it’s the same in the workplace. It’s good business practice. If you don’t then you’re missing out,” Jamieson says.

And many Hong Kong companies are clearly missing out. David Bishop, who is a principal lecturer at the University of Hong Kong and was involved with the study, has been teaching at the university for a decade and says female students consistently outperform males in all empirical measurements, admissions tests, cumulative grade point average scores and hiring statistics.

“But something happens in Hong Kong that is not seen in other places. It seems to be a cultural or some other barrier that inhibits their progression at a certain point. Sometimes it’s cultural or based on family, clearly based on some level of prejudice. It’s also policy generated … they don’t have things in place to allow women to succeed,” Bishop says.

He believes change will only happen when organisations fully embrace a culture shift from the very top.

Lad agrees. She hopes to see leaders opening up to new thinking and more creative approaches, a move that will not only allow women to flourish but also help businesses succeed.

“How can a company leapfrog its competitors and market if they do the same thing over and over? We need people from different types of backgrounds to solve problems. Looking at the problem through a different lens will result in a different outcome. We don’t see enough of that happening,” Lad says.

Next year the study will be expanded into other Asian markets to compare Hong Kong’s progress with that in the region.