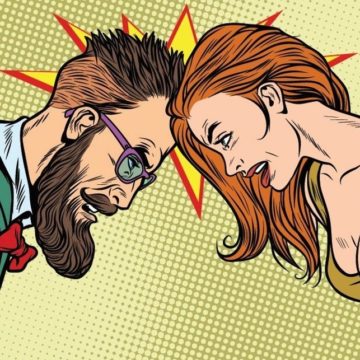 It’s a Wednesday evening and the crowd squeezed into a small function room at Hong Kong’s exclusive China Club are alumni of the Insead business school.

Mostly in their 30s and 40s, they are a professional-looking bunch – men and women fresh from their offices.

What has enticed them to come straight here, skipping dinner? Perhaps a talk on banking trends or corporate governance? No – they are here to discover the secret to being a successful dual-career couple.

Jennifer Petriglieri, associate professor of organisational behaviour at Insead, is well positioned to speak on the subject. She’s not only one half of a dual-career couple, she has also spent six years studying the subject and, in October, published the book Couples That Work.She conceived the idea for the book when her two children were young, and she was acutely aware of the interaction between kids and career. It was also around the time that Facebook COO Sheryl Sandburg famously stated: “The most important career choice you’ll make is who you marry.” Petriglieri was at the event.

“I remember listening to that and thinking: ‘Yes – and is that it? I just pick the good person and then everything magically unfolds.’ That was just not my experience, and it wasn’t the experience of pretty much anyone I knew,” Petriglieri says.

She went to the library in search of answers, and although she found plenty of practical advice – about how to divide childcare, for example – there was no solid research that examined how couple’s careers impact each other and the intersection of the two.

That marked the start of her six-year research project interviewing couples around the world at different career and life stages.

“There’s very little out there for couples that looks at the intersection between work and relationships. There’s stuff on relationships … and a lot of stuff on career development, but it treats your career in isolation, as if you are no-strings-attached. My ambition in the book is to shift the conversations to look at what does it really take to work,” says Petriglieri.

What most people at the China Club event wanted to know was: what’s the hack? What is the ultimate arrangement that makes for a successful dual-career couple?

That was the holy grail that Petriglieri was chasing, but three years into her research the data showed that there wasn’t one single arrangement that worked.

She spoke to couples who moved all over the place, others who were stable, those where one partner’s career was prioritised over the other, some who had a lot of domestic help and those who didn’t – and in each case there were some couples who were supported by these things and others whose relationship floundered.

Then she had her “aha!” moment.

“It’s not about the arrangement. Anything can work, but it’s really important that you explicitly negotiate it,” Petriglieri says.

She is quick to burst the bubble of the “50:50 marriage” – that almost mythical arrangement where responsibilities are divided down the middle, perhaps controlled by a spreadsheet stuck to the fridge door. Though it’s a nice idea, Petriglieri says that pinpointing the practicalities and logistics of childcare is focusing on the wrong level of the relationship.

“When couples focus on that division of labour – who does what – they fall into a trap which spells the end of relationships, the trap of having a persistent imbalance of power,” she says.

Though she didn’t discover a “hack”, Petriglieri did find common ground among the dual-career couples who made it work: they developed a habit of having deep conversations about things that didn’t concern money, childcare or logistics. They spoke about the things that really mattered, things that might be considered principles or values.

“Do you want to be a couple that is embedded in your family or origin? A couple that travels regularly? A couple with close ties to your community? These things matter and should be the decision criteria for when you get your big decisions coming up,” Petriglieri says.

She encourages couples to write these things down separately and then look at them together. The idea is not to find a match, but that each partner understands the other’s ambitions.

“The couples that failed, failed because they didn’t understand what they were supporting,” she says.

She also recommends that couples discuss which lines they are not going to cross. For Petriglieri and her husband Gianpiero, this was not working outside Europe. For others, it might be a time boundary, such as not travelling for more than 20 per cent of the time. And with boundaries in place, couples feel safer.

“One of the problems of privileged people is that you’ve got too many choices. If you remember your decision-making classes, too much choice makes it harder to choose, and more likely we’ll regret our choice. Limiting choices is a good thing to do. It makes decision making easier. It makes us feel safer and happier,” she says.

Petriglieri’s data showed that the struggles couples face tend to come at three specific transition points.Her book could be regarded as a road map with suggestions for the direction that conversations might take at each of the transition points: the first transition is at the start of a relationship, when the couple moves from being independent to interdependent careers and lives; the second tends to happen when people are in their 40s and is commonly known as a “midlife crisis” when one partner or both begin to re-examine their career or life path; and the third transition is usually triggered by shifting later life roles that often create a sense of loss, when a career plateaus or declines, or children leave home.

For expat couples who come to Hong Kong and decide that one partner will stop working because the other partner (often, but not always, the man) is earning so much more, she cautions against what she calls the “economic criteria trap”, which may make sense in the short term, but long term is a fragile option.

“Unfortunately, this outcome is often not a good one. It’s interesting, when we look at divorce statistics, that the lowest probability of divorce is for couples who roughly earn the same amount and roughly do the same amount of house care – it’s 40 per cent lower than baseline,” she says.Her research also led to an interesting insight about Asian couples – when children come along, grandparents are often heavily involved, which can be a cause of tension among couples.

“For local working parents, it’s a double-edged sword. It’s free childcare, but it’s support with strings. It felt like it was hard for couples to push back on their parents and set boundaries, which often caused tension in the couple,” she says.

One: Have regular conversations – two or three times a year, and definitely around major transition points – about the things that matter, your values and principles.

Two: Watch out for power dynamics. The couples who do well are the ones who try to make sure that both of them get most of what they want. That doesn’t mean you have to earn the same amount or do the same things, but you both get a shot at perusing your own ambitions, personal and professional.

Three: The couples that last the longest are the ones whose relationship is based on kindness. Especially for a busy working couple, it’s so easy for that to go out the window and it’s such a basic thing. A lot of that kindness is about recognising sacrifice. If one partner goes away on a work trip, it means a lot to say: “I’m grateful you’re holding the fort this week.”