Home / People / The bear that started it all 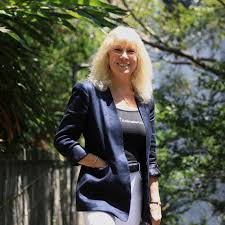 Missing mum: My dad was a British Royal Air Force squadron leader and I was born in an RAF camp in Newark, Nottingham, in 1958. My youngster sister, Anne, was born a year later. When she was just a couple of months old, our mother died of septicaemia. My dad was heartbroken. He said two things about her: she was the best woman in the world and she died screaming in agony.

When I was about two years old, Anne and I went to live with an auntie and uncle in Enfield, Middlesex. We had a wonderful life with them. When I was nine, our dad took us back. He’d left the RAF, moved to Enfield, and got a job as a bank clerk. It was another big change.

We’d had a close relationship with our auntie and dad wasn’t tactile. He dressed us in appal­ling orange and lime-green drip-dry crimplene. But he had amazing values and raised my sister and I to be kind, ethical and tenacious. Anne and I became very independent – and very naughty – together. It brought us very close.

Cool cat: I’ve always loved animals. I’d be pulling on my walking reins to touch a cat or a dog. I badgered my dad to get a pet and, when I was 12, we got a cat called Aze. It would meet us at the end of the road after school and walk us home. When I was 15, Aze disappeared. Dad was devastated; it reminded him of mum’s sudden death.

At school, I loved singing and was in a choir. We’d go to the BBC and sing on a couple of [radio] programmes – Time and Tune and Singing Together. My music teacher helped me get a job as a secretary at the BBC. I spent five years there, working for current affairs programmes, then moved to Thames Television. I did a few research jobs for a programme called Good Afternoon and enjoyed the buzz.

Loving Hong Kong: I’d got married when I was 23, but after four years the marriage had run its course. Then I met John [Warham]. He’d just got a job as a Cathay Pacific pilot and asked if I’d come to Hong Kong. I loved it as soon as I got off the plane. By July 1985, we’d rented a place in Sai Kung and then found a place in Clear Water Bay. It was dilapidated, but it had a small garden and steps down to the beach. We scrimped to get a mortgage. (John and I separated in 2004 and sold the house.)

Undercover operative: I was hoping to go into tele­vision research. I went for an interview at RTHK, but it didn’t feel right. I’m a believer in gut feelings. Not long after, I saw someone walking his cat on the beach. I was intrigued and went to say hello. The wonderful cat was Dennis and the man was David Dawson, the Asia consultant for the International Fund for Animal Welfare (IFAW).

I’d done fundraising for IFAW in the UK and became good friends with him and his wife, Alex. I began doing volunteer work for IFAW in Hong Kong and under­cover investigations in the live animal trade and dog markets in China, South Korea and the Philippines with David or our fearless Philippines representative, Melchor Alipio. It was an eye opener.One time, in a South Korean dog market, the traders became suspicious because we were taking pictures of the killing of the dogs, the dead dogs. They rounded on Mel and pushed him against a wall. It was tense. David and Alex left in 1990 and I took over David’s job. I was doing exactly what I wanted but I found it frustrating because the animal trade was so egregiously cruel. I fiercely lobbied against regulating the trade; I knew it would just go on behind closed doors.

Friends not food: I felt that if you bring the community closer to dogs, and they are recognised as our friends and not food, people would be more connected to them. I read scientific papers in The Lancet and The British Medical Journal which showed being in the company of dogs could lower your blood pressure and cholesterol levels, and boost your immune system.

I looked at my old golden retriever, Max, and thought he could be a therapy dog. I phoned many hospitals and disabled centres but always met the same reaction: “You’re not going to bring an unhygienic, smelly dog into a clean hospital”. In 1991, Matron Au at the Duchess of Kent Children’s Hospital said she’d give me an hour in the garden with one dog.

I brought a reporter from the South China Morning Post and bandages so the children could bandage Max in the same way they were bandaged. Max was so tolerant. Then a paraplegic child was wheeled out. Max put his paws on the bed and this little guy’s face lit up. Doctor Dog was born. When the story was published, the phone rang off the hook with volunteers and hospitals and old people’s homes saying they’d like to try it.

Light-bulb moment: In 1993, I got a call from a journa­list who had visited a bear farm in Zhuhai –bears were being kept in a basement. I went with two friends and joined a tour group. We were shown the healthier bears and sneaked away to find the basement. It was awful. There were 32 moon bears in cages with long catheters protruding from their abdomens.

As I got close, the bears made popping vocalisations; they were afraid. I felt something touch my shoulder and turned – a bear had reached through the bars. It seemed the most natural thing in the world to take her paw. She squeezed my fingers and I looked into her eyes – it was a light-bulb moment. That one bear began everything.

Bear necessities: Later that year, I visited another bear farm with 13 moon bears in awful conditions. The local authorities said they would close it. Hong Kong legislator David Chu Yu-lin had a house in Panyu and was happy for us to build a bear sanctuary on his land. In 1996, nine of those 13 bears moved into the sanctuary; the other four had died.

I wanted to do something focused on ending bear farming, which is how we came to start Animals Asia: myself and John, Boris Chiao, Gail Cochrane and Winnie Luk Yan-ling. It was launched on an auspicious day, August 8, 1998. The aim was to end bear farming and stop the consumption of dogs and cats. In 2017, we signed a memorandum of understanding with the Vietnamese government to end bear farming by 2022.

Local authorities in Shenzhen and Zhuhai recently said they are banning the consumption of dogs and cats. It has taken the coronavirus to do that, but I like to think we put the building blocks in place. We are working with the Chinese government to close illegal bear farms and give those bears peace and sanctuary. We’ve still got so much to do, but we have a solid foundation and an incredible team.

Second chances: In October 2018, I was in Mauritius with my family. On the beach one morning, moving a heavy wooden sunbed, I fell backwards and felt something pop. I’d broken my back. I had to wear a brace for three months. My sister was fantastic and took care of me.

Bears get a lot of spinal issues and the experience made me think of them: bears are such stoic animals, so when you see a bear in pain you know they must be in agony. I do an hour of hard physio every day and now I can run and jump and skip – it feels like a second chance at life.