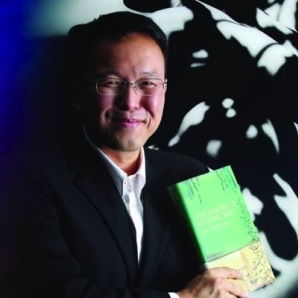 Tan Twan Eng knows all there is to know about Japanese gardens, can tell you all about Boer war postmarks, and he’s even something of an expert on tattoos. It all went into his second novel, The Garden of the Evening Mists, which last week won the prestigious Man Asian Literary Prize.

Not that the Malaysian lawyer turned author has much of a green thumb. In fact, he admits to having absolutely no interest in gardening. “One of the reasons it took so long to write the book was because I was very reluctant to write about gardening. I kept trying to think of ways to circumvent it.”

But there was no way around it – the garden is central to the novel. It’s a character in its own right, he says. And all the time he was trying to avoid writing about it, gardens were seeping into his life. “My friends in Cape Town constantly talk about their gardens or some flower, or they go to the west coast because the flowers are in bloom and you can see fields of them. So listening to them, I suppose I was influenced.”

What was a KL city boy doing in Cape Town? It all started in 2004 when he decided to take what he calls a “gap year”. But it was anything but a year of lolling around. He was an intellectual property specialist in a prestigious law firm but he was losing interest in the law and wanted an excuse to get away for a little while. His exit ticket was a master’s degree at Cape Town University.

During that “gap year”, which he stretched to almost two, he completed not only his master’s, but his first novel as well – The Gift of Rain. Not the average lazy student lifestyle.

“It could be the Asian way of studying,” he says. “My study notes are organised. I draw charts with various headings and then memorise them. I take a mental snapshot of the chart so then in the exam if I can’t remember something I think of the structure of the chart and zoom in.

” The literary aspirations aren’t a surprise. He’s nursed an ambition to write since his teenage years when, as an avid reader, he put down a book and thought, “I can do better than that”. The book was something he did when he’d finished with his law studies for the day. When he first sat down to write – his only experience, two “very bad” short stories – he had just the two main characters and the opening and final scenes.

“That’s all I needed,” says the 40-year-old. “Writing your first book you have that freedom, you don’t know what rules you’re breaking. No one knew I was writing it.”

It didn’t take long to land a good literary agent – Jane Gregory in London – but it was two years before The Gift of Rain was published. That’s not long in the publishing world, but for Tan it seemed an eternity. His life was hanging in the balance – to become a writer or return to law?

“I went back to Kuala Lumpur. Same office, same desk and the cases that were there when I left were still pending. I wanted to cry the first day. It was terribleIt was as though time had not moved,” he says.

But time did roll on and when Gregory sent him the galley proofs of The Gift it was all he could do not to run around the office in delight.

“Once I saw the book in Kinokuniya I said ‘that’s it, I’m going to quit’,” he says and chuckles: “Foolish again.”

He had a vague idea for the next book, but once The Gift was longlisted for the Man Booker Prize in 2007 the invitations to literary festivals began rolling in. As a new author, he felt he had to accept although the self-promotion didn’t come easy.

“It was hard, I’m actually quite private. I can be quite shy if I don’t know anyone. But I realise this is a job, these are the realities of modern publishing,” he says.

His life became nomadic, travelling to literary events and dividing the rest of his time between Kuala Lumpur and Cape Town. He regretted not taking his agent’s advice and getting down to the second book immediately after the first. Some friends told him he’d wasted a year promoting his first book instead of writing the next, but Tan isn’t one to waste time. So all the while that he wasn’t writing his second book, he was observing, making mental notes and doing research. And those comments from his friends about gardens were worming their way into his head.

He stopped travelling and settled into a nine-to-five writing routine. “I find I can think better that way. The quality is detectable as well, if you are grabbing a piece here and there the writing becomes disjointed.”

The Garden of Evening Mists is a beautiful novel. It’s narrated by Teoh Yun Ling, a retired Supreme Court judge who is the sole survivor of a Japanese prisoner-of-war camp. She has spent her life trying to forget the wartime horrors, but now learns that she’s suffering from aphasia, a degenerative disease that makes it hard to read, write and express herself. Knowing she has about a year before she loses her memories, she wants to record her life story.

Issues of remembering, forgetting and forgiving bubble close to the surface – Teoh, terrified at the prospect of losing her ability to communicate, reflects: “For what is a person without memories? A ghost, trapped between worlds, without an identity, with no future, no past.” She leaves Kuala Lumpur for the Cameron Highlands and Yugiri – a Japanese “garden of evening mists” – where she’s agreed to meet a Japanese scholar writing a book about the garden’s creator, Nakamura Arimoto. The narrative slips back to her youth – one of many flashbacks – when she meets Arimoto, the former gardener of Emperor Hirohito. Having fallen out with the emperor, he’s moved to the Malaysian hills where he begins to build his garden. Teoh asks him to design a garden in memory of her sister who loved Japanese-style gardens and died in the camp. He refuses, but offers to teach her gardening. The novel is a meditation on memory. But while the pace is slow, the tale is anything but dull. Indeed, it’s driven by mystery and as Teoh retraces her life, pushing against the aphasia, she’s shocked to discover how close she’s been carrying the answer to one of her big questions. This is a novel to savour and keep on your bookshelf to reread. “You’ll find a different answer on each reading,” says Tan. “Your idea of people or what happened will change slightly. I hope so.”

He has done a little revisiting of his own. Before coming to Hong Kong, he visited Kuala Lumpur and his old law firm. “I met one of the senior partners. I respect him, he’s a very intelligent guy, and he asked me: ‘Are you much happier?’ I said: ‘Yes, I am, and thank you for asking.’ I was touched by it.”

And that was before he won the Man Asian Literary Prize and US$30,000 along with the prestige and increased book sales. Tan is indeed a happy man.