Home / North Korea Has a Thing for High-Voltage Fences 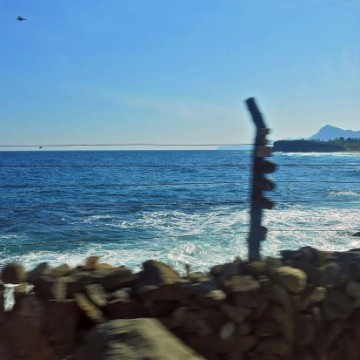 As the country is wracked by power shortages, some of the fences are live and some aren’t. Good luck figuring out which is which

The northeast coast of North Korea has a rugged beauty—the sea is a dazzling blue, the forests are lush, the air is crisp and clean. You can see small fishing villages from the tour bus, the day’s catch strung out to dry. But there’s something alarming that obscures the magnificent view: a high-voltage electric fence that runs along much of the coast.

The fence has no warning signs—North Korea is no champion of health and safety—but there’s no mistaking it. For the most part, the fence is made up of five wires pulled taught between wooden poles. In places, jagged shards of glass are set beneath it. Sometimes there’s even a roll of barbed wire on top as well.

So what’s the electric fence for? I ask Mr. Kim, my North Korean guide-minder, who shifts uncomfortably, then looks me in the eye and says: “It’s to protect the children.”

I manage to keep a straight face and wait for him to elaborate.

“We all know that children like to go swimming, but we are worried they will get too close to the wall and fall in. The fence is there to protect them,” says Mr. Kim.

It’s a classic piece of North Korean logic: Better to electrocute the children than have them drown. It’s the standard line often trotted out to tourists, but of course, that’s not what the fences are for.

North Korea is big on electric fences. In the south of the country they use them to seal off the border with South Korea, with land mines planted alongside the fence for good measure. Lethal fences are used extensively around the many concentration camps. And there are plenty more in the northeast, with a long stretch that runs down the east coast. 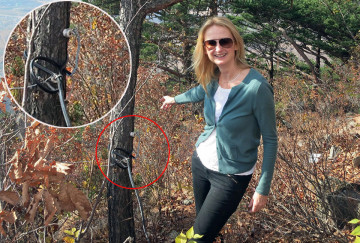 But not all of North Korea’s electric fences are made equal. Not all them are killers all of the time, largely because of North Korea’s sporadic electricity supply. Picking which one is safe to climb, and when, is a game of Russian roulette.

Curtis Melvin is a researcher at the U.S.-Korean Institute at John Hopkins University. He was one of the first to use Google Earth images to locate camps and monitor developments in North Korea. Although few of the fences show up on satellite images, he is able to spot the distinctive land clearings beside the fences.

“We can positively identify land that has been cleared along the DMZ (the buffer zone between North and South Korea) and the southern portions of the east and west coasts. These clearings contain fencing that is supposedly electrified, though not constantly. This border is meant to keep people both in and out,” says Melvin.

The electric fences surrounding the prison camps and guard posts are a different story. According to defectors, these ones are reliably electrified—and to devastating effect, he says.

One of the most horrific witness accounts comes from Shin Dong-hyuk, who recounts his story in “Escape from Camp 14.” Born and raised in one of North Korea’s most brutal slave labor camps, he and a friend dared to give their guards the slip. His friend was electrocuted climbing a high-voltage fence. Shin managed to escape by using his friend’s body as a shield to the ground current, but he didn’t get away unscathed. His legs slipped onto the bottom wire as he crawled over the corpse of his friend and he suffered extreme burns.

Florian Seidel, a German expat in Japan, visited the remote northeast in October and was intrigued by the extensive use of these fences. “Given the regular power cuts all over North Korea, I was really surprised to see the electric fences along the coastline,” says Seidel.

Others in his tour group were curious about the seeming paradox: In a region where the electricity often cuts out three times in an evening, sometimes all night, could the fences really be live? It was a question hotly debated, but no one was brave enough—or stupid enough—to find out.

The northeast is also home to the country’s first special economic zone, Rason, established in 1991. Melvin has scoured the satellite images and identified the perimeter.

“The perimeter was built years ago and is meant to be electrified, but reliable rumor from the DPRK (the Democratic People’s Republic of Korea, as North Korea is known) has it that it has not been for years and that locals have cut down much of the wire to use for their own purposes,” says Melvin.

Australian Mark Freeman has visited the DPRK four times and is preparing an academic paper on the North Korean propaganda. He doubts the fences in the northeast are live and believes that they are the relics of a more effective and extensive system.

“In North Korea, the electric fence, the barbed wire, is in people’s minds. They have been very effective in making the outside world appear very, very dangerous and unpredictable,” says Freeman.