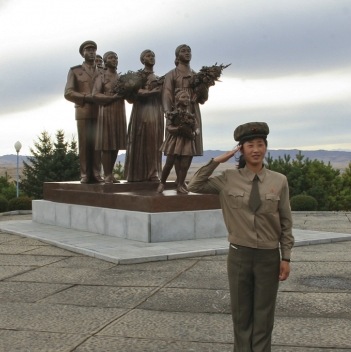 North Korea’s top end has enough stunning scenery to make you almost forget you are in the world’s most repressive state. Almost.

North Korea has been open to tourists since 1987, but it is only in the past few years that the hermit kingdom has seen visitors arrive in any significant number. Those who come from further away than northeast China do so for a glimpse of one of the most isolated and feared states in the world and, almost invariably, that entails a trip that takes in Pyongyang, the DMZ (the demilitarised zone between North and South Korea) and the mass games.

Carefully choreographed tours present Pyongyang as a modern city with skyscrapers and fashionably dressed folk toting mobile phones. There may be power cuts but no one, it seems, is starving.

Beyond the capital, however, North Korea looks very different. To experience a more raw version of this complicated country, you can now head to the remote northeast, a mountainous region that hugs the borders with China and Russia. While 5,000 non-Chinese tourists visited Pyongyang last year, only about 300 came to the far northeast. Chinese tourists, on the other hand, arrive in droves: about 20,000 a year.

“What can we do to get more Western tourists to come here?” asks Kim, an earnest local guide. 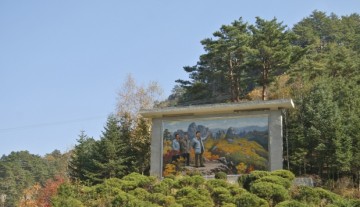 He wants foreigners to come to the northeast for the same reasons they might choose to holiday anywhere else: to experience nature – perhaps even head out on a seal-watching boat trip – relax and enjoy the local food.

No one in this tour group of 10 wants to tell him that people come for all sorts of reasons – for the outlandish propaganda, the extreme otherness of the experience, the shock factor – but a relaxing holiday is not among them. The idea seems laughable – until you get here.

The northeast is a region of stunning natural beauty.

High mountains, forests, rivers and vast windswept plains; it does indeed look like a fine setting for a relaxing outdoor holiday. But there are significant caveats.

First, few people travel to the most far-flung outpost of one of the world’s most repressive regimes without doing a little homework. Many do a lot. There is sure to be someone in every tour group who knows how many forced-labour camps you will pass and when (answer for this tour: three big ones, and the bus passes within half a mile of the entrance of one).

Second, all that nature may look fantastic, but it’s largely off-limits. Tours of North Korea are sedentary affairs; you are shuttled from one approved tourist site to another with several guides-cum-minders making sure you don’t stray far from the bus.

If you can sit tight and are able to keep the ethical questions at bay, however, a tour through the northeast is a pretty cool road trip. As for the food, well, while you won’t go hungry, there are no culinary feasts.

FOR THE FIRST COUPLE of days after having entered the country at Namyang, from Jilin province, the bus follows the Tumen river, with North Korea on one side and China on the other. There is barely any traffic. The colours are earthy and muted, and you can’t help thinking that the river seems rather narrow, and shallow. This, after all, is a well-used escape route to China. And then you notice the electric fence. 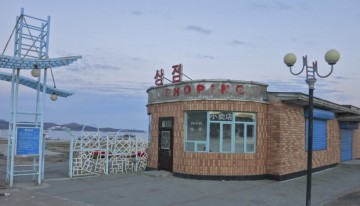 A few days later, after we have scraped and bowed in front of a few Kim Il-sung statues, visited the birthplace of his wife and dropped in on a school, the tour bus is snaking up through the densely forested Mount Chilbo. Its autumn and the leaves are turning red, orange and yellow, the hillside awash with colour.

The foliage is as spectacular as anything you will see in autumnal Connecticut.

Halfway up the mountain the bus pulls over and a picnic of fruit and bread is laid out beside a waterfall.

The setting is idyllic. The pears are mouthwateringly sweet. The air is crisp and clean. This is so not North Korea.

Then a German tourist leans over and whispers, “Did you know we passed a camp, a big one.” Apparently the bus sped past the camp as the guide was extolling the virtues of the northeast – its beautiful women, beautiful peaches and beautiful earthenware.

Back on the bus, the guide points out magnificent rock formations and tells anecdotes about each one.

We pass a big red bear statue-cum-sign. It looks incongruous and someone says so.

“What – don’t you have funny characters in your country, ones to make you smile when you’re walking down the street?” asks the guide, surprised. And, of course, we do – it’s just that no one expects to see a cartoon-like bear in North Korea. No one expects to see anything here that has been designed for the sole purpose of making someone smile.

Mount Chilbo is home to 750 species of plants, 20 species of animals and 40 species of birds. It’s on Unesco’s “tentative list” for heritage status. It has many of the ingredients needed to be a tourist destination but few come because of the concerns surrounding the regime.

The guides go out of their way to show their country in a good light. They look embarrassed when the power fails or a hotel isn’t able to provide hot water.

We reach Kyongsong, an area known for its natural hot springs, after a long, dusty drive. The hot spa looks nothing like those at an Aman resort, but there are dozens of big bathtubs and lashings of steaming water.

It’s an absolute treat; just like being on a regular holiday.

The mountains are impressive and the vast plains beautiful, but the part of this eight-night trip that most shouts “VACATION” is the drive along the east coast. The ocean is a dazzling blue and the waves break on a spectacular shoreline that alternates between steep cliffs and sheltered coves. Nestled in the inlets are small fishing villages in which the day’s catch is strung out to dry.

From the bus window you glimpse villagers cycling to work or scattering corn on rooftops to dry. Their clothes are drab, their faces tired, but no one looks like they are starving. And then you spot the electric fence.

It follows the coastal road, five wires pulled taught between wooden stakes. What’s it for?

“To protect the children,” says a guide. “Children like to go swimming, but we’re worried they’ll get too close to the wall and fall in.”

Getting there: it is not possible to travel independently to North Korea; you must go through a tour agency that will arrange your visa. Koryo Tours (www.koryogroup.com) will run three tours to the northeast this year (May 5 to 13, August 18 to 26 and October 13 to 21). Prices include hotel accommodation, transport and food inside North Korea. The mass games will not be held this year.