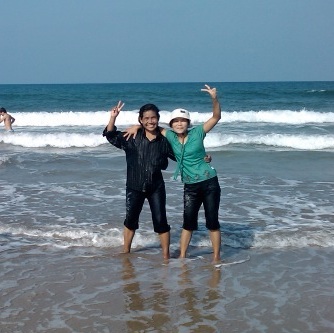 Like your sands white and sunsets bright? Myanmar is primed to become Asia’s hottest beach destination

Two thousand kilometers of coastline — much of it long stretches of white sand — put Myanmar in the running to be Asia’s next super-popular beach destination.

Many of Myanmar’s beaches are unspoiled and undiscovered, reminiscent of Thailand’s beaches 20 years ago.

The best ones are along the shores of the Bay of Bengal and the Andaman Sea — these beaches face west, virtually guaranteeing great sunsets.

Briton Stephen Barker first visited Myanmar in 1995 and has made more than 10 trips since, usually staying several months at a time. He believes the surge in hotel prices over the last 18 months augers a Myanmar beach stampede come the dry season at the end of the year.

“Given that accommodation is so expensive these days, I think we’ll see more people camping on the beach, it could really take off,” says Barker, who has made it his mission to explore all the country’s beaches.

Here are four of the best Myanmar beaches to visit.

This is a dream beach with seven kilometers of white sand fringed with palm trees. The turquoise sea is crystal clear.

Several daily flights from Yangon — a 45-minute flight — help make this by far the most popular beach in Myanmar. Once word gets out, Myanmar’s sunsets — like this beauty in Ngapali — will be legendary.

The route by road through the Rakhine Yoma Mountain range has been off limits recently because of trouble in the state.

As it’s somewhat remote, this is a place to come for a few days and sink into beach mode. Accommodation options range from small beach huts to villas and there are plenty of restaurants serving fresh seafood.

The beach is named after the Italian city of Naples — a homesick Italian bestowed the name, so the story goes.

The tourist industry is well developed and there’s plenty to do from sea sports — snorkeling, scuba diving, kayaking — to cycling and golf.

“This is definitely not the place for backpackers,” says Barker.

“You have to fly in and out and that can make it expensive. Ten years ago prices ranged from $2 to $400 and these days it’s very resorty.” 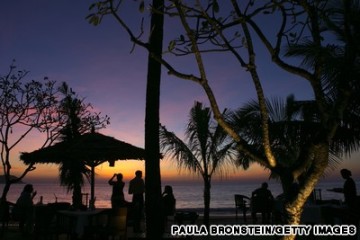 South of Ngapali and closer to Yangon, the resorts on this stretch of coast arrived a little more than a decade ago.

The sea is as clear as it is in Ngapali, but the area isn’t as developed, making it a seriously laid back spot and a great place to do nothing after exploring the country. Ngwe Saung Beach on the Myanmar shore of the Bay of Bengal.

There are flights from Yangon — a 35-minute trip — but it’s just as easy to do the six-hour road trip. If you want to savor the journey, you can take a 16-hour boat from Yangon to the gateway town of Pathein.

When you’ve had enough of lying on the beach, there’s scuba diving and snorkeling and an island at the end of the beach that you can walk out to at low tide.

You can hire a motorbike if you want to explore the 15-kilometer beach and ride on the hard sand sections and take the road that runs alongside the beach for the rest.

The seafood here is fantastic — lobster, shrimp, crab, fish — and if you’re on the beach early in the morning you’ll probably see fishermen coming in with their catch.

Myanmar will host the 2013 Southeast Asian Games in December — beach volleyball and sailing events will be held at Ngwe Saung Beach.

“I was there earlier this year,” says Barker. “The resorts are spread out and range from $15 to $400 a night, some with very nice pools, but you don’t need them because the sea is great.

“We stayed at a place called Shwe Hin Tha. It’s a backpacker favorite and costs $25 a night for a beach cabin for two.”

Close to Yangon, this beach is popular with middle-class families from the city.

It’s not as beautiful as Ngapali or Ngwe Saung beaches — the sand isn’t as white and the beachfront is a jumble of hotels — but it’s hugely popular, especially on weekends and holidays.

If you’re here during the high season and want to escape the crowds, you can hire a boat and explore one of the neighboring islands. You’ll have to bring your own snorkel set to get a good look at the tropical fish.

“This is where you go if you want to see the Burmese at play,” says Barker.

“The beach is very commercial with lots of inflatable things going on. People say the beaches north of Chuang Tha are more attractive.”

This is the Myanmar beach to hit if you really want to get away from development. Kanthaya Beach is unspoiled and undeveloped.

There are no beachside sports and shops, and that’s the attraction. You won’t be able to book a hotel in advance, but you’re sure to find a room when you arrive.

The beach is shallow and 4.5-kilometres long. Unlike the white sandy beach of Ngapali, 100 kilometers north, the sand here is golden and a little gritty.

The most important thing to remember about the Myanmar beach scene is that resorts close down during the monsoon season, from May to October.

The time to go is December through April — by spring the water is warm. Jeans in the sea — heavy but effective for body-conscious locals.

The beach is a great place to be for the Water Festival in April.

The standard Myanmar beach attire is jeans and a T-shirt — on the sand and in the sea.

Yes, that’s right, the Burmese swim in their jeans. Others wear shorts or cotton pajamas, but this is definitely not the land of the bikini.

Foreigners are afforded an exception, but this isn’t the place to flaunt that G-string you’ve been dying to rock out or decide to go topless.

Myanmar also has the potential to become a surf destination. The waves aren’t huge, which makes it perfect for newcomers, but for those after a bigger swells the time to come is the start of the rainy season (May and June).