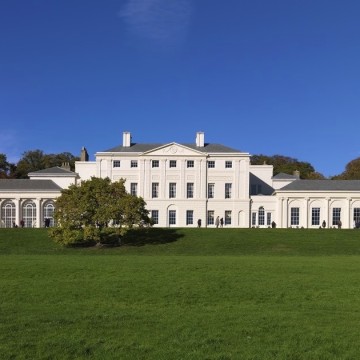 London is going crazy for all things Georgian, the period from 1714 to 1830 when a succession of King Georges reigned over Britain. It was a time of fashion, culture, art and architecture, and some of Britain’s finest buildings were created during this era.

This year marks the 300th anniversary of the start of the Georgian period and London celebrates with the recent renovation of Kenwood House, an impressive property on the edge of Hampstead Heath with sweeping views over the capital. A £6 million (HK$76 million) makeover has restored the building to its former glory and it is now the home of one of the country’s finest art collections according to Simon Thurley, chief executive of English Heritage. For all its grandeur, inside the property it feels homely, an 18th-century gentleman’s residence

The property was a small, unpretentious brick villa when the first Earl of Mansfield bought it in the 1750s; he commissioned the star architect of the day, Robert Adam, to transform the building inside and out. Adam didn’t hold back, adding an ionic portico, fluted columns and Grecian columns. 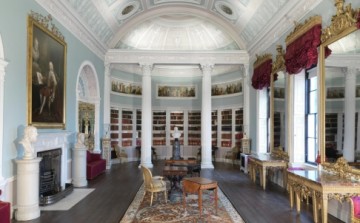 The house was further expanded in the 1790s when the second Earl of Mansfield added two large wings – and the result was a neoclassical masterpiece, both ornate and sophisticated.

The property stayed in the Mansfield family until the 1920s when changing fortunes meant the contents of the house were sold over a four-day auction in 1922 and the surrounding land was pegged out for building plots. It would have been lost to developers if not for Edward Cecil Guinness, the first Earl of Iveagh, who stepped in to save Kenwood House.

A member of the Guinness brewery family and an art collector, he bought the freehold on the house and the land.

Iveagh didn’t live at Kenwood: he used it to house his impressive art collection, and when he died a few years later in 1927, he bequeathed the property and the paintings to the nation. The house and the park have been open to the public since 1928.

The collection of Old Masters and British paintings has long been a big draw and includes works by Gainsborough, Constable, Turner, Vermeer and Rembrandt. In recent years, however, the property was starting to look a little shabby. Major structural repairs hadn’t been carried out since the 1950s, the walls were streaked with damp and the paint was peeling off. English Heritage oversaw the restoration with funds from a Heritage Lottery Fund grant, donations and money earned from a US fundraising tour of some of the paintings.

Painstaking research was done to bring the property as close to its Georgian roots as possible: researchers studied archives at the British Museum, Sir John Soane’s Museum and the London Metropolitan Archives, and found the architectural works of Robert and James Adam invaluable. Historic documents suggested that the original roof was covered with Westmorland slate and these beautiful green tiles have been replaced.

For all its grandeur, inside the property it feels homely, an 18th-century gentleman’s residence. The most impressive room is the library, also known as the “Great Room”. It had been redecorated many times over the years and careful study of Adam’s original drawings and detailed paint analysis was done to bring it back to the Scottish architect’s original.

By carefully excavating the layers of paint and taking 400 samples, the original baby blue and pink paint was discovered and has been restored, says Dr Susan Jenkins, the senior curator on the project and whose voice can be heard via the free app detailing the restoration.

The gilt paint that somewhat overpowered the room previously is now gone. The restoration team discovered that although it was old, it wasn’t the original. But they have protected the gilt, painting over it rather than scraping it off, so future historians can reverse the change if they wish – a sign of just how sensitive this restoration has been. 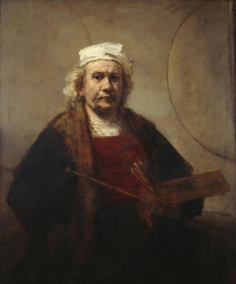 The four south front rooms, overlooking the park and lake, have been refurbished and are filled with some of the Guinness paintings. The rest of his collection of 63 paintings, including the more prized works, hang in the unrestored North Wing.

The star of the show is the self-portrait by Rembrandt that hangs in the dining room. Guinness paid £27,000 for this – a considerable sum in the 1920s – and it’s worth the trip just to see it.

With a little detective work, original furniture by the architect has also been traced and returned. Look out for the two long seats in the entrance hall – they were originally carved in 1773 by one of Adam’s craftsmen and identified using photographs from a 1913 issue of Country Life.

BREAKOUT: London has much planned to celebrate 300 years since the start of the Georgian period, don’t miss:

“Georgians Revealed: Life, Style and the Making of Modern Britain”

It’s said that popular fashion and culture as we know it began during the Georgian period, art galleries, museums and charities were founded and gardening, taking tea, reading magazines and shopping became popular pastimes. This exhibition brings together historic treasures and considers whether the Georgians were hedonists or cultured, riotous or polite.

This explores the patronage and taste in the reigns of George I and II, a period of cultural, political and social change in Britain. The exhibition includes more than 300 works from the Royal Collection, with pieces taken from royal residences across the UK.

Created by Horace Walpole in the 18th Century, this is one of Britain’s finest examples of Georgian Gothic revival architecture. It was re-opened in 2012 after a £9-million restoration which including painstaking conservation of the renaissance glass. Reopens after winter closure on March 1. Adults £8.40. / www.strawberryhillhouse.org.uk

The former country home of 18th Century painter and satirist William Hogarth, this Grade I listed house was reopened in 2011 after two extensive restorations. Hogarth lived here from 1749 until his death in 1764 and his 300-year-old mulberry tree still thrives in the garden. The property includes and museum and examples of his work.