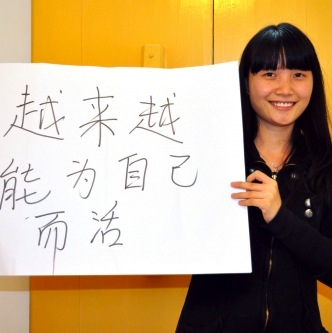 A study by a communications agency finds that the women of Hong Kong, Taiwan and the mainland have vastly different outlooks on their lives and expectations

It’s not easy being a woman in this city. Whether you’re a teenager, a career woman, a mother or a retiree, Hong Kong women face greater pressures and are more pessimistic than those in Taiwan or on the mainland.

That insight didn’t come from a university-funded study, but courtesy of a communications agency, today’s most ambitious anthropologists. Starcom MediaVest is all about understanding human behaviour better so they can promote their clients’ brands – think Wrigley and Coca-Cola. 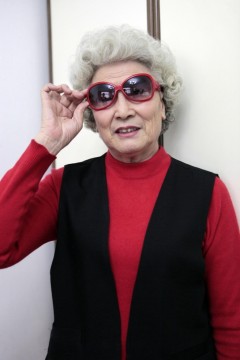 “In order to understand people you need to eat with them, drink with them, hang out with them, be part of their life and the lifestyle they are leading,” says Joanna von Felkerzam, Starcom MediaVest’s director of research and insights for Asia Pacific.

The agency earlier released “a study that interviewed more than 11,500 women across 26 cities in Hong Kong, the mainland and Taiwan. Titled “Women”, it is the largest female-focused survey ever conducted by a communications agency in Greater China. The results will no doubt help brands connect with consumers, but they also reveal insights into the lives of the women in a region where life choices and expectations are changing fast. The differences between Hong Kong, the mainland and Taiwan are especially telling.

Take the “Golden Girls”, retirees who are said to be in their so called golden years. Overall, this life stage is seen to be the happiest – the women are vibrant, full of life, and want to contribute. On the mainland they are relied on to babysit their grandchildren while their own children often work in another city. In Taiwan they are internet savvy and connect with their daughters on Facebook. But the picture isn’t as rosy in Hong Kong.

“The truth is in Hong Kong they are pretty much disenfranchised; they feel isolated from even their own children and grandchildren,” says Von Felkerzam.

The solution for advertisers is easier than for the women themselves. Justin Low, the agency’s brand reputation and communications director, Greater China suggests: “If Cartier wants to target the older ladies, they should do an ad to target the daughters, saying: ‘You haven’t spent enough time with your mum; this is a time to reconnect with her.’ You can cater your ads to target another demographic to get them to purchase stuff for the demographic that you want.”

The pressures on Hong Kong women start at an early age. On a superficial level, the study found secondary school and university students are attention seeking and self-indulgent. But a closer look shows these young women fall into two categories – the ones who want to stretch their wings and get some experience before joining the workforce and those who lack confidence and guidance.

Mainland grandparents enjoy close relationships with their grandchildren. “Young girls in Hong Kong have been accused by their parents and grandparents of being lazy, having no initiative, kind of free-riding,” says Von Felkerzam. But the reality is young women joining the workforce struggle to break through the so-called glass ceiling to senior levels.

“You need to empty the seat before someone young can get in and no one is leaving those seats. So the hierarchies are well established and these girls are thinking, where am I going to go and how hard do you have to work to get anywhere?” she says.

It’s a different story on the mainland. “Chinese women feel that there is no glass ceiling, they can go as high as they want,” says Bertilla Teo, Starcom MediaVest CEO North Asia and Greater China.

The entrepreneurial spirit embraced by mainland women explains why many get the nerve to open businesses without any experience.

“In China opportunities abound. There is so much mobility across different tiers,” says Von Felkerzam. “They see the internet as a way of reaching different places at the press of a button; all you need is to know what to sell and who to sell it to. But in Hong Kong, women want to work for a good, established company or become doctors or lawyers or work in finance; so their paths are much more linear.”

However, Teo sees a flipside to the go-getter attitude of young women on the mainland – the mistress phenomenon. 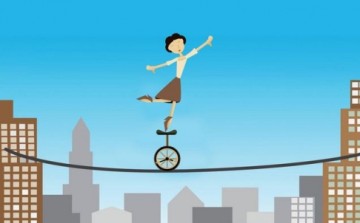 “For some of the university students, sadly, a big win route is being a career mistress,” she says. “We spoke to a university student in Guangzhou who told us about her classmates – they don’t mind that they are a mistress to a government official. They have a go-getter mentality – they want big cars, a good house. That’s their motivation.”

Taiwanese women, on the other hand, have a less aggressive approach to achieving their goals. As young women they yearn for and seek experience as career women, and many are comfortable to either stop work altogether or drop down a level in order to start a family. From their adolescence through to their golden years, Taiwanese women are seen to have a more balanced, spiritual perspective.

“Taiwanese women are content about taking one or two years off when they have children; they don’t see it as diminishing their achievements or their pride. In Hong Kong and the mainland, women just don’t do that,” says Von Felkerzam.

And there are new emerging social dynamics between men and women in Taiwan. Men are taking more supportive roles in some areas traditionally seen as women’s – helping with grocery shopping and home cooking.

One of the most surprising findings for Von Felkerzam is that Hong Kong’s career mothers are desperate for love from their children and disappointed that they’re not seeing it reciprocated. That isn’t an issue in Taiwan.

“It immediately shows that the more time you spend with your kids, the more love you see back. And it translates in the future where these Taiwan mums, now in their 60s, are on Facebook with their daughters and the rest of the family, and know what’s going on, whereas Hong Kong mums are neglected and feel like they are missing out. They have articulated that this is a struggle for them,” she says.

On the mainland, children develop close bonds with their grandparents, who are often the primary carers. There may come a time when mainland mothers resent their parents’ close relationship with their children and feel like they’ve missed out, says Von Felkerzam. But for the moment, their priority is on making money and striving to reach the next level.

For the advertising gurus, these insights will mean rethinking their strategies.

Traditionally, mothers have been seen as time starved and the advertising solution has been to offer time-saving tips such as quick recipes or apps to help them become more efficient. Advertisers seeking to connect with Hong Kong mothers may want instead to offer tips on how to spend quality time with their children.

Of course, these are broad generalisations and there are differences within the regions, particularly on the mainland where response varied greatly between women in cities of different sizes. Ten years ago, when Teo first went to the mainland, young people all wanted to move to Beijing, Shanghai and Guangzhou to seek their fortunes, but today many are happy to stay in their home city and make a life there.

“We always thought these young people in tier three and four cities wanted to move to tier one or two cities, but when we interviewed them they [said] they are happy. They’ve heard the stories and the consensus is that maybe tier one isn’t for everyone,” says Low.

Taiwanese women may have come out trumps in this study as the most balanced and happiest, but it’s not all gloom for Hong Kong women. Attitudes are already changing. Youngsters observe the long hours that older women put into their career and find that it doesn’t seem to be making them happy, so they are questioning whether they want that life, too. They also look to their own mothers and see the pressure they are under juggling a family and a career.

“Young Hong Kong women are not being programmed to be the career-minded girls in the way today’s career women were,” says Von Felkerzam. “It’s a big societal change that Hong Kong has to go through and what doesn’t make it easier is knowing that across the border are these generations of ambitious, driven women and this competitive spirit.”