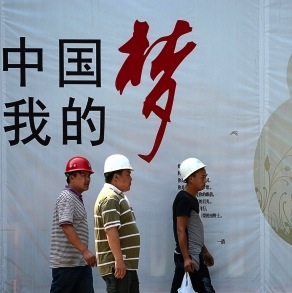 China could do with an image makeover, judging by the increasingly negative perceptions of the country revealed in a global public opinion poll

First up the good news for China: around the world people increasingly see the country as an emerging superpower, or indeed a superpower already. The bad news? They don’t much like China. Public opinion, especially in the US, towards China is at an all-time low.

That’s according to a recent survey by the Pew Research Centre, which surprised Bruce Stokes, director of the global economic programme at the Pew Research Centre’s Global Attitudes Project. “This duality – seeing China as a superpower and yet the declining favour – seems to contradict itself, but maybe not. Maybe people see it, but they don’t like it.”

The survey throws up another seeming contradiction – the Chinese are the most optimistic people in the world, confident about the economy and their future, yet when pressed they reveal a host of worries and concerns – but more of that later.

Listing the countries that like China and those that don’t sounds like schoolyard politics: the Russians, Pakistanis, Chileans, Venezuelans, Brazilians and many in Africa are all fairly well disposed towards China, while the US leads the pack of countries with an increasingly negative perception of China, a club that includes Germany, South Korea, the Philippines and Japan.

The Japan figure is especially low, with only 5 per cent having a favourable opinion.

On the face of it, economics seems to explain some of the favourable views. China buys a lot of copper from Chile, soya beans from Brazil and oil from Venezuela. But it does not explain everything. China is a big importer of German goods and yet only 28 per cent of Germans have a favourable opinion of the country.

Stokes, who was in Hong Kong recently to give a talk to the Asia Society, suggests this is because the Germans, like many in Europe where public perception of China is falling, place a high value on human rights. “We think one of the reasons that favour towards China is declining in Europe is because people believe that Chinese do not respect their own people.” 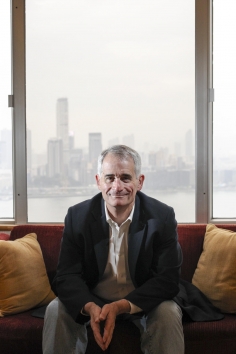 The survey interviewed 37,000 people in 39 countries from March to May this year and found a marked shift in perception of the balance of power resulting from China’s economic rise. Interestingly, four of the largest European countries – France, Germany, Spain and Britain – believe that China has already overtaken the US. Stokes attributes this to China’s economic trajectory. It’s generally thought that, having grown so far, so fast, the country will keep going in that direction.

In Asia, there’s a growing concern about China’s military power, and territorial disputes with Japan, South Korea and the Philippines are fuelling negative opinion.

Stokes is at pains to point out that public perception doesn’t necessarily equate with fact. “More and more people around the world say China is the world’s leading economic power, but we know that’s factually not true: the US economy is bigger, the per capita income in the US is bigger.”

But perception is in part reality, and there is no denying the perceived shift from the US to China. Twenty of the countries in this year’s poll also took part in 2008. Comparing figures from the two surveys reveals that the number of those that view the US as a superpower has fallen from 47 per cent to 41 per cent, while the number of those that see China as a superpower has risen from 20 per cent to 34 per cent.

An interesting anomaly in the findings was that attitudes towards China reveal a huge generation gap. Young people (18 to 29 years old) the world over have a much more positive view of China than those that are over 50. This cuts across all countries, from Turkey to the US, and accounts for big differences.

Stokes has two theories about this anomaly, neither of which can be substantiated: the first is that people under 30 have grown up in a global world and are more open and less critical of others; the second is that young people could simply be naive and will become more cynical as they get older.

“I think it’s positive at this juncture that young people are fairly favourable towards China, and they may carry some of those attitudes with them as they age. That would be a good sign,” says Stokes.

Japan saw a huge drop of 29 percentage points in how favourably it viewed China. The animosity of the Japanese towards the Chinese and the Chinese towards the Japanese is at a very high level, driven in part by the attitudes of young people. At the root of the friction is the second world war. One question asked across the region was: Do you think Japan has adequately apologised for the second world war? Overwhelmingly, the Chinese and Koreans say no, while in Japan 63 per cent of people said yes, including 18 per cent who say there is nothing to apologise for.

This has sown seeds of distrust between China and Japan. That the distrust is greatest among young people, says Stokes, suggests that it is something to do with the education system or is fuelled by the media.

“The fact that it’s the young people in China and Japan holding these emotions is really depressing,” he says. “If it was old people they will die off and the memories will fade, but it’s young people stirring the pot and this doesn’t just happen by accident. It’s stuff on the internet or being taught in schools. It could be fixed and it’s not being fixed. That’s a problem.”

As for the outstanding optimism of the Chinese, no matter how the pollsters phrased the question the Chinese come out looking confident. They believe the economy is doing well and will continue to improve, that their children will be better off than their parents and their personal situation is rosy.

Yet that optimistic outlook is held hand in hand with some very real concerns about inflation, inequality between the rich and the poor and worries about the safety of food and medicine as well as air and water pollution.

Stokes suggests these concerns are a sign of the country’s evolving middle class that is no longer willing to put up with the things that their parents put up with, but they could hint at trouble ahead. “It may simply be that people feel more at ease voicing their concerns about China – that’s a good thing, that people are more outspoken – or it could be that these problems are getting worse.”

There’s no way of knowing whether the government in Beijing pays any attention to research like this – which is freely available online at pewglobal.org It would doubtless be pleased to see the rapidly increasing global perception of China as a superpower, but what about the unfavourable public opinion, the discovery that becoming a superpower also alienates you from people?

When the centre conducted its first study in 2002 it was expecting to learn something about the impact of globalisation. Instead, the shock finding when the results were released in 2003 was the surge in anti-American sentiment, in a large part due to involvement in Iraq. The US government responded by setting up a new department focused on public diplomacy.

“It would make total sense that if the Chinese see this data – and their own surveys must show the same thing – that they would say ‘we need to fix this, we need public diplomacy,'” says Stokes.

There are a couple of obvious things China could do to boost its global image, he says, such as having fewer territorial disputes with its neighbours and improving its human rights record.

What helped the US bounce back from poor image ratings during the Bush administration, when only 30 per cent of Chinese had a positive attitude towards George W. Bush, was the election of Barack Obama.

“It shot up dramatically, and six out of 10 people had a positive attitude towards Obama. It’s been downhill ever since,” says Stokes. Time will tell whether China will be the world’s next superpower. In the 1980s the sure bet was Japan to overtake the US.

“Japan kind of imploded and the US found its mojo again,” says Stokes. “If you look at the studies that have been done by the National Intelligence Council and other people that project ahead to 2030 and 2050, they all predict that China will surpass the US. We’ll see.”