Home / Science / Dangers of plastic waste adrift in the ocean 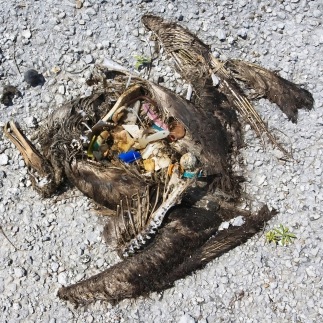 An adventurous environmentalist is raising awareness of the dangers of plastic waste, especially the garbage patches forming in ocean gyres around the world

The great “Pacific garbage patch” is a huge island of plastic debris floating in the middle of the ocean. At least, that’s what many of us have been led to believe. The truth is there is no dense mass of discarded plastic out there – but the reality is far more troubling.

By the time most plastic reaches one of the world’s five great oceanic gyres – massive current systems that flow in a circle – it has been reduced to micro particles. You could sail through one of these patches – six have been identified so far – and not even know it. But the long-term effect of all this plastic is still being evaluated.

Dr Marcus Eriksen is at the forefront of this research. Together with his wife, Anna Cummins, he founded 5 Gyres, an NGO dedicated to researching plastic pollution and raising awareness about the problem. They have trawled the surface of the world’s oceans, sifted through the debris and come up with a figure for the amount of plastic already dumped into our oceans – 1.76 million tonnes. 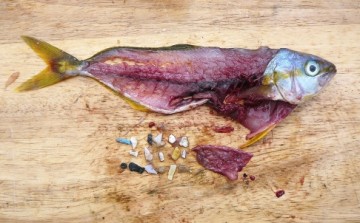 That’s a lot of plastic and most of it is not visible. As the material is carried out to sea, it degrades, the sun and waves reducing it to smaller and smaller pieces. This is not news. The first report on micro-plastic particles in the oceans was published in the 1960s, and research reports followed in the 1970s. It wasn’t until 1997 that the story caught the public’s attention.

Charles Moore, a surfer, scientific researcher and racing boat captain, was returning from a sailing race when he noticed an area in the Pacific Ocean strewn with floating plastic debris. He reported his finding, describing a massive expanse twice the size of Texas. From there, the myth of the island of plastic was created, but at least the issue was on the public radar.

“I’m not sure it would have been noticed if it hadn’t been sensationalised,” says Eriksen, who was in town last week to speak at the Plastic Free Seas Youth Conference, the first of its kind in Hong Kong.

If the plastic is breaking down in the ocean, is it really something we need to be concerned about? Eriksen’s experience with catching a fish for dinner during an ocean voyage illustrates the impact. He snared a “rainbow runner” – not the kind of fish eaten by other fish, but the sort found in fish markets and restaurants. Slitting it open, he found 17 particles of plastic in its stomach. Despite being hungry, he didn’t eat the fish and for good reason.

“Plastic is carbon-based, a petroleum product, and it has this ability to absorb persistent organic compounds like pesticides, industrial chemicals, oil drops from cars. All these things that wash into the oceans, they’ll stick to plastics. Over time, that plastic particle becomes a dingy colour as it absorbs toxins,” he says.

Whether those pollutants ingested by fish end up in our bodies has yet to be established scientifically, but we do know that we have those same chemicals in our bodies. Eriksen has analysed the umbilical cord blood of 10 newborn babies in the US and found 287 chemicals. And bringing his research closer to home, when his wife became pregnant they tested her blood serum for organic pollutants and found trace levels of PCBs [polychlorinated biphenyls], DDT [dichlorodiphenyltrichloroethane] PFCs [perfluorocarbons] and high levels of flame retardant – the same chemicals found in plastics. (Their baby was born healthy).

It’s important to keep in mind that this problem with plastics is relatively new. Our throwaway culture, using plastic to make products with little regard for what will happen to them once they’ve been used, is a phenomenon of the past 50 years. And Eriksen is keen to point out that he’s not anti-plastic, he just wants it to be reserved for products that are expected to be around for a while. “Plastic is not a bad material – I’m wearing plastic shoes, my computer is plastic, it saves lives in hospitals. If used for the right application it’s wonderful for our civilisation, but using a material that is designed to last forever for single-use, throwaway products is nonsense,” he says. 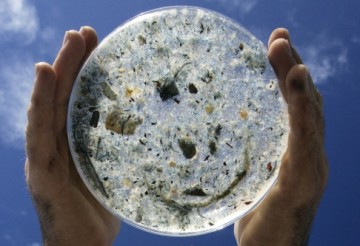 Eriksen’s life story is an interesting one. Born in Louisiana, he hung out on the banks of the Mississippi River as he was growing up and fished and caught turtles and snakes.

He was 14 when he killed his first alligator. Still in his teens, he learned to respect nature and returned most of the animals he caught to the wild. He was keen on adventure, and signed up for the army as soon as he turned 17. In 1990, aged 22, he was called to serve in the first Gulf war, but the conflict was nothing like he’d imagined. Bunkered down in a foxhole for several days, he vowed that if he survived he would sail the length of the Mississippi River on a hand-built raft. That dream kept his spirits up at a time when he was deeply disillusioned with what he’d signed up for.

“I remember being in Kuwait and ducking into an abandoned Iraqi command bunker and finding a locker of Iraqi training manuals, and at the bottom of the pile a British catalogue of war materials. Iraqis could have bought anything, from warships to submarines to the same gun I had. I got a clear understanding of the military – there was no way I was going back, it was insane, immoral,” he says.

When he returned home, Eriksen became active in the anti-war movement and earned a PhD in science education at the University of Southern California. While teaching high school science, he took students to Midway Island, near Hawaii. What he found on the beach shocked him: hundreds of dead albatross, their stomachs full of plastic debris. The discovery pushed him into action and he decided to realise his Mississippi dream.

He built a raft using 232 plastic bottles and spent five months floating down the river, camping on the riverbank at night. What he saw was an endless trail of plastic waste. At the end of the expedition, he took his raft and his story about plastic waste to various schools.

It was about this time that he learned of Charles Moore and his NGO, the Algalita Marine Research Centre. He contacted Moore, and within a week he had a job as the centre’s director of research and education. It was through that work that he met Cummins, and he proposed to her on an expedition with a makeshift ring fashioned from plastic rope.

But after six years at Algalita, he decided to set up his own centre. “Once I understood the organisation and what they were doing I could see limitations [of being focused on one patch]. I wanted to go to other gyres, so Anna and I struck out on our own. We did the North Atlantic first, the Indian Ocean, South Pacific, North Pacific, Great Lakes,” he says, adding that Moore is still a close friend and confidante.

“Closed bays, gulfs and seas act as accumulation zones as well, such as the Bay of Bengal,” he says.

With the focus of 5 Gyres on collecting data and research, he is appealing for citizen scientists and sailors to collect samples from the oceans, count the particles and extract data.

“Ideally, I’d like to have an army of citizen scientists so that I could recalibrate that model every year. We could give a big update of what the world looks like, how it is changing,” he says.

Hong Kong resident Tracey Read joined him on one of his expeditions in 2012. Soon after she returned home, there was a massive spill of plastic pellets in Discovery Bay where she lived, and Read was one of the first to act, organising a clean-up campaign.

5 Gyres also campaigns on plastic pollution issues. The most successful to date is “Beat the Micro Bead”.

Microbeads are small plastic abrasives commonly used in facial scrubs, toothpaste and other personal-care products like exfoliants. Most people don’t realise that such items contain plastic and when they’ve been used, small bits of plastic are washed down the drain and into our oceans. After a high-profile campaign, companies including Johnson & Johnson and Body Shop agreed to phase out microbeads in three to five years.

“It’s impressive to go from science to change without having to bring in legislation,” Eriksen says. “I’m sure they knew the writing was on the wall.”