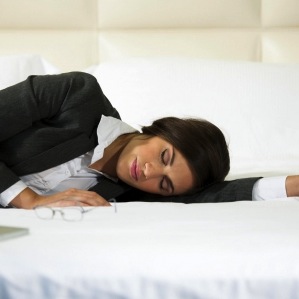 Researcher says treatment would allow air passengers to adapt to new time zones ‘far more quickly’, but cure for jet lag is still some way off

Dr Stuart Peirson found himself in the media spotlight when his research team at Oxford published a paper last month announcing the discovery of a gene that prevents us from adjusting to new time zones.

The implication is clear: a cure for jet lag is within reach.The gene slows down our ability to adapt to new time zones, Peirson said in an interview with the Sunday Morning Post.

It’s the body’s inbuilt safety mechanism to stop our internal clock from getting out of sync.

Nearly all life on earth has an internal circadian body clock. It keeps us on a 24-hour cycle, synchronising bodily functions such as eating and sleeping with daily patterns of light and dark.

In mammals the circadian clock is controlled by an area of the brain called the suprachiasmatic nuclei (SCN) that aligns all the cells in the body in the same biological rhythm. Specialised receptors in our eyes detect any changes and synchoronise our body clock with local time, but this takes time. When we move rapidly from one time zone to another, such as by taking a long-haul flight, it throws that internal mechanism into disarray.

“When you move across multiple time zones the light/dark cycles no longer match the path of your biological clock – and that’s what results in jet lag,” said Peirson, a senior research scientist who led the research team at Oxford University. “This process takes a long time to reset to the new time zone and it works out about one day for every hour the clock has shifted.” 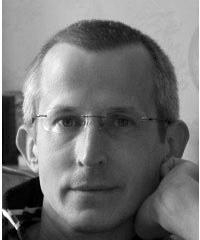 His team used mice to identify about 100 genes that are switched on in response to light. By exposing the mice to pulses of light during hours of darkness – a technique meant to mimic the effect of time zone changes – they were able to identify a gene called SIK1 that acts as a regulator for all the body’s clock genes. When SIK1 is activated, it stops the body’s clock genes from automatically shifting to adjust to changes in the light – or differences in time zone. The SIK1 gene is what stops us adapting easily and quickly to a new time zone.

Blocking this mechanism could mean an end to jet lag, and the race is on to find the compound that could effectively prevent SIK1 from switching on.

“There are some drugs already that have an effect on it, but they are often not very specific and have side effects. One of the challenges is to find a compound that will block this mechanism without causing side effects,” said Peirson.

While a cure for jet lag would be welcomed by travellers around the world, he sounds a cautionary note, warning that overriding mechanisms that have been developed over millions of years of evolution could cause problems.

Peirson said: “We were at a meeting in Munich last week and someone was pointing out the development of drugs for targeting the circadian rhythm, but just because you can do it doesn’t mean you shouldn’t stop and think about what the repercussions may be.”

It will be a few years before a “jet lag pill” is available, but what we do know is that when it comes on the market frequent fliers will be popping it well ahead of their first sleepless night.

“You would block this mechanism before you travel, and then it would help you adjust to the local time far more quickly. Depending on the compound, it will either be taken before you fly or just as you arrive and will allow you to shift to the new light/dark cycle far more quickly,” he said.

Frequent fliers know that the jet lag experienced on westward journeys – for example Hong Kong to London – is not as bad as that felt on the return journey. This is because the body finds it harder to adjust to a slightly shorter day than a longer one.

Jet lag can mean more than a few sleepless nights. For those who travel long-haul regularly it can lead to health issues ranging from stomach problems and mood fluctuations to increased risk of heart disease, diabetes and cancer. And disruption to the body’s internal clock has also been linked to mental health issues such as schizophrenia. So research in this field could lead to the development of drugs with broad therapeutic value.

The Oxford University study, published in the journal Cell on August 29 and funded by the Wellcome Trust and healthcare group Hoffman La Roche, is the latest in a long line of breakthroughs linked to the circadian rhythm over last 15 years. Peirson began his PhD in 1997, just as developments in the circadian field were taking off.

That year, the first clock genes were identified in mammals: up until then it was thought that the SCN was the master clock in the brain. And in 2000 the first photoreceptor was identified in the eye.

“It was a very exciting time to be starting out in the field, you would go to the library and every week there would be another study in Science, Nature or Cell on a clock gene or overturning what we had previously thought only a few months ago,” Peirson said.

Over the last decade the majority of his work has been on photoreceptors in the retina that regulate physiology and behaviour – a focus that came about when studies showed that mice that are blind could still set their body clocks perfectly.

We can expect more big breakthroughs, according to Peirson, with new technology that allows hundreds of compounds to be screened at once.

“Things have moved on so fast, it’s [a field that’s] constantly challenging itself rather than accepting things as dogma.”