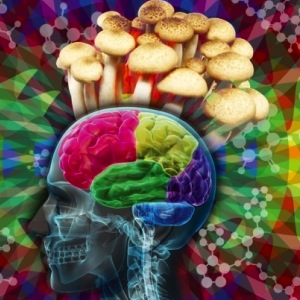 Former British government drug adviser David Nutt caused a media storm this month when he claimed international drug laws are seriously hampering scientific research into magic mushrooms and other psychoactive drugs that could be effective in treating depression and post-traumatic stress disorder.

But is there any hard science behind his claims?

The professor from the Department of Medicine at Imperial College London made headlines when he slammed the UN conventions on drugs as amounting to scientific censorship.

Another former government adviser, Leslie King, and Professor David Nichols from the University of North Carolina, backed him up and together they called for psychoactive drugs used in research to be exempt from the law.

“I think every drug that changes the brain should be subjected to scientific study to understand its therapeutic potential,” Nutt told with the South China Morning Post.

He was sacked as chairman of the Advisory Committee on the Misuse of Drugs in 2009 after criticising the decision to toughen the law on cannabis, reclassifying it as a Class B drug.

Nutt and his team were the first to use functional magnetic resonance imaging (fMRI) to examine brain activity in people who have taken psilocybin, the active ingredient in hallucinogenic mushrooms. Their findings were published last year.

“No one had ever studied the drug in Britain before, nor used brain-imaging technology. We were interested in the therapeutic potential of psilocybin, the role of the 5HT2A receptors in the brain and the psychedelic state,” Nutt said.

Much scientific research on drugs was done in the 1950s and 1960s when researchers carried out studies on about 40,000 patients and published 1,000 papers on psychedelic drug-assisted psychotherapy. But then LSD was banned in the US in 1966 and scientific research in the field was abandoned as the strict drug laws came into effect. 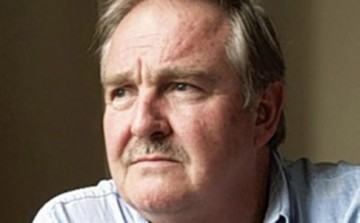 Magic mushrooms, known as psilocybe, are given the highest drug rating in Britain, “Class A”, and in the US are a “Schedule 1 drug”, defined as drugs with a high potential for abuse and with no recognised medical uses. Nutt succeeded in getting permission to do his psilocybin study only after overcoming a huge amount of paperwork and difficulty in sourcing a reliable, quality supply of the drug.

The study – which was not a clinical trial – involved 30 healthy volunteers, all of whom had experienced hallucinogens before. The volunteers had a normal MRI scan taken to look at the structure of their brain and then an fMRI scan to look at the blood flow in their brain when they received an infusion of psilocybin. The results were surprising.

“We found two amazing things. Psychedelics are thought of as mind-expanding drugs so people had assumed that they increase brain activity, but we found that psilocybin actually causes brain activity to decrease in the areas that have the densest connections with other areas,” Nutt said.

The 5HT2A receptors in this part of the brain are what anti-depressive drugs target, with the aim of improving levels of serotonin, the brain chemical that gives people a sense of happiness. Nutt and his team were able to show that psilocybin was targeting these very receptors.

“The second thing we found was that … the volunteers got a sense of well-being after and that feeling lasts sometimes for weeks and that got us into using it for depression,” Nutt said.

The volunteers described vivid dreamlike experiences, including seeing geometric patterns and the “Alice in Wonderland” sensation of being very big or very small. Some even described mystical transformations of the sort described by Buddhist monks in deep meditation, the sense of being “at one with the universe”.

Nutt is hoping to do a clinical trial of psilocybin in the next few months, but there are drawbacks, chief among them is the challenge of finding a company to provide clinical grade psilocybin.

“We want to do the trial soon, we’ve got the funding for it, but getting the clinical supplies is difficult. Now they’ve brought in a European law called the Clinical Trials Directive which is massively impeding research,” he said.

The new law hugely increases the cost of access to the drug for research – even the placebo tablets have to go through expensive, stringent checks costing thousands of pounds. But Nutt is undeterred.

He has already made plans for a study on LSD to begin in September. It was a struggle to find a suitable chemical supplier, one able to meet the stringent standard for chemical science. And as with the previous study, all the participants are all volunteers and have had prior exposure.

The psychoactive drug that has been in the news recently is MDMA, better known as the club drug ecstasy. It was developed 100 years ago by German pharmaceutical firm Merck. In the 1950s, the US military experimented with it – as well as other drugs – to try to get information from prisoners. In the 1970s, psychiatrists used it to improve communication with patients, including in marriage counselling.

Then in the 1980s MDMA began to be used as a party drug and was banned in the US in 1985. By the time it made its way to Britain with the House music scene it was already banned.

In the US, the not-for-profit group Multidisciplinary Association for Psychedelic Studies is currently testing to see whether a combination of MDMA and psychotherapy can help those with Post-Traumatic Stress Disorder (PTSD). Nutt is hoping to do a study using MDMA on British veterans with PTSD to see if it can alleviate the anxiety disorder.

The strict drug laws put off a lot of possible partners. Nutt has approached a number of brain imaging specialists and offered them the chance to collaborate, but they almost always decline.

“People are scared. It’s the illegality of drugs that puts them off. And they have to get a licence, which is quite a complicated process,” he said.