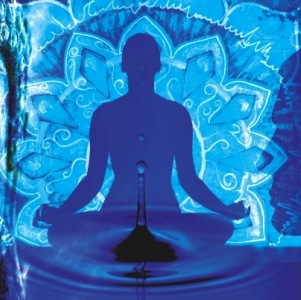 Mindfulness meditation, a form of the Buddhist practice developed in the West and now available in Hong Kong, can restructure the brain

Meditation can still a restless mind, better prepare us for the challenges life throws at us, even make us more creative. But did you know it can actually change the structure of your brain?

Professor Mark Williams, director of the Oxford Mindfulness Centre at Oxford University, is among the growing number of academics and scientists who have dedicated their careers to unlocking the potential of mindfulness meditation, a Western, non-sectarian form of meditation based on Buddhist practices.

And now, decades after the ancient art made its way to the West along the hippie trail, it is making its way back to Asia in a form well adapted to city life, and with Hong Kong as the centre for teaching in the region. 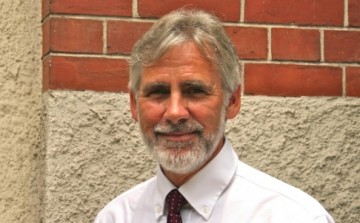 “In the 1970s, teachers came back from Burma and Thailand and started teaching mindfulness meditation – sometimes called insight meditation – in the West in retreat centres,” says Williams.

Those early American Buddhist teachers, among them Jack Kornfield and Sharon Salzberg, set up retreat centres and published books on meditation. It was on one of these retreats that Jon Kabat-Zinn, who worked with patients with chronic pain, was inspired to take the practice out of the retreat centre and the monastery and into a hospital.

In 1979 he set up a clinic in the US state of Massachusetts. Wary of putting people off by calling it a “Mindfulness Clinic”, he instead called it a Stress Reduction Clinic.

Williams credits him for bringing mindfulness meditation into the mainstream and helping popularise it.

“People came for stress reduction and relaxation to make it very neutral and open and plausible, but actually what he was teaching was mindfulness-based stress reduction.”

At the heart of Kabat-Zinn’s clinic was an eight-week programme that he devised, combining meditation and Hatha yoga to help patients deal with pain and stress by using moment-to-moment awareness.

Understanding the needs of his patients, many of whom were in such pain that they couldn’t sit in a chair for too long, he created a “lying down” meditation, from where patients were able to move on to yoga and “mindful movement” and gradually increase their ability to sit still without worrying that their mind was all over the place.

In the early 1990s, the first brain-imaging work was done. Heading the pack was Richard Davidson, a professor of psychology and psychiatry at the University of Wisconsin-Madison in the United States. He is best known for wiring up monks to electroencephalography (EEG) monitors.

By putting electrodes on the surface of the brain, he was able to look at the electrical activity going on in the brain as his subjects completed various tasks.

One of his big discoveries was the brain patterns – “neural signatures” – that happened when people were either in a positive or negative mood. Depending on the mood, there was more activity either on the right or the left side of the brain.

He was able to show that not only does everyone have this trait – either being more positive and approachable, reaching out or else negative and pushing away, escaping – but that it varied from moment to moment and was trainable.

The involvement with the monks was done with the backing of the Dalai Lama, who believed that meditation was not just for those living in monasteries, but for the wider world.

Williams says there is one major drawback with using monks.

“If you get a monk’s brain in the scanner and it’s different from a normal person, you don’t know whether it was always different, whether it would have been different before they started meditating, or whether it’s been the result of their meditation – so there’s always a problem with what’s the appropriate control condition,” he says.

Around the same time, neuroscientist Sarah Lazar found that in people who had been meditating for 10 years or more, the structure of their brain seemed to be different from those who had never meditated.

She found a thickening of the cortical area of the brain, particularly the insula, where body sensations are perceived.

In 1992, 13 years after Kabat-Zinn established his Massachusetts centre, Williams got together with two other psychologists – John Teasedale at Cambridge University and Zindel Segal at the University of Toronto.

Research had come out in the 1980s showing that depression rarely happened in isolation – if someone suffered from a bout of depression, chances were they would experience a recurrence in a year or two. The three psychologists – all cognitive therapists – were determined to find a way to prevent the recurrence of depression. And that was when they hit on mindfulness meditation.

“We went to see Jon Kabat-Zinn and asked if we could adapt his eight-week programme for work with recurrent depressed people, and he generously allowed us to use it and adapt it, moving things around, keeping the heart of the programme and leaving some things out in order to insert things that were specifically needed by depressed people,” says Williams.

It took eight years to get the funding, do the research and develop their work, and they launched their paper in 2000, followed two years later by a book explaining what they had done, Mindfulness-Based Cognitive Therapy for Depression. And in 2007 came another book, accompanied by a compact disc so that people could do the eight-week course by themselves – Mindfulness: A Practical Guide to Finding Peace in a Frantic World.

Segal and his team in Toronto used FMRI – functional magnetic resonance imaging, in effect a video of the brain as it’s working. They asked their subjects to do two types of thinking: one an analytic thinking mode and the other a more experiential mode, focusing more on the body. They did the same tests again after the group had done an eight-week mindfulness programme.

What they discovered was that after the mindfulness training, people were able to focus on the body, and the insula lit up without the brain lighting up as well, as it had done before the training.

This is Williams’ last year heading up the Oxford Mindfulness Centre. He is stepping down next year to be involved with global projects, chief among them a new centre in Hong Kong to train people who want to become mindfulness teachers. Working in collaboration with the University of Hong Kong and Chinese University, the part-time course will appeal to people working within the health system – psychologists, doctors and nurses – as well as midwives, teachers and life coaches.

“We see Hong Kong as the hub, and people can fly in for the lectures. We’ve already had been getting [queries] from the region – [the mainland], Taiwan and Singapore,” says Williams.

Judging by the number of business types who attended Williams’ packed-out lecture at the Asia Society last week, there are plenty of people in the corporate world who are ready to give meditation a go.