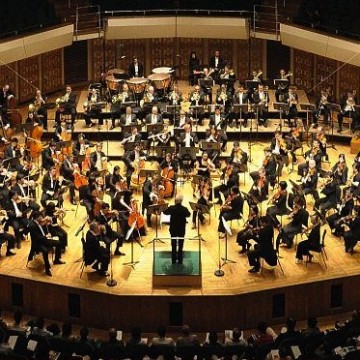 Elsewhere in the world, orchestras are often struggling to maintain interest and audiences. As the Hong Kong Philharmonic passes its 40th anniversary, morale has never been higher. Led by one of the world’s most sought-after conductors, the Hong Kong Philharmonic seems to prove that life can truly begin at 40. While orchestras around the world have been struggling, the HK Phil has been going from strength to strength.

Jaap van Zweden, who joined as music director and conductor in 2012, isn’t the only reason for this, but he’s certainly a very large part of the equation. As a man who eats, sleeps and breathes music, he demands no less from his musicians. His absolute dedication to his craft helps ensure he is much in demand.

His contract with the HK Phil – recently renewed to the end of the 2018/2019 season – commits him to 12 weeks in Hong Kong each year. When he’s not here, he is busy conducting great orchestras of the world – in Dallas, Berlin, Vienna, London, New York and Chicago. He’s been the music director of the Dallas Symphony Orchestra since 2008.

“Would you rather have a music director with no international career for 40 weeks of the year, or one who is in great demand for 12 weeks?” asks the orchestra’s chief executive, Michael MacLeod. 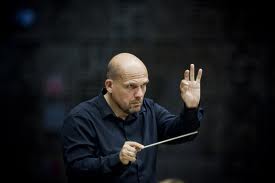 Amsterdam-born Jaap van Zweden began his conducting career in 1995. His positions have included being chief conductor of the Netherlands Symphony Orchestra, the Residentie Orchestra of The Hague and the Royal Flemish Philharmonic Orchestra. He received the Musical America Conductor of the Year Award 2012 in recognition of his work with the Dallas Symphony Orchestra and as a guest conductor at other US orchestras.

It is obvious that MacLeod, who joined the orchestra in 2011, a year before van Zweden, is quite happy with the 12 weeks. There is no doubt that they are intense weeks, and the conductor is known to demand a lot from his musicians, but they are rising to the occasion and morale is said to be at an all-time high.

YS Liu, who has been chairman of the orchestra’s board of governors since 2008, led the search in 2010 to find a replacement for the then conductor, Edo de Waart (also from the Netherlands). Beginning with more than 70 names, the long list was whittled down to 20 and Liu flew to Dallas to see van Zweden in action.

“I saw the things he said to the string players and the way he rehearsed – I was impressed,” says Liu. “And of course, there’s the fact he was the youngest ever concertmaster at the Royal Concertgebouw Orchestra in Amsterdam.”

Liu knows a thing or two about concertmasters – he is a former concertmaster (the first ever to become chairman) and violinist of the HK Phil. He also founded and was concertmaster of the British Columbia Sinfonietta in Vancouver in 1992.

Van Zweden was just 19 when he took up the Amsterdam concertmaster role. It is his talent with the violin that Liu believes is helping the HK Phil evolve into a well-rounded orchestra. He says that as de Waart was an oboe player, he helped lift the wind section, but the string section was weak.

“The string section improved tremendously – now we have an orchestra that is quite even,” says Liu. “The musicians are extremely happy and morale is high because they respect him. They know Jaap is demanding, they have to work extremely hard.”

And he respects that van Zweden doesn’t get personal with the musicians – the Dutchman has no time for politics; it’s always only about the music.

Van Zweden understands that if you are going to demand discipline and dedication, the best way to get it is to be a living example. His own father was a tough disciplinarian and he shares that tough love with the musicians he works with.

“If you ask for a certain discipline, for a preparation, a way of living even, living for your music – they need to feel, to smell, to see, that you also live that life yourself. You walk on stage with your life, the way you live,” van Zweden said in a recent interview in the South China Morning Post.

Concertmaster Jing Wang first met van Zweden in Dallas when the Guilin-born, Canadian-educated violinist was with the Dallas Opera. The Dutch conductor invited him to join the HK Phil and he took up residency last September.

Wang is the recipient of a number of prizes, including the “Young Soloist of the Year” by Les Radios Francophons Publiques in 2003. The 28-year-old’s new position with the HK Phil was announced in April. He succeeds previous concertmaster Igor Yuzefovich.

“You bring nothing less than your game; Master van Zweden demands it. He wants every rehearsal to sound like a recording,” says Wang. “It puts pressure on us, but it is always good for the orchestra. He is tough. He is all about the detail and won’t move on until we get it.”

And it certainly seems like the hard work has been paying off. Attendance figures and tickets sales are up. The HK Phil 2012/2013 season saw gross income from tickets increase by 18.5 per cent to HK$19.4 million. And there were 23 sell-out concerts – six more than the previous season.

Gary Pollard, an executive producer at RTHK, has been listening to the HK Phil since the late 1970s and believes the orchestra has really come together under the direction of de Waart and then van Zweden.

“When I first heard them, ‘school orchestra’ came to mind and certain pieces were beyond them, but we had a very conservative audience then, too,” says Pollard.

The audience in those early days wanted to hear Chopin and thought even Beethoven was “pushing it”, says Pollard. And the attitude of the orchestra itself was less than enthusiastic. He recalls speaking to a visiting conductor in the mid-1980s who told him he thought most of the players were just “time-servers”.

Greater visibility is definitely on the cards. Last December, the HK Phil toured in Taipei, and then went on to play Beijing, Shanghai, Guangzhou and Xiamen in March. Performances during its 2013/14 season received considerable critical acclaim.

A big European tour is planned in February and March next year. “It will be the first time in Europe since 2003, and they will play some of the great cities … London, Zurich, Berlin, Amsterdam and Vienna,” says MacLeod, adding that he used some old contacts to help secure the tour itinerary.

Prior to becoming chief executive of the HK Phil, his roles included being general and artistic director of 03 04 Wilson believes the success of the HK Phil lies in reaching out to as many people as possible. Last year, he helped launch the “Denim Series” which was targeted at busy city folk who enjoy the classics but didn’t want to commit several hours to a long production. “Not everyone wants to have the traditional orchestra experience where it’s quite formal,” says Wilson.

Glimmerglass Opera in central New York state, executive director of the New Haven Symphony Orchestra in Connecticut, and director of the City of London Festival. After the European tour, there are plans in the pipeline to possibly tour Japan, Korea and the US, Liu says. It’s a move he says will help raise not only the profile of the orchestra but also its standard. “Overseas tours are good for the orchestra. When you play for not your home crowd, you want to show your best and present Hong Kong well, so others are impressed,” says Liu.

Before the orchestra showcases its talent in Europe, Hongkongers will be treated to a momentous first for the city. In January, in van Zweden’s third season with the orchestra, the HK Phil will perform Das Rheingold – the first of the four operas that make up Wagner’s Der Ring des Nibelungen or “The Ring Cycle” – as an opera-concert. The remaining trio of operas will be held in the following three years.

“It’s Wagner’s most ambitious project. The music is incredible; some of the best ever composed,” says director of artistic planning Raff Wilson, who has been with the orchestra since 2010.

The works are based on ancient Scandinavian and Germanic myth, including the Nibelungenlied, or “The Song of the Nibelungs,” an epic poem. It follows the struggles of gods, heroes and mythical creatures over a magic ring that grants power over the world. “In Wagner’s adaptation, the characters’ human failings are all too familiar, making for a story open to many different interpretations,” says Wilson.

Wilson believes the success of the HK Phil lies in reaching out to as many people as possible. Last year, he helped launch the “Denim Series” which was targeted at busy city folk who enjoy the classics but didn’t want to commit several hours to a long production.

“Not everyone wants to have the traditional orchestra experience where it’s quite formal,” says Wilson. “The orchestra was informally dressed and the audience was encouraged to relax, come in jeans. We will continue the series.”

And for those who want to enjoy the HK Phil in their own time, there are two recent recordings by Hong Kong-based label Naxos. In both cases, a top Chinese composer conducts the orchestra, playing his own music. The first features Tan Dun (2012) – who wrote the symphonic work for the 1997 Hong Kong handover – and the second is with Bright Sheng (2014).

Klaus Heymann, founder of the Naxos label, has been recording the HK Phil for 30 years, but his relationship with the orchestra extends to its very beginnings. In 1973, when the orchestra was still amateur, he was invited to join its board of directors. In his new position, he drew up a fictional seasonal programme and went knocking on the doors of tycoons and taipans to lobby for funding. Within a year, the orchestra became a full-time professional group.

“The first concert was in 1974 and I’ve been following the orchestra ever since,” says Heymann. Although he’s since left the board, his hard work was rewarded in another manner because it was during his time at the HK Phil that he met his future wife, Japanese violinist Takako Nishizaki, who came to play as a soloist with the HK Phil. And it was Nishizaki who inspired him to set up the record label, which enabled him to record her music.

“We started recording the Hong Kong Phil in 1984. It’s a much better orchestra today than it was back then,” says Heymann. “And now that they have Jaap until 2019, it will definitely go places. He’s an interesting musician – he makes old favourites sound fresh, which is rare.”

While in other parts of the world, orchestras are struggling – not least because of ageing audiences and falling attendance – in Hong Kong, interest is still strong.

“In America, the audience is literally dying off. If I’m sitting in a concert I’d rather be disturbed by a six- year-old kicking the back of my seat than a 78-year-old whose hearing aid is buzzing,” says MacLeod.

And while the HK Phil isn’t in the red, MacLeod says he would like to see more money coming in. He’s still seeking a title sponsor to be associated with “The Ring Cycle” that will begin in January 2015. But he has no doubt that Asia is where it’s at for Western classical music in the future, and sees the HK Phil further evolving to fulfill a growing appetite.

“Some people might think that after a 40th anniversary year there might be a quiet year immediately after, but far from it. We continue to move forward,” says MacLeod.

Tagged with: Hong Kong The Peak