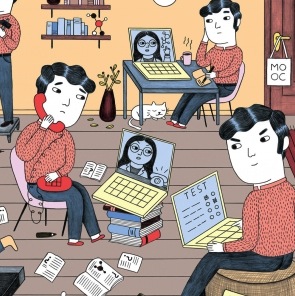 As the trend for massive open online courses gathers pace, universities from Britain and around the region are looking at ways to stamp their educational brand on the world

Until a couple of years ago, few people had heard of them. Now massive open online courses – better known as MOOCs – seem to be everywhere, offering free access to high-quality content from the world’s most prestigious universities.

It’s a phenomenon that is changing our understanding of how knowledge can be distributed, and it could shake up the role of universities.

What began as a US trend has gone global, and it seems every university worth its salt has a MOOC, or is setting one up fast. Not to be left out, Hong Kong’s top universities are also offering MOOCs. And last month, Simon Nelson, CEO of Britain’s largest MOOC platform FutureLearn, toured Asia in a bid to try to partner up with universities in the region.

But not all MOOCs are born equal, and although all the courses must be open to anyone anywhere in the world, with no limit to the number of students – that’s the massive and open part – some are more effectively structured than others.

Nelson had never heard of MOOCs until 16 months ago when Martin Bean, the vice-chancellor of Britain’s Open University (OU), approached him to run FutureLearn. A BBC executive at the time, Nelson was head of multiplatform services and led the creation of the BBC iPlayer. Bean wanted him to apply that digital savvy to create a MOOC platform.

“This feels like a progression for me because education is one of the last great frontiers ready to be disrupted by digital. I want to help some of the leading education brands take advantage of that, rather then feel threatened by it,” Nelson says.

FutureLearn, which launched last September, has moved quickly. It already offers courses from 23 of Britain’s top 30 universities as well as universities in Ireland, Australia and New Zealand, and has more than 270,000 registered students in more than 190 countries.

“My instructions from day one were to operate like a start-up and make our own independent technology and product development. My objective is also to make this a sustainable company, to generate revenue and make the company profitable in the appropriate amount of time,” says Nelson.

He won’t be drawn on just how long he expects it to be before FutureLearn is profitable, but making money isn’t the primary concern for MOOCs.

These courses can offer universities something more valuable than cash – they can improve brand awareness and status, although turning a profit would certainly be appreciated. This is the major difference between the buzz about MOOCs and the excitement over dotcoms 14 years ago.

MOOCs aren’t expected to generate huge revenue quickly, so the equivalent of the dotcom crash of 2001 isn’t on the cards. But that’s not to say there aren’t changes afoot. 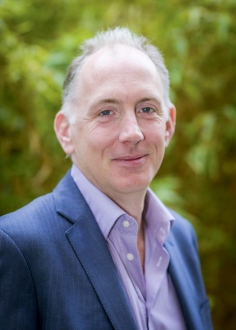 What sets FutureLearn apart from the US providers, says Nelson, is its sophistication. The platform gives a clean, simple, enjoyable user experience with multi-web tools and the ability to use it on smartphones and tablets as well as desktop computers. But the factor that he believes will boost learning is the emphasis on social interaction. By taking features of social media and threading them through the platform, social activity becomes a core part of the learning experience.

Not only do students have their own profile page where people can write comments, there is an activity feed, along with other functions that Facebook and LinkedIn users will be familiar with.

“The OU’s educational technologists have been working with in the theory about how people work in a social environment. It is described as a social constructivist form of learning, as opposed to the more instructive approach which is generally taken by American companies,” says Nelson.

His tour of Asia in April took in Singapore, South Korea and China. While Nelson is reluctant to reveal names, he says he visited six of the top 10 Chinese universities and received an “enthusiastic response”.

“I think this is exactly the right time to be having these conversations with Chinese universities; everyone is thinking about this, and many are already developing courses,” says Nelson.

Hong Kong University of Science and Technology has been heading the pack in the region. When it launched its first MOOCs on the US-based Coursera platform in the summer of 2012, it became the first in China to join the movement, and one of the first in Asia.

But Professor Pong Ting-chuen, chairman of its taskforce on e-learning, is concerned the university might lose its advantage if it doesn’t develop its own platform. “It is important for Hong Kong to keep up in terms of putting out our own platform. If we don’t do anything, then we will fall behind, because the mainland, Taiwan, Korea and Singapore are very active in MOOCs,” Pong says.

One of the first courses HKUST offered was on the Science of Gastronomy, a six-week programme taught in English with an online exam in the seventh week. It attracted more than 80,000 students, 10 per cent of whom completed the course.

With no cost involved and no formal accreditation to keep students committed, the MOOCs’ dropout rates are high.

“The typical completion rates for MOOCs are 10 per cent or less. We were pleased with the results and are offering the gastronomy course again, but this time we are trying something new,” Pong says.

Among the 20,000 students enrolled in the second offering of the gastronomy course are 60 full-time HKUST students. They will do the course online and then come on campus to complete the programme with face-to-face tutorials for which they will earn a credit.

Pong is excited about the opportunity to see whether students learn more when they have the chance to assimilate the information at home – watching online videos and taking online quizzes – and then come to class prepared to ask questions. Perhaps this will add more value to their time with the instructor, he says.

“This is an experiment, so we are just limiting it to HKUST students. We hope to expand it to students outside in future,” says Pong.

Iain Doherty, director of Hong Kong University’s eLearning Pedagogical Support Unit, is responsible for MOOC development at the university. He is excited about the opportunities such courses offer, such as observing how students learn online.

“What do you have to do in a course to engage students and keep them motivated? What is the behaviour of successful students? Do they watch all the videos? How long do they spend reading? How long in the discussion forums? MOOCs provide lot of data, so have the potential for finding out about online behaviour,” he says.

He heads a team developing HKU’s first MOOCs, two of which will be launched in September and another two next year, on the edX platform.

Rather than moving forward and creating new and more innovative online courses, he fears MOOCs are getting stuck in a staid format that is constrained by time and costs.

He says that since the Ivy League universities launched their platforms, the online space has stepped backwards.

“The American model is to put it up, transmit it to students and have them do discussions.”

Doherty wants to see self-organising groups and more innovation, and hopes that MOOCs will make universities sit up and rethink their roles.

“I really hope it disrupts traditional universities to the point where they have to seriously think about whether they are guardians of knowledge, and what their real value is. That would be exciting for me,” he says.

MOOCs could also call into question the value of lesser-known universities. Doherty points to the high number of “middle and lower tier and second-rate universities” in the US where students are paying considerable fees to attend.

If students can take a MOOC for US$100 and get a qualification that an employer values, he says, those colleges could be in serious trouble.

But it’s a point made by the American teacher and consultant Clay Shirky that sits most comfortably with him. Shirky suggested that MOOCs are doing for education what Napster did for music.

It’s early days and the platforms and courses are still evolving. While they will most likely look quite different 10 or 20 years from now, it seems the rather awkwardly named MOOCs are here to stay.

Nelson and his team aren’t big fans of the term MOOC. They considered a number of alternatives, including Collaborative Open Online Learning (“which we thought might be more reflective of our brand”), and Free Online Courses (“but that acronym isn’t particularly attractive, so we stayed well clear of it”). After much debate, they decided to use MOOC.

“[MOOC] feels a bit niche and geeky. But there is no doubt we wouldn’t have been able to grow as fast as we have, and get the profile we have [without it]. The term MOOC has certainly captured the imagination of a whole range of industry players and media,” says Nelson.

“It may be something we are all stuck with.”