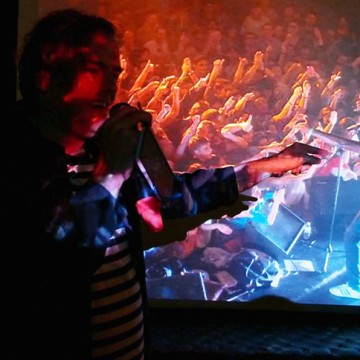 Networking cuts to the chase with PechaKucha Nights, a quick and fun way to create social connections in an informal setting

Four hundreds seconds – that’s all you get to impress a roomful of strangers with your idea. Twenty images can be displayed to help get the message across, but after that your time’s up. Welcome to PechaKucha Nights, a snappy and informal way of networking in the digital age.

Started in Tokyo in 2003 as a forum for young designers to network and showcase their work, PechaKucha Nights have now gone global – 542 cities host these non-profit events, organised locally by volunteers. PechaKucha is the Japanese term for the sound of “chit chat” and the format is based on a simple idea: 20 images x 20 seconds. This means each speaker has those precious 400 seconds to put forward their idea, a structure that keeps the evening moving at a brisk pace.

PechaKucha in Hong Kong began in 2008 and since January has been organised by Sonia Chow of Hong Kong-based design company ChowPourianLab. “This is real old-fashioned face-to-face networking and it’s in your town,” says Chow, who was living in Japan when the nights first started in Tokyo. “The architects who set up the first one had a partnership in a bar called SuperDeluxe, so that’s where the nights were held.

They had a lot of big-name architects speaking next to students. It was a mixed crowd, a huge ball of energy.” The floor is open to anyone who has an idea that they are passionate about. Speakers must submit their slides beforehand to ensure they meet the 20-slide format, but after that anything goes. Chow is keen for the Hong Kong nights to get back to the original spirit of the eve- nings where attendees can expect a mixed bag of diverse presentations from established professionals as well as emerging talents.

Unlike TED presentations, PechaKucha is a grassroots affair working from the bottom up. TED is also less structured with an open format where speakers talk for up to 18 minutes.

Photographer Jo Farrell likes the 20 x 20 format because it keeps things moving, encourages artists to gather their ideas and prevents them from being too verbose. “Life as an artist can be very insular, so getting feedback is extremely important,” says Farrell. “And in a forum like this you are showing your work to people outside your friendship group, so you’re getting a fresh perspective. It’s a great way to meet people and get inspired.”

Architect Caroline Wüthrich has lived in Hong Kong for two years and is a regular at the events, preferring them to other professional networking events in the city. “In Hong Kong most networking events are very business-oriented, but PechaKucha is great because it’s a mix between the cultural and the social. And there’s a lot of variety in the topics that are presented,” she says.

The informal nature of the evenings is also the big drawcard for Liz Briers, who heads the arts-and-health consultancy Lizzie Bee. “PechaKucha stands out because it’s very laid-back and that makes it more accessible – it’s so easy for people to meet and talk,” she says. 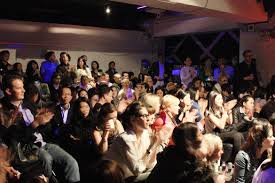 The format doesn’t allow time for Q&A sessions; once a speaker has exhausted their 400 seconds they’re off the stage. If someone wants to find out more about their work they must approach them – and chit chat.

“There’s a lot of name-card swapping going on – it’s terrific for networking,” says James Gannaban who pre- sented at a PechaKucha Night in April. “This is the only event of its kind in Hong Kong.”

The evenings are being credited with bringing a lot of creative people out of the woodwork and giving them a platform to share their ideas. “PechaKucha attracts a lot of people who are ahead of the curve – writers and artists, people who dictate new trends,” says Gannaban.

The events in Hong Kong attract a few hundred people, mostly artists, architects and designers, but the spread in terms of seniority and experience is vast. Students and those starting their careers sit alongside professionals with decades of experience and it’s this broad mix that gives evenings a real buzz. “What is really great is that it’s not only for people of a certain level of success,” says Wüthrich. “It really is for everyone. We met many people who we wouldn’t have met otherwise and got great feedback.”