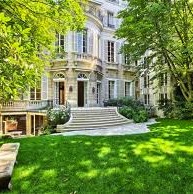 Paris remains the City of Light – and the ultimate place to have a pied-à-terre. The opportunities to own a fantastic flat, perhaps built on the ruins of a castleor once used by a great artist, have never been better.

Now is the time to buy property in Paris – if you have a few million euros to spare. An apartment in the centre of the City of Light carries a certain cachet. For buyers, the attraction to this prestigious location is not only the sense of history and romance, but the knowledge that there will be no more developments here – unthinkable in most of Asia. “Paris is and will remain a scarcity market, as they don’t build anymore in the centre of Paris and never will in the future,” says Marie-Hélène Lundgreen, director at Daniel Féau’s international department Belles Demeures.

What’s more, the time is ripe for investment. The cost of high-end properties – those priced over €2 million (HK$17.57 million) – has fallen 10 per cent over the past two years, in large part due to a lacklustre market that saw a fall in transactions in 2012 and 2013, and only picked up in the last quarter of 2014.

“Beyond €2 million, sale volumes remain sluggish and vendors are increasingly under pressure to concede on price to achieve a sale. As the euro faces mounting pressure, we foresee greater opportunity from dollar- denominated nations looking to capitalise on the dollar’s strength and, of course, historically low eurozone borrowing rates,” says Mark Harvey, head of French Residential at Knight Frank. 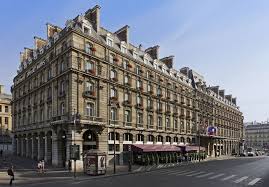 For the overseas buyer, Paris is attractive in that all apartments are condominiums and free leasehold, says Lundgreen. Another consideration is that maintenance charges and land taxes are relatively low compared with other international cities.

Harvey warns that rental yields in Paris are often low and the law is stacked in favour of the tenant. But if you owned a fabulous home in the 7th arrondissement, would you want anyone to live in it but yourself ?

Take the exceptional mansion on Boulevard Saint-Germain that is on the books of Christie’s International Real Estate. The 6,460-square-foot home was completely renovated last year and is on the market for offers in excess of €25 million. The entrance hall with five-metre high ceilings leads into a large living room with a Versailles parquet floor rotunda and 18th-century wood panelling. This is a home designed for decadent living – the bathroom of the master bedroom is marble and overlooks the garden, and there’s an indoor swimming pool, a sauna, a fitness room and open fireplaces.

The auction house Sotheby’s has represented the works of Parisian artist Jean Dubuffet with a sale of pieces by the father of art brut in May and June 2014. So it’s fitting that its property arm, Sotheby’s International Realty, is managing the sale of the artist’s home. The 3,230-square-foot, three-storey workshop house was built in 1928 for the Polish artist Mela Muter and later became the home of Dubuffet. The kitchen, dining and living areas are on the ground floor, above are two large bedrooms and bathrooms, and on the top floor are more bedrooms and a large space that served as Dubuffet’s studio until his death in 1985. It’s on the market for €5.3 million. The large patio is a standout feature, made even more special with the knowledge that Dubuffet must have sat there in the dappled sunlight, enjoying one of his favoured Gauloises cigarettes as he searched for inspiration.

Set back from the River Seine and surrounded by some of the city’s leading museums – think the Musée Rodin, the Musée d’Histoire Contemporaine and the Musée d’Orsay – is 140 Rue de Grenelle in the 7th arrondissement. This is a development steeped in three centuries of history. Ten years in the making, this residential project is on the site of the historic Hotel de Noirmoutier and comprises a series of apartments, maisonettes and townhouses.

The most coveted home is the Grande Residence, located at the end of a cobblestone street with a private entrance and underground garage. But equally appealing are smaller pied-à-terre residences. Each of these Maison d’Artistes, as they are known, has a double-height living room with spectacular glass and steel windows and a dining alcove. The guest bedroom-turned- study overlooks the living area; above it on the third floor is the master bedroom and bathroom. The apartments range in price from €4.45 million to €23 million for the Grande Residence.

When searching for a Parisian home, particularly one that will serve as a good investment, Harvey stresses the importance of architecture. “Focus on Haussmannian or pre-Haussmann buildings that capture the architectural heritage and integrity of Paris. Such buildings are greatly prized among the international clientele who seek original features and high ceilings. Avoiding lower floors is important, as generally ground and first floors are considered inferior to second floors and above, which will command a premium,” says Harvey.

With that in mind, you can’t beat Quai d’Orsay, a rare 8,600-square-foot duplex in the 7th arrondissement on the banks of the Seine. Built on the remains of a 17th-century castle, the apartment is located on the fourth and fifth floors, and the private terrace

looks across the river to the Grand Palais Museum – that’s some vista. The 15-room home is certain to charm, particularly the vestiges of the castle, such as the fireplaces, woodwork and parquets. What’s more, there are splendid azulejos – ceramic tile work – left over from a previous Brazilian owner and an impressive 1970s-design library. It’s on the market through CBRE for €42.5 million.

It’s no surprise that these properties are within the same few square miles of each other – a coveted area of Paris that’s close to the Seine as well as many of the city’s best museums and art galleries, and has been desirable for centuries.

“The most prestigious neighbourhoods remain the 6th arrondissement around Saint- Germain, the 7th around Invalides, the 8th’s golden triangle of Avenue Montaigne, Avenue des Champs Élysées and Avenue George V, and parts of the 16th,” says Harvey.

And with that in mind, consider the splendour of a 4,000-square-foot apartment in one of the Hôtel des Maréchaux in Place de l’Étoile. It’s built in the sought-after Haussmann style. The standout feature of this five- bedroom home (price on request only via Sotheby’s) isn’t the hardwood floor, the high ceilings or the fireplace, but the view – you look right out onto the Arc de Triomphe. This isn’t a matter of being able to catch sight of one of the city’s most famous landmarks in the distance, but having the

Arc de Triomphe literally on your doorstep. And to complement that magical Parisian view, you can also see the Eiffel Tower.

A little further west, in the16th arrondissement, in the neighbourhood where the great modernist architects Le Corbusier and Robert Mallet-Stevens built some of their masterpieces, is a standout building by architect Stefania Stera. Villa Lecetre has a sleek profile and a curved façade with plenty of glass, and is set in a peaceful walled garden. It’s a striking, contemporary home, but not so cool that it isn’t comfortable. And that’s not just down to the underfloor heating.

Space isn’t an issue here; there’s 10,760 square feet of living space and another 4,300 square feet for the pool, spa and functional room, plus a 2,260-square-foot orangery (think greenhouse). All this for €35 million. This is a home cut out for entertaining. The large dining room and lounge open out onto the garden and the pond. And when guests go upstairs, they’ll be treated to a panoramic view from the terrace that takes in the Eiffel Tower – what’s not to like?