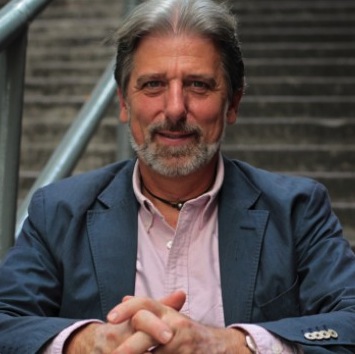 The Southern District councilllor and co-founder of Hong Kong’s Civic Party tells Kate Whitehead about his activist childhood, arriving in the city in 1984 and June 4’s significance for him

RURAL DEVELOPMENT I was born in Rotterdam. When I was young we moved to Woerden, a small village in the heart of Holland. I’ve got a younger sister and three younger brothers. I wasn’t born the eldest – I became the eldest. I had an elder sister who passed away when she was two; meningitis. Woerden was a good place to grow up; there were fields and farmland and everything was (accessible by) bicycle. We cycled to school and were incredibly mobile. It was so easy to go anywhere you wanted, any time. But by the time you get to age 16 in a small village in Holland it gets pretty boring.

SCHOOL POLITICS My high school was fairly behind the democratisation movement that was running through Holland. I got involved in an underground newspaper and by the time I was 15 was writing articles for the student council. The headmaster, however, hadn’t moved on and young teachers were on short-term assignments that were not renewed if they weren’t supportive of his policies. They were the most popular teachers with the students. When (their contracts weren’t renewed) in my last year, we barricaded the school and closed it down for a week. Education officials came down from The Hague, the headmaster was put on sick leave and then replaced, and the whole school was modernised. I went to study economics in Rotterdam and I got into politics with the democrats. My studies slowed down, however, because my dad pulled me into his business. He imported textiles from China and Asia. 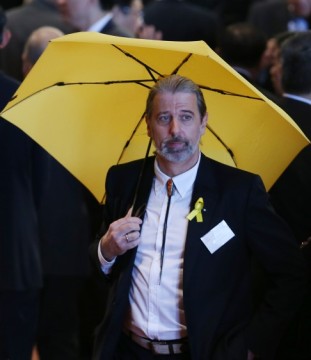 FIGHT OR FLIGHT? At that time in Holland, the first two sons of every family had to do military service. My friends told me it was two months of training in Germany and 14 months of drinking beer in Holland. A waste of time. But if I had a job outside Nato member nations, I wouldn’t need to do the draft. I got a three-month traineeship with a Dutch bank in Hong Kong and arrived here in 1984. I was excited to see another part of the world. In the daytime, I would work and then in the evening I would go home, put on my shorts and walk the streets. I walked everywhere, ate everything, it was a great way of getting to know the city. But I didn’t like banking and it didn’t like me.

ALONG CAME JACK In 1987 I set up my own business doing production work, brochures and literature. I started it in my bedroom and it grew into a graphic design firm. I sold my company in 1997 to the people that were organising the Hong Kong handover ceremony. They had 120 staff in town, for one project, one date. After that they had nothing left for them here, so they were looking for acquisitions. They liked my client list. Their event capacity and my design studio we combined into a communications firm, which later became Jack Morton. I left that in 2001 and wasn’t sure what to do. I had money in the bank and no job – I could have left Hong Kong. I looked at Holland and realised it was really boring. I looked at Australia and decided that it was beautiful, but boring. And Shanghai is a fun city if you’re single, but it isn’t a great place for kids; I had married a Chinese lady and we had had two sons, who were born in 1993 and 1995.

NO PLACE LIKE HOME Hong Kong is an amazing place for kids to grow up – in 10 minutes you can be in the mountains or the sea. I made the decision that Hong Kong was home. No more expat, question mark. When I decided I wanted to run in the Legco elections, I gave up my Dutch passport. My mother thought I was an idiot. My elder son was fine; he was already 19, so he didn’t lose his passport. My second son lost his Dutch passport, so he wasn’t too happy – he is a massive supporter of Dutch soccer. Afterwards I realised he was a bit peeved because his nationality is a bit in doubt – your father is Dutch, your mother is Chinese, you were born in Hong Kong, you are studying in England, who are you? I love it when people ask, “Where are you from?” I say, “Hong Kong.” And if they say, “What is your nationality?” I say, “Chinese,” and then they look at me like, “Yeah?”

CIVIC DUTY [In the early 2000s] I worked on an idea with Po Chung (the cofounder of DHL Asia Pacific); we wanted to do a project that was good for Hong Kong under the creative initiative banner. In the end, the project became Designing Hong Kong Harbour District (which encourages the government, business and civic sectors to work towards sustainable planning). In 2004, the government responded to our project by setting up the Harbourfront Enhancement Committee. As it evolved it became political very quickly. In 2006, Audrey Eu Yuet-mee, Albert Lai Kwong-tak and Ronny Tong Ka-wah asked if I would join them in setting up the Civic Party; I became a founding member. From there it was the District Council elections. I live in Clear Water Bay so wanted to try for that area but was told the villagers always win. I ran in Wan Chai because I’d done all the urban renewal stuff there – and lost on a small percentage. When the guy resigned in Pok Fu Lam, I became district councillor there. Trying to make Hong Kong a better place is a constant frustration. You’ve got a bureaucracy that’s stuck in the mud and a political system where debate is restricted to just a few issues. It doesn’t go far.

A DATE TO REMEMBER I got divorced and then remarried three years ago. With my second wife I have a daughter who is five. She was born on June 4 – it wasn’t planned, we didn’t book it. She’s half Chinese and she’s a Hongkonger. I think she will grow up to be a feisty lady and maybe one day she will realise the significance of the date of her birth.