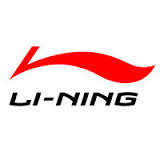 HONG KONG — Chinese sportswear giant Li-Ning on Thursday reported a narrower first-half loss and said it is aiming to return to profitability by the end of the year, marking a reversal of fortunes following three consecutive years of losses.

“We have a good cash position. We will put it towards expansion, not paying out a dividend,” chief financial officer Terence Tsang Wah-Fung said at a press conference.

Li-Ning’s recent focus on expansion saw an increase in the number of points of sale in the first half of the year, the first time since 2011. More than 42 percent of the new points of sale were in southern China, a region that, until now, has seen low market penetration.

“We will continue expanding the penetration in the south in the second half. Our team is very confident that we will make a profit this year,” said executive chairman Li-Ning, the former gymnast who founded the company.

Li-Ning is one of the best-known brands on the mainland, but has struggled to shake off an image as a producer of cheap sports shoes and has faced well-publicized difficulties over the last few years. That could be about to change. It reported that same-store sales in the retail sector achieved high-teens growth. And it is optimistic that e-commerce will be a boon for its recovery. E-commerce revenue increased six percent in the first half of this year and the group expects that it will account for more than 20 percent in the next three to five years. It also said trade fair orders for delivery in the first quarter of 2016 grew at a mid-teens percentage rate compared to the same period last year.

In March, the company announced that Li was returning to manage its turnaround drive following three straight years of losses. He said the search was still on for a suitable ceo and made clear he was happy taking charge for now.

“Right now I’m leading the team to rebuild the company. We are not the same as we were five years ago. Our athletic genes are playing a big role now and because of this gene we are still one of the leaders,” said Li, displaying the fighting spirit that characterizes an Olympic gold medalist.

His talk of “athletic genes” echoed the sentiment behind the decision to drop the slogan “Make the Change” in favor of the original one, “Anything is Possible”, which was reinstated at the company’s celebrations to mark its 25th anniversary earlier this year.

“It’s in an athlete’s DNA to stimulate your imagination and pursue a higher dream. As an athlete I had this experience. Anything is possible if you dare to dream. Li-Ning Company is based on this DNA,” said Li.

Tsang said the recent depreciation of the yuan would not impact the brand because most of its activity is within the mainland. And commenting on the recent slowdown of the Chinese economy, Li said he didn’t think it would be bad for business.

“When the economy is strong it’s not necessarily good for this market because people are too busy making money. When the economy is not so good people may have more time for running,” said Li, adding that the recent announcement of the 2022 Winter Olympics in Beijing would increase the popularity of winter sports on the mainland.