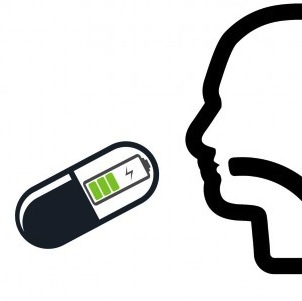 Imagine a “smart pill” that has the power to identify where and when a drug should be released in the body. It sounds like the stuff of science fiction, but a professor at Carnegie Mellon University says we are almost there. He expects the devices to be tested on patients in the next five to 10 years.

In Trends in Biotechnology, the monthly review journal of applied biosciences, Christopher Bettinger presents his vision: the smart pills will be embedded with edible electronic sensors that could be powered by charged ions found in the gut. The only thing holding Bettinger back is the lack of electronic materials that are non-toxic within the body.

When Bettinger and his team began working on the project five years ago, they were proposing implantable, biodegradable devices, but their grant applications kept being rejected and the feedback was always the same: How will you implant it? How will you power it? The big drawback of injectable and implantable devices is that the body is very good at recognising something as a “foreign body” and secreting it quickly.

“We thought, how about we turn that challenge into an opportunity and instead of making it implantable we make it ingestible. And we’ll solve the battery problem by designing a new material for the battery,” says Bettinger, a professor in materials science and engineering.

The beauty of ingesting rather than implanting the device is that the body is designed to tolerate all sorts of things – just think of the things children swallow, and survive.

“The breakfast you had is made of materials that weren’t probably FDA approved, but you are walking around just fine. Whereas you take those same materials and implant them, you may have a very different response.

“Ingestible devices have a lot more latitude in terms of the flexibility of materials and that allows us to innovate new battery materials, new sensing modalities and new structures for edible electronics more broadly,” says Bettinger.

Edible electronic medical services are set to be the next big thing in health care, but the idea has been around for decades.

In the 1970s, doctors began asking people to swallow consumable electronic devices that could do things like measure core temperature. 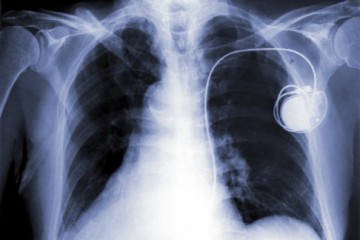 Pacemakers are now commonplace and ingestible cameras are routinely used in gastrointestinal surgery. Earlier this year the FDA approved a new ingestible product that monitors how people with mental health issues take their medicine.

“We are not the only ones thinking about this, but we take a different philosophy,” says Bettinger.

“We don’t use off-the-shelf materials and things you might find in an electronics store, we design new materials for the worst-case scenario – what if they do get stuck in the GI tract? What is the retention profile?”

He says there is a 1-2 per cent chance of an ingestible getting stuck in the body. If it’s a daily pill, then the risk of retention increases considerably.

Ingestible cameras and the like are enclosed in a polycarbonate shell that makes them impermeable to water.

If one of these gets caught in the body, the medical professionals hope that it passes through the body and if it doesn’t they perform surgery to extract it – a painful, risky and costly process.

“It’s like degradable strictures. The idea of temporary, transient devices has been around 50 years. This is a more sophisticated take on strictures, we’re thinking of biodegradable batteries,” says Bettinger.

One of the first challenges for Bettinger was how to power this “smart pill”.

“Nature has a lot of interesting materials with their own physical and chemical properties, and we were actually inspired by squid ink – the material the squid injects into the ocean to disguise itself from potential predators. This pigment the squid uses is melanin – it’s the same pigment that’s in our eyes and hair and skin,” he says.

How did he stumble across squid ink? That was one of those fortunate coincidences that scientists can’t predict, but are often at the heart of big discoveries. Four years earlier he spent time trying to turn squid ink – a semi-conducting material – into a transistor, but without success.

“Because of my serendipitous familiarity with this material, years later in this new context I thought, ‘Hey, this has some interesting properties that make it not so good as a transistor but it could be good for an electrode material for some of these ingestible batteries’.

“So really it’s just familiarity in a long arc to that discovery,” says Bettinger.

So the search is on for electronic materials such as batteries and circuits that could be created from substances that won’t harm the body.

The current focus of Bettinger and his team – which includes Jay Whitacre a battery expert and professor of materials science and engineering and Venkat Viswanathan, an assistant professor specialising in computational materials science – is to create a sustainable battery from minerals that are already found in our bodies or pigments from the skin or eye.

He and his team are even questioning whether batteries are even necessary because there are some electronics which use the body’s natural electrolytes to charge the device and they can disintegrate within three months.

One of the big advantages of edible electronics over implants is that they can perform sensing functions, deliver drugs and even stimulate tissue inside the intestinal tract.

And the beauty of this method of delivery – simply swallowing a pill – means that a skilled health care professional isn’t required and the devices don’t need to be sterilised.

This would make them ideal for use in challenging circumstances, such as war zones or remote locations.

“They could be very useful for administering oral vaccines, especially against terrible diseases in third world countries. And they could be important for conditions such as diabetes and obesity,” he says.

If all this sounds like the preserve of the rich, think again.

One of the main reasons medications cost so much is because only a small amount of the pill actually reaches the site it is needed in the body, says Bettinger.

He believes that if an electronic pill can make better use of expensive medications, then the amount needed for each patient can be reduced.

“If we can engineer devices that get the most mileage out of existing drugs, then it is a very attractive value proposition,” says Bettinger.

“One pill could replace numerous drugs needed to cure a complex disease.”

“You have an initial product suitable for early adopters. That could make devices more affordable, advance the manufacturing and make it more effective.”

The National Science Foundation and local foundations funded the basic science for the project and Bettinger is now looking for partners and already negotiating with some interested parties and pharmaceutical firms.