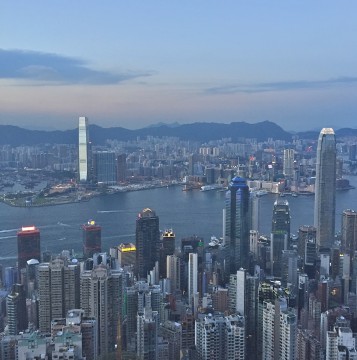 Local employees work the most overtime in Asia, says survey

Employees in Hong Kong work the most overtime in Asia, with 31 percent putting in a full extra day or more each week, according to new research.

“After a weekend break, when everyone – customers, clients, vendors, suppliers, government officers – returns to the office, there is plenty of work waiting for them. People tend to do what they can to catch up and clear the work that’s piled up over the weekend,” says Professor Randy Chiu, director of the Centre for Human Resources at Hong Kong Baptist University.

Professor Chiu’s own research, which surveyed 1,600 professionals in Hong Kong, found that overtime is common and that more than 60 per cent of people didn’t receive financial compensation for the additional hours worked.

“About half of them get compensated with days off instead, and only one in 10 gets ‘time and a half’ pay as overtime remuneration,” says Professor Chiu.

The Regus research finds Hong Kong by far the most hard-working market in Asia, with 14 per cent of local employees putting in 15 hours or more overtime a week. It also found 70 percent of Hong Kongers work at least four hours of overtime a week compared to less than half in China and 61 per cent in Singapore.

“While the commitment of workers is admirable, it is worrying that a small proportion of Hong Kong professionals are working the equivalent of a seven-day week,” says John Wright, CEO of Regus Asia Pacific.

He sees Hong Kong’s competitive market and working culture as important factors. While some employees are motivated by the chance to support the company and progress their own career, there are others who are influenced by the perception that being seen to stay late in the office matters.

Simon Pritchard, global research director at Gavekal Research, has spent much of his 25-year career working in Hong Kong. He describes it as a fast-paced service economy that involves trading over concentrated time frames.

“Hong Kong has a fairly late work culture and there is an expectation that you will get a response from a supplier or service provider deep into the evening. So there is definitely a tendency for office workers to cruise somewhat during the day and take long lunches as they know they will be working late,” says Pritchard.

But he’s quick to stress that in terms of labour productivity, Hong Kong scores well, especially compared to other cities in the region.

While overtime is less prevalent in emerging markets such as China and India, it does show an upward trend. In China, almost a third of workers put in two to four hours extra a week and just under a quarter do in India.

If long working hours can’t be avoided, Wright suggests that employers consider offering flexible work spaces close to employees’ homes to cut down on commuting and make more efficient use of their time.

“If punitively long hours are combined with gruelling commutes, workers could be facing burnout all too soon,” says Wright.

Professor Chiu agrees: “Too much work without proper rest damages physical and psychological health. Though overtime is common in Hong Kong, it damages the work-life balance of most people and creates family-work conflicts.”

It is unlikely that the trend to put in overtime in Hong Kong will change any time soon. Hong Kong workers seem hard-wired to accept long hours and many of those who adopt the city as their second home soon come to accept the practice.

“It’s certainly not good for work-life balance, but nobody comes to Hong Kong for an easy life!” says Pritchard.