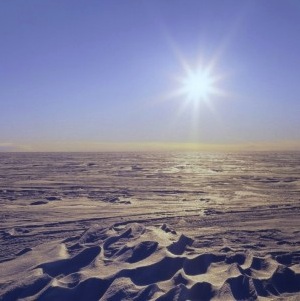 Living at latitudes where six months of day is followed by six months of night can wreak havoc on sleep patterns and health. In Hong Kong, long working hours and smartphone addiction can do the same

It’s a perfect day in Antarctica – the sky is blue, the sun is bright and there’s not even a whiff of wind. Penguins glide through the crystal clear water and from the deck of your expedition ship you watch them come ashore noisily.

Even though it’s long past dinner time, the exhilaration of this otherworldly landscape keeps you up and since it never gets properly dark – the midnight twilight is enough to see the glaciers that roll down to the sea – you stay on deck long past bedtime, absorbing it all. This a common temptation for many first-timers to the polar regions, but old hands know the importance of keeping a good sleep routine.

“At the beginning it is very elevating and you stay up to midnight, one in the morning, and you will feel fantastic. And then you might get up at 4am or 5am because you are in the pack ice and you feel you have to look out for polar bears. But after three or four days, if you are not getting enough sleep, you have to be careful because you realise you are not making the best decisions,” says Hannah Lawson, who leads expeditions to the Arctic and Antarctic for the tourism company Polar Latitudes.

This is critical for the expedition team, who drive the inflatable dinghies and are responsible for guests, but it’s equally important for visitors who run the risk of exhaustion and doing things that may put their lives at risk in the harsh environment.

“Because of the 24-hour daylight you don’t feel like it’s the middle of the night, especially in the Arctic where the sun is just going around in a circle over the horizon, it’s not dipping at all. There’s hardly any difference between midday and midnight in Svalbard,” says Lawson. 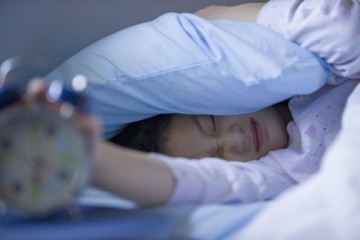 Most of us rely on the sun to dictate our daily sleep-wake cycle. As the evening wears on we begin to feel sleepy, and are wakeful when the day begins. This pattern is part of our circadian rhythms, which are controlled by the body’s internal clock. But the pattern doesn’t hold true for those living at the poles, where during the summer there are 24 hours of sunlight and, during winter, 24 hours of darkness.

Needless to say, this plays havoc with the body’s circadian rhythms – and it’s not just sleep and wakefulness that are affected. Mental alertness, mood, stress, heart function, hunger and immunity also operate on a daily rhythm.

The body is so sensitive that even a relatively small change can cause problems. In the UK and the US, where the clocks go forward one hour in the spring so that evening daylight is an hour longer, studies have shown the switch comes at a cost. There are more car accidents on the roads, lower productivity in the office and a 24 per cent increase in the number of heart attacks the Monday after the clocks change.

If that’s what a one-hour change can do, it’s clear that not getting any darkness for the whole summer will have an impact.

Sunniva Sorby, the education co-ordinator for Polar Latitudes, has travelled extensively around the Canadian Arctic, Greenland, Norway and Antarctica. She knows the importance of setting a good sleep routine at the poles and goes to bed at a reasonable hour and gets up at 6am.

“If I didn’t get enough sleep it would impair my ability to stay safe,” says Sorby. In 1993, she was part of a four-woman team that skied for 67 days, hauling 90kg sleds into severe headwinds, to become the first women’s team to reach the South Pole on foot. In this case, the gruelling 12-hour treks each day meant they had little trouble falling asleep and the daylight was a comfort.

Constant sunlight in Antarctica also poses the risk of sunburn – made worse by the hole in the ozone layer – and even sunburn of the eyes. Known as snow blindness, because ultraviolet rays reflect off the snow and burn the corneas, it can even occur in a snowstorm if the cloud cover is thin.

Anaesthetic eye drops and cold compresses can help treat snow blindness, but prevention is best, and that means wearing wrap-around polarising sunglasses. It seems hard to believe now, but the early explorers used cocaine to treat snow blindness. The medical kits of British explorer Ernest Shackleton and his team were packed with plenty of psychoactive drugs when they set off for the South Pole in 1907. Cocaine was brought to drip into the eye to cure snow blindness, a tincture of cannabis was used to treat colic, and chalk was ground up with opium as a cure for diarrhoea.

Winter at the poles is more challenging than summer because of the lack of sunlight. Extended periods without sunlight can lead to a number of significant health concerns. Regardless of how mentally fit someone is, a lack of sunlight causes people to become vitamin D deficient, and sickness and depression are two key symptoms.

The brain needs the input of sunlight through our eyes each day, but that’s not all we need to control our body clock and circadian rhythms. Genes are important, too. If humans are kept in total darkness and allowed to just run off their body clocks alone, then the body’s daily cycle lengthens to about 25 hours. To keep to the 24-hour cycle our genes also play a role. If people lack those genes, then their body clock strays even further.

Research into circadian rhythms is ongoing and scientists are continuing to discover key connections between a disrupted body clock and serious health issues. A study published this year showed that a lack of sleep could put a person at risk of obesity and type 2 diabetes. The research, conducted by the University of Bristol in the UK and Weill Cornell Medical College in Qatar, looked at how people often sleep less on weekdays and catch up on the weekends. It found the difference in sleep hours between weekdays and weekends can lead to a pre-diabetic state in much the same way shift work can.

In Hong Kong, where many of us get by on less than the coveted eight hours a night, we could learn these lessons from the polar regions. Living relatively close to the equator, we are treated to a healthy balance of night and day, but long working hours and a not-so-healthy addiction to our tablets and smartphones means we often alter this natural balance.

We know far more now than we did 20 years ago about how our body clock interacts with and controls key functions. All the findings suggest that keeping your body’s daily cycle in balance is one of the best things you can do for your health.