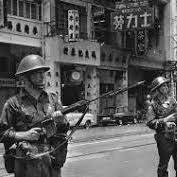 Events to mark this month’s 50th anniversary of the 1967 riots in Hong Kong, organised by people arrested during that time, have been postponed on orders from the Chinese government’s liaison office in the city, which feared the event would spoil celebrations for the 20th anniversary of its handover to Chinese rule.

“The rioters planned to show two films and organise a seminar in May, but they were told by the central liaison office not to hold any activities before July 1 and immediately they took the order,” journalist Ching Cheong said at the Foreign Correspondents’ Club on Wednesday during a club lunch discussing the legacy of the riots.

The former rioters, members of the 67 Synergy Group, planned to screen two new films about the riots – The May Storm and Number One Sino-British Street – both in Cantonese. Professor Ming Chan, a fellow at the Hoover Institution in the United States, was set to chair the seminar.

“The rioters themselves, who are so eager, adamant at reversing the verdict on them, still prefer to take orders from Beijing. I was told by Professor Chan that the events would be postponed until end of the year,” said Ching, who had been invited to speak at the seminar.

He lauded the documentary by Connie Lo Yan-wai, Vanished Archives, which is the result of four years’ work gathering archive material about the riots, in which 51 people were killed, including Commercial Radio host Lam Bun, known for his criticism of leftist extremism, who was burned alive.

“I think it’s good Connie has produced this documentary. As for society at large, I think that the police will ensure that nothing will dare to embarrass the president coming to Hong Kong,” said Ching, who was accused of spying for Taiwan in 2005 and jailed in China for three years before being found innocent and released. Chinese President Xi Jinping is widely expected to visit Hong Kong as it marks 20 years under Chinese rule.

Ching expressed concern at what he sees as the Hong Kong government’s attempts to rewrite history, beginning with the decision in 2001 to award the Grand Bauhinia Medal to Yeung Kwong, a pro-Beijing working-class leader who instigated the 1967 riots, and a Gold Bauhinia Medal to George Ho Ho-chi, the founder of Commercial Radio. 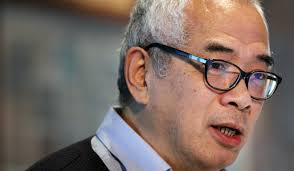 He cited other examples – in 2010 two legislators from the Democratic Alliance for the Betterment of Hong Kong, a pro-government party, openly claimed that Chinese communists had nothing to do with the assassination of Lam Bun. And in 2015, changes were made to the account of the riots on the Hong Kong Police website. One line that previously read: “Huge mobs waving Mao’s quotations and chanting slogans rallied at Government House” was changed to “Huge mobs finally rallied at Government House”.

“Given all these attempts to rewrite history, I think Hong Kong society needs to stand firm against such moves to whitewash history,” said Ching.

He is worried about the future of Hong Kong, particularly as many of those who were involved in the instigating the 1967 riots, the leftists, now hold positions of power. He pointed in particular to DAB legislator Holden Chow Ho-ding, and said many members of statutory organisations in Hong Kong are hand-picked by the Chinese government’s liaison office.

Ching talked of a “subcultural revolution” in China – a political atmosphere not as extreme as but similar to the Cultural Revolution which swept through the country between 1966 and 1976.