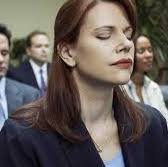 At a recent lunchtime gathering in Central, TM instructor James Meade was asked what sets his HK$6,800 course apart; his response was surprisingly weak

The health benefits of meditation are widely recognised – it has been scientifically proven to reduce stress, improve concentration, increase self-awareness and happiness and even slow ageing.

There are many different kinds of meditation – walking, breathing, guided visualisation, mindfulness, to name just a few – and they tend to rub shoulders quite happily with each other. Find one that works for you and if you feel better for it then keep doing it, a wise and calm friend advised me more than a decade ago.

So I was surprised to be told at a recent talk on Transcendental Meditation (TM) that this was the only kind of meditation that truly works, and nothing else comes close. It seemed a rather dogmatic view, so I persevered, explaining that other styles of meditation such as Zen meditation have also been shown to produce alpha waves in the brain, just as TM claims.

“Nothing even comes remotely close to Transcendental Meditation. We’d love to be in the laboratory and look at the differences [between other forms of meditation and TM] and if it’s the same, then God bless if it can do that,” says Los Angeles TM instructor James Meade, briefly slipping out of his calm demeanour. Meade, who learned TM aged 25 in 1970, was in Hong Kong with his wife, also a TM practitioner, to speak about the practice.

Let me be clear – I wasn’t doubting the benefits of TM, merely suggesting that other forms of mediation achieved similar results.

It does seem a hard sell, but then it’s worth noting that TM is very much a business. Unlike other forms of meditation that can be learned free of charge or at little expense, TM must be taught by a recognised instructor. It costs HK$6,800 for the four-day course, available only through Transcendental Meditation Hong Kong. Incidentally, it takes just five months to train to become a TM instructor.

“You can’t learn this from a book, you can’t have a friend tell you how to do it, it will not work. We love to see commitment. If we’re going to train someone, we become like a mother or a father to this person for the rest of their life,” says Meade.

TM originated in India and was founded by Maharishi Mahesh Yogi, who famously taught The Beatles the technique in the late 1960s. It is practised for 20 minutes, twice a day, with the eyes closed. It has become increasingly popular, especially in the US, thanks to the endorsement of some very high-profile people in the entertainment industry and the business world.

Jerry Seinfeld has been practising for 40 years and in 2012, when Oprah Winfrey featured a visit to the national TM Centre in Iowa, thousands of Americans signed up to learn.

And on the corporate side, a decade ago Ray Dalio, founder of investment management firm Bridgewater Associates, introduced TM to his 735 employees. It’s this big success story that Meade begins his talk at the Hong Kong Foreign Correspondents Club entitled “Why Wall Street Loves Transcendental Meditation”.

“It’s the only technique that is completely effortless. We don’t chant, we don’t strain. We use a particular sound that you will be given,” Meade tells the small lunchtime gathering. There are indeed a handful of “suits” in the audience, clearly drawn by the title of the talk.

That “particular sound” that he refers to is a mantra that is given to the TM student during their four-day course. TM initiates are told not to reveal their mantra or it will lose its power. Given this perceived risk, TM meditators keep their HK$6,800 word to themselves, but I’m able to speak to a couple of practitioners in Asia.

Grace Yuhming Chow is a TM instructor who heads up the TM group in Hong Kong. The local group has been registered as a charity since 1978 and membership has been growing slowly and steadily. In 2014 it had 10,370 members and today it has 10,940. Chow introduces me to Benjamin Wong, who works at a US bank in Hong Kong and took the course about a year ago. He has also practised other types of mediation – breathing, walking and mindfulness.

“I think the fact that I practised other meditations as well [as TM] has helped. Meditation helps, full stop. It gives you better clarity of mind, being more at peace and aware, and lets you step back from business life and see how your mind works,” says Wong, who has been practising TM exclusively for the last six months.

The banking sector is the target of Meade’s current call for members and he says Chow has taught many traders and stockbrokers in Hong Kong.

In the Q&A section at the end of Meade’s talk Catriona Rogers, a counsellor and coach at the Integrated Medicine Institute, a natural medicine clinic with several branches in Hong Kong, says she believes the claims that Meade makes about TM are scientifically verified, but says there are other meditation techniques that make similar claims. She points to Singaporean-born engineer Chade-Meng Tan (known just as Meng), the author of Search Inside Yourself.

“When Meng did mindfulness he was so impressed with what it did for him that he introduced mindfulness as part of the corporate culture at Google, and many of the claims are similar. What sets Transcendental Meditation apart?” asks Rogers.

Considering that this is a question which must have been asked many times, Meade’s response is surprisingly weak: “There are a lot of varieties of mindfulness – you can learn it from a book, learn it from a friend, it’s not carefully quality-controlled the way TM is.”

Meade hasn’t actually answered the question: what sets TM apart? The FCC audience waits patiently, but his follow-up response is disappointingly uninformative: “With Transcendental Meditation we transcend in the morning and we grow progressively in this ocean of bliss.”

Then he informs us that although some of the descriptions of meditation may sound similar they are not, and announces: “It is harmful to concentrate on your breathing; we don’t do it.”

Harmful to concentrate on your breathing? And to think I’ve done that a number of times, unwittingly dicing with danger, and miraculously escaped.

But back to Wong, who comes across as rational and sensible and has clearly seen benefits from TM – as well as other forms of meditation. He works in risk management and governance and works with his team to come up with creative solutions to problems. He says TM – and other forms of meditation – have made him aware of how he is showing up in other people’s lives, as a son, boyfriend, colleague and with his stakeholders at the bank. He recently received an e-mail from someone in the US thanking him for his leadership during a particularly challenging project.

“I think that TM is one of the many things in my life that helps. I also keep fit as well, practise martial arts and go to the gym before the office starts. These are the things I’m doing to make a better version of myself,” says Wong.

He says there are many different personalities working at the bank, including some headstrong, alpha characters, and believes that if they all meditated for 20 minutes in the morning they could achieve by lunchtime what they usually do in a day.

“If they all practised some form of meditation, including TM, people would be more professional, egos might be set aside,” says Wong.

Susie Lo, a business development manager in Singapore also introduced by Chow, took her TM course in July last year. She says she doesn’t react to situations as quickly as before and is less panicky.

“I make decisions fast, am a bit more effective. I don’t know if it’s TM, but some people say it must be,” says Lo.