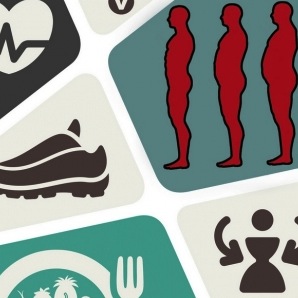 It’s harder to stay lean as you age, but middle-age spread can be moderated with exercise and a healthy diet

There’s nothing attractive about middle-age spread, but when those cheeky love handles turn into a tyre around your middle, there’s more at stake than not being able to fit into your favourite jeans – it’s a serious health risk.

As we age, changes in our body make it easier to pile on the pounds – our metabolism slows, muscle atrophies and hormone levels change. Add to this a more sedentary and often more stressful lifestyle and it all adds up to a gut.

That’s the last place you want to store fat because belly fat increases your risk of heart disease, cancer and diabetes.

Before this gets too depressing, the good news: getting older doesn’t have to mean getting fatter, it just means working harder to keep the weight off and being smart about it. The first thing to realise is that when we hit middle age we start losing muscle mass and so don’t need as many calories as we did in our youth.

“Once you get into your 40s you probably need about 200 fewer calories a day, which means if you keep eating the same as you did in your 20s you will gain weight,” says Dr Nichola Salmond, a general practitioner at Dr Lauren Bramley & Partners.

To keep the pounds off, you also have to make smart food choices. Everything we know about a healthy diet holds doubly true. Dietitian and nutritionist Gabrielle Tuscher draws up individualised diet plans for clients based on their age, gender and lifestyle.

Someone who works out five times a week will need a higher calorie intake than someone the same age who only works out twice a week, but there are some factors that remain true across the board. She recommends keeping your metabolism up by eating small and more frequent meals and keeping a careful watch on portion size.

She also recommends decreasing your sodium intake. High levels of sodium have been linked to cognitive decline and an increased heart risk in older adults. “Lower sodium will also make your skin look tighter,” she says.

Exercise is a must. If you sailed through your 20s and 30s without having to make an effort to stay trim, you’ll have to get active in middle age or get a belly. “You should do both cardio and weight-bearing exercises, as both are good for you. But the weight-bearing exercises are more likely to help you lose belly fat,” says Salmond.

That doesn’t mean you have to start pumping iron in the gym. You could do lunges, squats or yoga, which improves stability and flexibility as well as build muscle. The more muscle you have, the more calories you burn – even at rest – so maintaining muscle mass, or increasing it if possible, is key.

All but one of our hormone levels drop as we age. Cortisone, the stress hormone, is the only one that increases and we can do without that because among other things it’s known to increase belly fat. Fortunately, regular exercise will reduce cortisone and stress.

Tuscher says many of her clients who have recently reached menopause tell her they can’t understand why they are gaining weight when they are eating, and exercising, as they always have done.

For men, falling testosterone levels as they age contribute to weight gain around the middle. In extreme cases, testosterone supplements provide a solution, but it’s still a controversial treatment.

A study presented to the European Congress on Obesity showed that taking testosterone supplements helped older obese men lose an average of 16kg over five years.

“Optimising oestrogen and progesterone levels does help a bit [with weight loss], but if people don’t cut down on their carbs or exercise then it won’t make much difference. I would only optimise their hormones if I thought it really was an issue and other ways weren’t working,” says Salmond.

Growth hormone levels also drop as we age and this in turn affects muscle mass. The first steps to redressing the balance are exercise and a wholesome diet to help maintain muscle mass. If it feels like you have to work a lot harder to stay fit as you age, it’s because you do.

Brown fat is the “good fat” found at the back of our neck that helps to burn the “bad” white belly fat. A recent study published in the January issue of the science magazine FASEB Journal showed that as we age, the thermogenic activity of brown fat reduces. So it really is an uphill battle, but it is still one that is worth fighting.

One of the most commonly overlooked factors in weight gain is a thyroid disorder, says Salmond. The likelihood of the condition increases with age, and is affected by other hormone levels.

Women are four times more likely to get a thyroid condition than men, but it often goes undiagnosed. Other symptoms include fatigue and hair loss. If you are exercising and eating healthily, but still gaining weight in middle age and you don’t know why, Salmond recommends seeing a doctor and having your thyroid checked.

“A lot of people are not having it checked. They may be borderline and could benefit from treatment, but aren’t being treated,” she says.

Then there’s the sometimes-cruel trump card of genetics. There will always be some people breeze through middle age without gaining weight and others who work hard at looking after themselves and still pile on the pounds.

That’s just the luck of the genes. “Some people are genetically predisposed to gaining weight, but at least addressing diet and activity levels will help to stave off some of that,” says Tuscher.

She notes a tendency for people to tackle middle-age spread by swinging from intense physical activity and a strict diet to their usual bad habits. Achieving a balance has a lot to do with finding a way to work it into your lifestyle. Pick an exercise that you enjoy, whether it’s tennis, soccer or hiking, and you’ll be more likely to stick at it. Salmond recommends wearing a fitness tracking wristband, so that you become more aware of your body and how your lifestyle affects it.

“It’s not just about going to the gym, it’s about day-to-day calorie burning. If you’re on the phone, try and stand up, for instance. Standing burns twice as many calories as sitting,” Salmond says.