Home / Health / Happy foods: how your diet can shape your mood 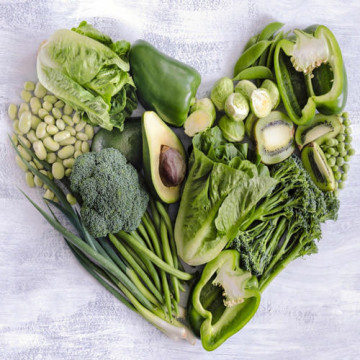 It’s no secret that eating certain foods will make you feel good, while others may leave you in a slump. So if being happy is on your agenda, think about what you put on your plate.

It helps to understand a little of the science behind food and mood. It is all to do with neurotransmitters, the chemicals that send and receive information around the brain and body. You have most probably heard of serotonin, dopamine and adrenaline.

“Half the population is somewhat depressed and a lot of it is manifested not through emotional factors but the inability to have good neurotransmitter levels,” says Chris Manton, a nutritional biochemist at Dr Lauren Bramley & Partners.

As with most things, there are shortcuts. For a quick feelgood buzz, chocolate will do the trick. Its effect is strong and almost immediate. Other foods have a more subtle and long-lasting impact. 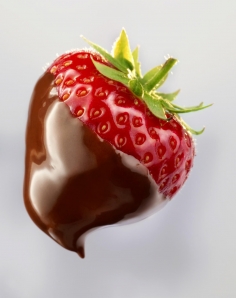 But if you want to feel good most of the time – rather than in short bursts – then you need to build up your neurotransmitter levels in your brain. One of the best ways of doing this is to ensure that you have enough folate in your diet.

A diet with plenty of dark green leafy vegetables, Brussels sprouts, endives, spinach and silver beet provides plenty of folate. Folate is killed by heat, so it’s important that the vegetables aren’t cooked too much. Raw is best.

To improve your overall mood, you need to work on improving your serotonin levels. Anyone affected by seasonal affective disorder, or SAD, will be low on serotonin. Smoking and drinking also deplete it, as does stress. When we don’t have enough of this hormone, we sleep poorly.

“The way to make serotonin is through an amino acid called tryptophan. You can get tryptophan by eating high protein foods like turkey, eggs and nuts,” says Manton.

Walnuts are especially good. Not only are they high in omega-3 fatty acids and vitamin B6, but they are also high in tryptophan and folate to help fight depression.

In order for tryptophan to be made into serotonin in the brain, you need to have a little bit of carbohydrate taken with the protein at the same time, says Manton. So if you are having turkey, eat it with a little brown rice. Walnuts, which contain both protein and carbohydrate, are a one-stop happy snack, Manton says.

Lentils are another winner. Just three dessert spoons are enough to get a serotonin hit because they contain the trio of tryptophan, protein and carbohydrate.

Also high on the list for happiness is fish – and salmon in particular. Salmon is packed with vitamins D and B12 as well as omega-3 fatty acids. And it is also good for boosting your serotonin levels, helping to fight off depression and lift your mood.

Another surprising “happy food” is bananas. Eating bananas boosts the dopamine levels in your brain, which reduces depression. They are also high in vitamin B6 and magnesium.

“Foods high in magnesium and B6 help you make GABA, the neurotransmitter that calms people down. People who don’t have enough GABA are anxious,” says Manton.

It has been recognised for some time that dark chocolate is good for you – in moderation (think 20 to 30 grams). It elevates moods too, as it contains phenylethylamine, which is a pre-cursor to aid the production of dopamine and noradrenaline.

“There’s an endorphin-like molecule in chocolate called anandamide and this is one of the things in chocolate that gives rise to the bliss effect,” says Manton. “All mood is actually created through these chemical effects.”

Blueberries and strawberries are also on the feel-good food list because they are high in antioxidants that stimulate dopamine production. For double happiness – and a classic Valentine’s treat – dip them in dark chocolate.

“Strawberries dipped in chocolate means that you are mixing the bliss effect from the anandamide with the love feeling you get from phenylethylamine,” says Manton.

Oysters are another Valentine’s classic that’s sure to put a smile on your face. These are high in vitamin B12 which is essential for the production of serotonin and dopamine.

“Vitamin B12 is really only found in significant amounts in animal protein foods, so this is why vegetarians are more at risk from depression due to the lack of B12 in their diet. Vegetarians should be encouraged to take vitamin B12 supplements to avoid this problem,” says Manton.

And while technically not a food, krill oil is worth mentioning because it has been getting a lot of positive attention recently. A study by Norway’s University of Bergen showed the oil, which comes from tiny shrimp-like animals, had an antidepressant effect on rats. Another trial was done recently on humans, but the findings haven’t been released yet.

“Krill oil is the new kid on the block. It’s much better absorbed by the body than what people know as fish oil and has all these healthy fats,” says Manton.

He also recommends including fermented foods in your diet to make sure that you have plenty of good bacteria in your intestine, which improves mood balance and alleviates anxiety. His personal favourite is coconut milk yogurt, which is high in protein and a dairy-free way of getting enzymes and probiotics into your diet.

Another alternative is sauerkraut, also known as fermented cabbage, preferably home-made without preservatives or added sugar.

For happiness, it’s just as important to avoid certain foods. Wheat can be a real downer as it suppresses the production of the happy hormone serotonin. Another party pooper, which has come in for a lot of criticism in recent months, is sugar.

“It affects this so-called brain-derived neurotrophic factor,” says Manton, referring to the brain chemical that is responsible for the development of new brain tissue.

The bottom line for a happy diet? “Eat plenty of fish, eggs, nuts and turkey and make sure you’re having some carbs with those foods,” says Manton. “Expose yourself to light as much as you can, and avoid wheat and sugar and too much alcohol.”